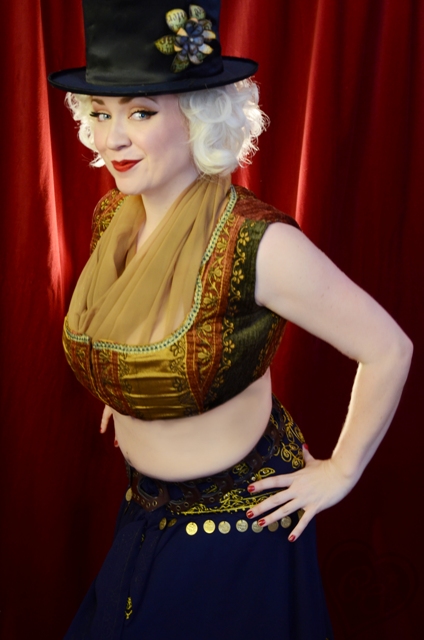 MUH and Photography by Pin Up Girl Cosmetics

Per Matt
Dragon Con 2013 offers a burlesque variety show that reveals a wide-range of characters!


Talloolah Love Presents: Dragon Con Burlesque – A Glamour Geek Revue will be featured late-night entertainment on Saturday for convention-goers of Dragon Con 2013. Miss Love previews her show, looks ahead to the convention and delves into Geek Culture.

Is this your first Dragon Con?
– “Oh, no! I have been coming to Dragon Con since I was 19, so what… that makes… three years now? (wink) No, that makes a lot more years, but let’s say three to be nice.”

Will you be performing, or just producing Glamour Geek Revue?
– “I am performing and doing a small presentation at the beginning of the show. Last year, I entered as Darth Vader. This year… well, it’s a surprise. Just you wait and see.”

How would you describe Glamour Geek Revue? What can attendees expect?
– “Variety! There’s a lot of burlesque of every flavor of pop-culture geekdom. I have magicians, singers, dancers, and teasers, Filkers, fantasies, fabulousness and fanciness. What you can expect is the unexpected from the beginning to the end, and what I can guarantee is if you don’t like one thing, just wait five or six minutes, you will see something totally different.”

When is Glamour Geek Revue taking place?
– “Saturday at 11:59 pm at The Hyatt Regency Ballroom”

What is the price of admission?
– “Your badge to the con gets you in.”

I’m guessing you’re into retro culture. Are there any retro geeky things you incorporate into the show?
– “There’s New Who, there’s old Trek, there’s Star Wars, and there’s steampunk. All of the teaser acts have roots in the classic tease, but I don’t want to give too much away, because part of the fun is the surprise of just how much geek culture we can cram into one show.” 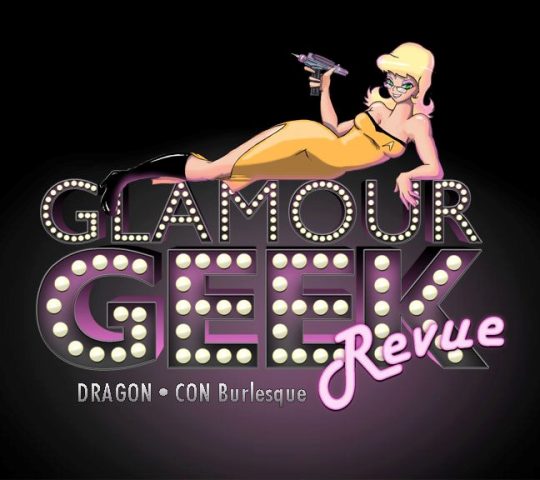 So, about this opening band, Curtis Eller’s American Circus… tell us about them.
– “Oh, I am so glad you asked! Curtis Eller and I have been working together for years. He is rather indescribable, but I can say that you won’t forget him and his angry yodeling about American history… oh… and his banjo. This is the first year that The Glamour Geek Review has ever incorporated a band, and I am hoping that it will make the entry into the show more pleasant for those who have been waiting in line for a long time. Curtis and his ragtag band are just fantastically entertaining. I think people will be very pleased.”

What can you tell us about this emcee of yours, Montague Jacques Fromage?
– “Oh, I could tell you a lot, darling, but would it all be relevant? Probably not, but what I can say is that his work really speaks for itself. He is coming in from his world tour and he is the originator of The Steampunk Funk. I am so fortunate to have him as part of my show, but not nearly as fortunate as those in the audience, who will be witnessing his mastery behind the mike.”

What are you most looking forward to at Dragon Con?
– “Besides my own events? Two things. The Bunny Hutch on Thursday at The Pulse Lounge in the Marriott Marquis, and seeing The Fraggles and their parents.”

What are you currently geeking out to?
– “What am I not a geek of? No, really, I am a HUGE Song of Ice and Fire fan (television fans know it as Game of Thrones). I love both the show and the books. I have seen the series three times, from beginning to end and I have read the series twice. As soon as Daddy Martin announces the release of the next book, I will read them again, and possibly watch the series again when I need to come up for air. I have been rewatching The Fraggles while I have been working on the behind-the-scenes stuff for The Revue, though.”

“Other things I am in to: The Cumberbatch Sherlock, The IT Crowd, The Venture Bros, George Perez’s Wonder Woman for nostalgia, and the New 52’s Wonder Woman totally rocks my face, I love the old Star Trek, and though I have not watched much of the old Doctor Who, I love the new Who. MST3K was my bread and butter, in my youth and vintage NES if you’re gonna play video games. It’s the only way to go, for me. But then, I am a bit old fashioned. I could go on, but I think it might be a bit gratuitous.” 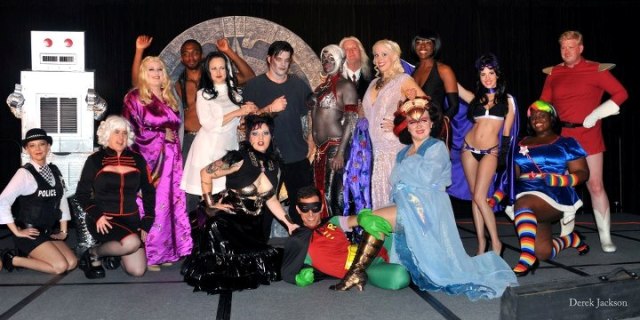 Do you currently perform for the Atlanta Burlesque & Cabaret Society?
– “Oh, I run The Atlanta Burlesque and Cabaret Society. It is an opportunity for the entire community to get together. I am talking new and experienced performers, aspiring performers, fans, photographers, curious and stumble-ins to come in to The Elliott Street Pub to talk about current events, shows, politics within the scene and have a good time getting great drinks and tasty food. Most months, the performers will do an act that is either conceptual, almost done or done, and they will either get exposure or feedback, depending on what they want from it.”

“In the end, they receive a video of it. This is my way of encouraging a scene filled with more camaraderie than back biting, which is something you see a lot of when creative people don’t communicate. This is just a way for all of us to blow off steam and learn from each other, no matter what part of the audience they are. You are getting feedback from performers, fans and photographers of all experience levels of burlesque. It’s a really powerful but fun thing.”

Besides burlesque dancing, what are some of your other hobbies?
– “I am a writer. I don’t get paid to do it, so I guess that’s considered a hobby right? But I got published in a book, The Steampunk’s Guide to Sex, with Alan Moore last year. So I guess it’s a legitimate hobby. I like making beautiful things for myself, mostly accessories. I combine vintage pieces or pieces that aren’t meant to be together. I love hats, and purses and headpieces. Not all of them are stage worthy and unfortunately, I form a bond with most of them, to the point where I couldn’t POSSIBLY sell them. So, yeah, it is most definitely a hobby. I hoard shiny things, till they fall apart and become new shiny things.”

Will you be taking Glamour Geek Revue onto the road, to other conventions?
– “I produce shows for other conventions all the time, but I cater it to the convention. I have done a few here in Georgia, but I have also produced shows and parties in Texas, and New Jersey as well. In all cases, I act more as a talent scout because I have traveled all over the country, and I have contacts in almost every state. It makes building a show on a budget a lot more feasible, because I can use local talent and still make an incredibly relevant, professional, no-muss, no-fuss show.”

Where will you be appearing next?
– “After the show, I will be holding my monthly meetup at The Atlanta Burlesque and Cabaret Society at Elliott Street Pub. The rest of the year is going to be dedicated to family and possibly a few benefit shows.”