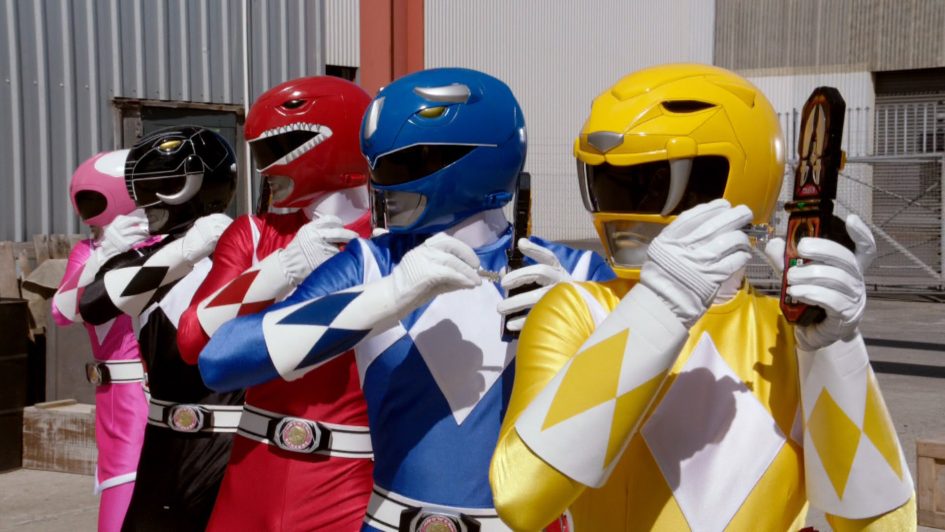 If you grew up in the ’90s like I did, then your Saturdays more than likely included the Mighty Morphin Power Rangers. It aired on Fox and told the story of five teenagers who are chosen by the mystical Zordon to defeat his nemesis, Rita Repulsa. The two enemies, thousands of years before, fought a battle where each was imprisoned. Rita and her minions, Goldar, Squat, Baboo and Finster were trapped in a dumpster on the moon, while Zordon was cursed into a time loop.

The Rangers, Jason, Trini, Kimberly, Zack and Billy were given power morphers to transform into suited heroes with fighting abilities and enhanced strength. Each had a certain color and corresponding prehistoric creature featured on their helmets, as did their mechanical fighting robots, called zords. Every time some monster foe would fight them, it seemed to follow the same formula. They would meet in an area suitable as a battleground, like a park or construction site. The monster would have all sorts of different abilities or henchmen that would overpower the Rangers with hits that would throw them into the air, acrobatically, complemented by flashes of sparks or smoke. As soon as the Rangers would get the upper hand, their opponent would grow to the size of a small high-rise. That would leave them with no choice but to call in their vehicular zords in the form of a t-rex, pterodactyl, triceratops, wooly mammoth and sabretoothed tiger. Often, this wouldn’t work, either, so they would combine their zords into one giant mega-zord, with each taking the form of the robot’s limbs and headed torso. Using a giant sword or laser-like weapon, the ranger’s mega zord would defeat their aggressors, unless they were too overpowered and had to be saved by the green ranger (later white) in an instance of deus ex machine.

The TV show was quite formulaic, but was always worth the watch as a 6-year-old kid. The premise was actually derived from the Japanese television series Kyōryū Sentai Zyuranger, part of the Super Sentai series, which provided stock footage of the show. As the Japanese series evolved, so did the American series. The Rangers went through twenty different variations from 1993 to present, including ninja, samurai and space police variants.

Though the series went through certain nuances with their stories, they always felt similar in nature. The themes were often lighthearted and the action was never above cartoonish violence. The supporting characters were always goofy, constantly giving the show an atmosphere of absurdity. Characters like Bulk and Skull were pitted as bumbling bullies that were too foolish to do any real harm. Alpha 5, Zordon’s robot assistant, was the most animated character on the show, always crying out in a high-pitched distressing voice. Even the antagonists acted in ridiculous stupors and failed because of them.

The success of the show spawned a couple of movies early on. The 1995 movie adapted most of the original Rangers and changed their morphing personas and zords to spirit animals, including a frog to the chagrin of the new black ranger, Adam. The movie decided to push the original adversaries to the backburner and introduce Ivan Ooze as a new villain. His purple ooze was used as a hypnotic agent to overpower adults into uncovering his war titans, which he used to rule Earth thousands of years before. The Rangers ultimately prevailed and were featured again in Turbo Power Rangers, in 1997. The movie was set up to bridge the series between Power Rangers Zero, and the Power Rangers Turbo series.

Now, the upcoming Power Rangers movie, directed by Dean Israelite, is breaking away from the norms that the show depicted. The production almost looks like something from the camp of Michael Bay; a cultural kids show from decades ago turned into a more matured-themed action movie. Knowing that Rita Repulsa (portrayed by Elizabeth Banks) will be the nemesis, we can hope to see other familiar villains from the series. Perhaps a little foreshadowing for future movies with someone like Lord Zedd is in order, with completely choreographed fight sequences that aren’t hokey and overacted from the series.

So, this weekend’s release will bring some nostalgia to a lot of millennials and will probably entertain some younger kids, too. The Power Rangers began transforming kids’ television from action-packed cartoons to real action on their TV screens. The new movie looks to reimagine the Saban’s Power Rangers for the 21st century.