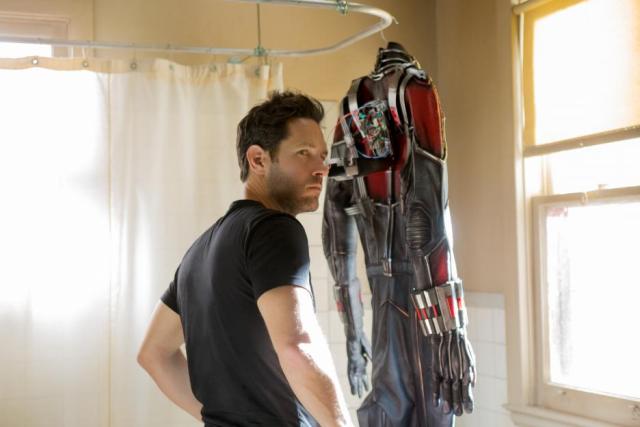 Ant-Man will make it big in your heart!!

So, I just watched Ant-Man with Paul Rudd and was highly expecting somewhat of a letdown by the previously well-known comedy actor. Let me say this, this man can turn it around and still have his own flavor to the superhero genre! Much like the change of the Incredible Hulk to the newly donned Mark Ruffalo, Paul Rudd does an awesome job pulling out the character of Ant-Man.

The movie pulls at the heart strings by including a family story in the introduction of this lesser-know Marvel superhero, but still ties in nicely to the up-and-coming Marvel Universe. I will say, though, the movie is a little heavy-handed with the rest of the Marvel Universe references throughout the movie. So much so, I really didn’t even feel like staying around at the end, for the typical after credits “Easter Egg” that Marvel normally leaves us. All that aside, the overall movie was a great opening act to the Ant-Man saga.

We get introduced to the character, by way of a little back-story, to lay down the foundation of his character. There are a few too many foreshadowing things that can almost be picked up way too easily by anyone paying any slight attention to this movie. The supporting comedy-relief characters were a bit annoying, in my opinion, but could be seen as lovable by others. The overall movie was a bit fast paced, along with the heavy-handed Marvel references, because this movie and character are coming late to the game, to be attached to future Marvel-cinema forays.

Overall, I would give this movie a 3 out of 5, for the good-time-gone-quickly style of the movie. He doesn’t have a memorable spot in my heart just yet, but this is the first movie with this character. I hope future involvements of this character will further develop into an awesome team dynamic, as he worked very well as a lead character. I would like to see his flavor when not playing the main role.

– Rusty Greer is a writer for txtNation.tvt