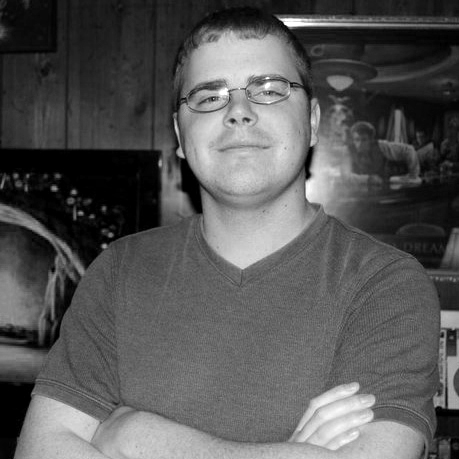 Per Matt
Building the framework to a computer game doesn’t happen overnight, just ask Tyler Drinkard, who is currently working on SpaceVenture, by the Guys From Andromeda. Working with the Guys has been a life-long goal for Tyler, who grew up loving the classic video games produced by Sierra. In our interview, Tyler discusses telecommuting across time zones on the project, a four-day cram session in Charleston and releasing some steam by hosting Rock Band parties.

The name Tyler Drinkard, sounds like an alcohol title. Do you consider it “work” to live up to that name?
– “Ha! Move over, P. Diddy. Outta the way, Fergie. Tyler Drinkard brand vodka, coming to a liquor store near you. I drink socially, so not having much of a social life, due to the workload, means I keep on the straight and narrow, more often than not.”

What is your official role with the Guys From Andromeda?
– “I am the Lead Engineer/Senior Developer for SpaceVenture (and possibly future projects!). I’m the architect of an entire adventure-gaming framework for Unity, tool-creator for the team and the general technical-spec encyclopedia.”

How did you initially find out about SpaceVenture?
– “I keep my ears to the tracks in the adventure-gaming community and I was keeping a very careful eye on Kickstarter after Jane Jensen’s successful campaign. One of my best childhood friends called me up shortly after SpaceVenture’s campaign started and gave me the heads-up. His excitement was through the roof and I thought he was about to tell me he was getting married or something of that nature. Instead of catching up, we geeked out and went full-on nostalgic over the phone for about an hour, then I immediately jumped online to pitch in.”

How did you get involved with the SpaceVenture project?
– “Crazy happenstance. The first part was simple enough; I sent off a resume. It was a pretty big shot in the dark for me, but I took my time. Tailored the resume to the job and popped it over the fence. For some reason, I thought to use an email address of mine that I don’t check often… like for months at a time. Thankfully, one of my friends accidentally sent an email to that address and I was only a week late in responding back to the Two Guys. So, it almost didn’t happen.”

Describe your average day working on SpaceVenture.
– “When the day starts, I fire up Unity, check out the latest version of code updates from the team and go to our collaborative software to check on tasking and priorities. Usually, there’s a cup or five of coffee involved. After the coffee IV, the fun begins. The day is usually a very fluid schedule of coding framework functionality, bug fixes and wrangling the team needs. Due to the nature of remote working, I keep Skype open at all times to field questions and get answers. There are usually a lot of WIP and feedback sessions going on, during all of this. Mark will occasionally send me masterpieces he calls concepts. I’ll be helping Ken with the event-driven system, while he’s rooting around perfecting the sounds in each scene. Scott lets me know he needs a new Thinger in the Narrative Editor. Etc.”

Can you tell me a little inside information about the team’s recent programming four-day cram session?
– “It’s very difficult, in a remote team, to communicate 100 percent clearly and I think all of us would prefer to be physically located in the same space because it’s zero-resistance interactions. We needed to get everyone in one room, sit down and go through as much detail as possible, on how to achieve things as a team. Prior to this meeting, a great deal of the work would hit pinch points, because we had everyone specializing on their corner of the game.”

“So, if the work-load piled up for one team member, it was like having a kink in the hose. Little to no water in that corner. Essentially, that session was about putting the power in all of our hands, to help pick up each others’ burdens when necessary and to keep the ball moving down the field. It just so happened that we were also able to shoot some footage for the backers and do some promo things in that time, which was icing on the cake. We also went out for a nice meal in downtown Charleston. No backer money was involved in the shenanigans.”

What kind of crazy things happened during that time?
– “Nothing crazy, honestly. Although, I was nearly strung up by my pinky toes, when they found out I didn’t have any coffee in the house the first morning.”

Were you a fan of the classic Sierra computer games?
– “I was, and still am, a HUGE Sierra game fan. The worlds, the stories, and the challenges were a large part of my childhood development, especially in a cognitive sense. Some of them probably shouldn’t have been … *cough* Leisure Suit Larry *cough* … but I always loved the learning aspects while playing Sierra games and that passion for learning has echoed from past to present.”

If so, which ones were your favorites?
– “Space Quest III was my absolute favorite, but it was also my first adventure game — ever. It’s not often, in life, that you can recall the first time something made you so purely happy, but playing through and beating SQ3 was my crowning achievement, at the age of 10. I spent the most time playing through Quest for Glory III, though, which I am actually in the middle of playing through again. Next on my list is the first Gabriel Knight game, which was the first adventure game that actually gripped me with the story and it was also the first game that I had to play on my own computer in my room. So, naturally, I was insanely sleep-deprived in school, for about a month.” 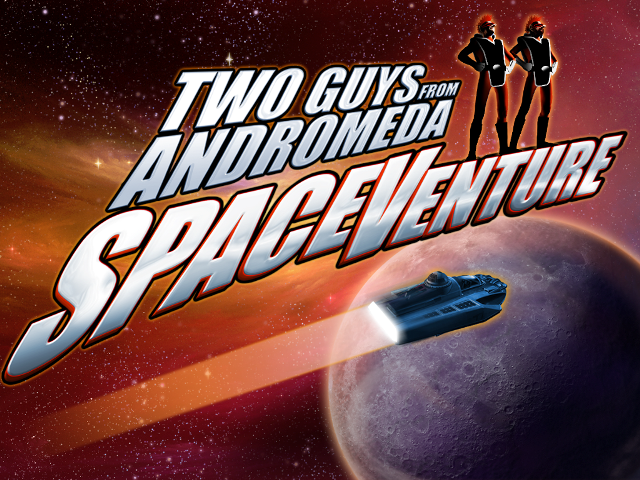 How is it possible you’ve only ever attended two conventions? And both of them are GMX?
– “I’ve always been interested in conventions, but I grew up mentally pretty quickly and got used to working, more often than not. Weekends get eaten up quickly with this project or that, and all of a sudden you’re not making time for the things that keep you youthful and lighthearted. My attendance at GMX was not entirely without work on both occasions and the package deal came with access to the green room as a special guest. There’s no way I’m passing up a chance to shake Hodor’s hand. Once SpaceVenture is done, I’ll have more time than I know what to do with and I’m sure conventions will be a welcome distraction.”

What was your highlight at Geek Media Expo Volume 5?
– “I got a surprise hug from Amrita Acharia, one of the handmaidens in Game of Thrones, just before she shot a picture with me. The look on my face is one of smitten bemusement. Best. Day. Ever.”

What’s it like telecommuting long distance with the rest of the SpaceVenture crew?
– “Honestly, it’s not as difficult as I thought it would be, but it has its challenges. For one, we’re sometimes working offset hours from each other and we’re staggered across timezones, so sometimes the answers don’t come immediately. The best part is that it’s like having a note-taker, all the time. If I have to remind anyone of something they said, I’ve got full time-stamped logs.”

How do you make the different time zones work out?
– “I make it work quite well by being available 24/7, for the most part. There are times that I’m just not at a computer, but anytime I am, I’m on Skype. That’s about 14 hours a day of coverage.”

What’s the best thing about working with the Guys From Andromeda?
– “Is this where I get to go squealy full-tilt fanboy? I have the honor of ushering in a new age of adventure games with the two most-influential game developers in the history of my world (the only one that matters, FYI). Being on the inside loop and seeing the process of all the departments has been an incredible inspiration to me, personally, as well. These guys are damn good at what they do and how they do it.” 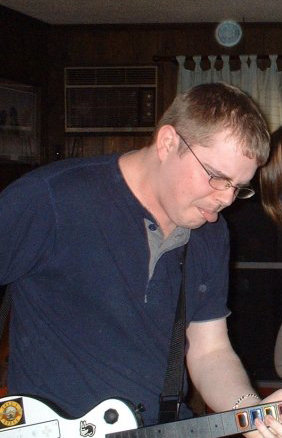 Is there anything else you’d like to add?
– “If Amrita happens to be reading this, at any point, I’m sorry the long-distance relationship wouldn’t have worked out. I gotta be free. #thuglife”