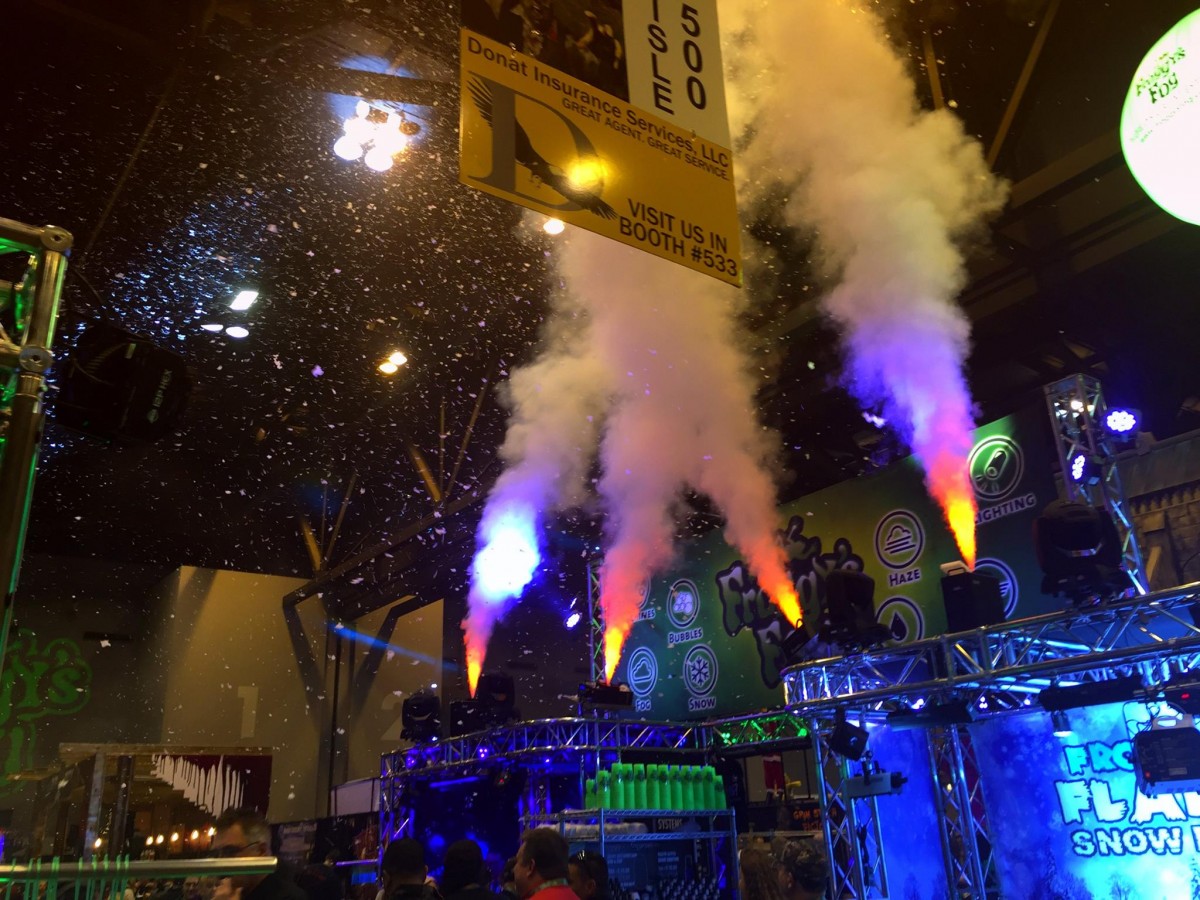 From March 17th – 20th, the beautiful city of St Louis, MO, was the home for one of the most-anticipated annual events for most haunters. I call it many things: My vacation, my haunters holiday and my Christmas in March. But to everyone else, it is called Transworld’s Halloween & Attractions Show.

The HAAShow is the largest trade show of its kind, with more than 350,000 square feet of space, consisting of close to 300 vendors and 900 booths, all competing for the precious dollars in the haunt industry. Vendors like Froggy’s Fog, ScareFactory and Distortions Unlimited bring their best products from past seasons, along with new “must have” products each year. Impressive they must be, in order to make their way into famous haunts like Netherworld, Headless Horseman, 13th Floor and The Dent Schoolhouse. According to Jennifer Braverman of Transworld, in an interview with HaunTopic Radio, “We have the largest show floor of anyone doing this type of event, anywhere. This year is the biggest show we have ever done.” 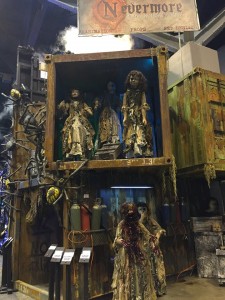 I have been attending the show for only eight years, now. Every year I think, “They cannot possibly have anything new that would impress me like my first year,” and every year I spend the five-hour drive home rambling on and on about a new animatronic or a new silicone mask or an amazing room controller. And this year was no different.

The show this year featured a new section called Escape Room City. For those of you who are new to the term “escape room,” let me educate you. An escape room game is a time-based adventure in which a group of players try to solve puzzles and riddles in a “locked” room, in order to escape. In reality, the rooms are very rarely locked (for safety reasons) and the goal may not be just to escape. Lots of “escape rooms” have a final goal of finding a hidden item, in order to win. The games are great as team-building activities, as everyone has to help complete the goals and “escape.” In HAAShow’s Escape Room City, vendors in this relatively new business had a chance to show off their wares and give demos of how addicting and fun these games can be.

One of my favorite escape games came from a company called The Great Room Escape. GRE is owned by the famous haunters from the 13th Floor haunted house, one of the largest franchises in the haunt industry. The facade of the room looked like a subway terminal. As I toured through, I realized just how close to haunted houses these rooms can be. The decor was fantastic. I actually felt like I was inside a subway train. And the floors of this room actually moved slightly, helping to complete the sensory immersion and putting the player (or potential buyer, as the case was here) right into the world, presented by the game masters. The story behind this was interesting as well: A terrorist has a hidden room here, in the terminal, in which he is plotting his next mission and your group has to find a way into his room, figure out his plan and escape to notify the authorities, before he returns. I wasn’t even playing the game, but I can tell you my danger sense was tingling just being inside the room. Definitely something that is worth playing, if you ever find that game. 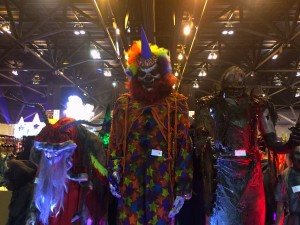 Transworld is not just about buying really cool and scary props. If you are looking to network with other haunt owners, there are tons of social events sponsored by the show and vendors. You can always strike up a conversation in any of the bars at the convention hotels (we haunters love our adult beverages). The City Museum has a yearly event in which the doors are opened only to haunters. This place is amazing and is not your normal museum. Just visit their site and see what I mean. Larry Kirchner, owner of The Darkness and one of the chief people behind Transworld, opens his haunted houses for a couple of nights, giving his peers in the business a chance to see them as they operate during the season, plus gives a tour in which the lights are on, so you get a slight peek behind the curtain. And this year, Six Flags St. Louis even had an event giving haunters a chance for a behind-the-scenes tour of their top-of-the-line theme park. You cannot beat how much insight you can get just by attending these social events.

Speaking of learning, the Halloween & Attractions Show offers tons of seminars. You can learn something new at almost every seminar. I had a couple of favorites this year. “Cost Effective Marketing for the Budget Conscious Haunter,” “Cheap Scares That Won’t Frighten Your Wallet” and “FREE Graphics Resources That You SHOULD BE Using” (see a theme here, when it comes to me?), all offered invaluable insights on how to get the most bang for your buck. I had no idea that some of these resources actually existed. I am sure I am not the only haunter who learned something during this week. 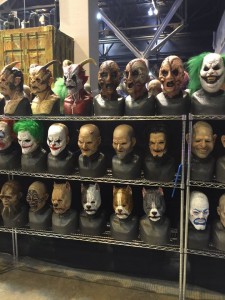 Transworld’s Halloween & Attractions show is the benchmark that any trade show — haunt-related or not — has to reach. From techy to scary, everything for haunters is at this show, whether you are new to the industry or a seasoned pro. Ben Armstrong of Netherworld said it best when he exclaimed, “Stepping into Transworld is like stepping into Christmas, every year.”

If you are a professional haunter, work for a haunt, provide services to haunts or you’re involved with the haunt industry, make plans next year to attend this mega trade show. Be sure to buy some tickets to seminars, bring your thirst and appetite, and be ready for sensory overload. Pictures don’t do this show justice. It has to be seen to be believed!

So, I am now going to continue my recovery from Transworld. Enjoy your #hauntlife… I know I do!