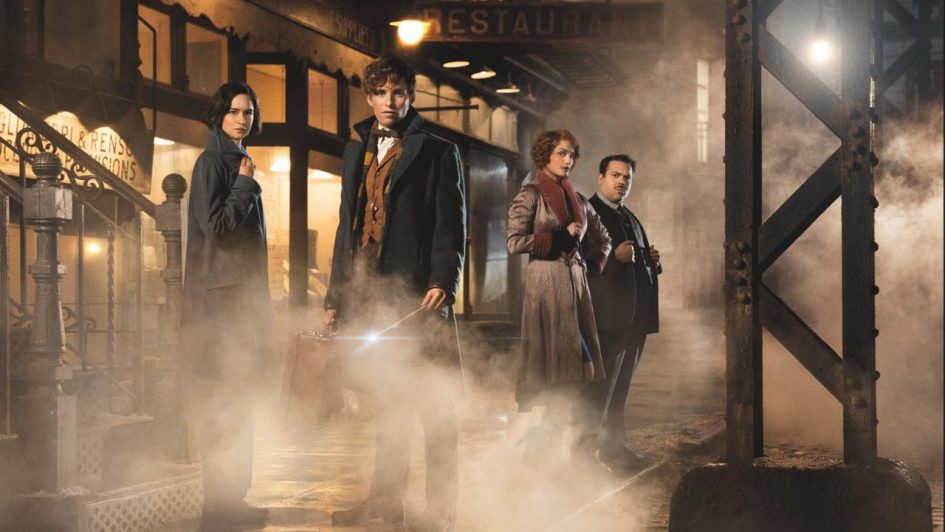 Fans celebrate their favorite movies and books in a variety of ways. Some collect the memorabilia. Others love to cosplay as their favorite characters. But there are some who live beyond the books and the screen and the convention circuit. Wannabe wizards and witches following the magical world of Harry Potter have many outlets to continue their extracurricular activities outside the original novels and films.

The original epic run of J.K. Rowling’s Harry Potter novels concluded nearly a decade ago with 2007’s Harry Potter and the Deathly Hallows and with the two-part film adaptations following in 2010 and 2011. Since then, fans have waited eagerly for each magical morsel of content. There have been a few companion books such as Quidditch Through the Ages and Fantastic Beasts and Where to Find Them, a pair of short textbooks written for charity in 2001. The Tales of Beedle the Bard was released in late 2007, following Deathly Hallows. Rowling has released snippits of tales on the Pottermore website, including new information about the Wizarding World in the North America.

This year brings two huge new additions to the Harry Potter Universe. The first, a new play, Harry Potter and the Cursed Child, is a sequel taking place nearly two decades after Deathly Hallows. The play follows the descendants of the Harry, Ron, Hermione and many other familiar faces. The second is a film interpretation of Fantastic Beasts and Where to Find Them. The latest edition of the cinematic wizarding world takes place in the 1920s and follows new characters throughout the magical parts of New York. While the film isn’t a prequel, there is confirmation that major characters from the novels are alive in that era, including a young Albus Dumbledore — the future headmaster at Hogwarts — and the rival evil wizard, Geller.

Grindlewald will make appearances in later parts of this five-part cinematic tale.

But if the play and the movies aren’t enough to scratch your magical itch, there are other ways the Wizarding World fandom continues in real life. Quidditch is the major magical team sport featured prominently in the books and movies, a type of soccer or rugby played on flying broomsticks. Fans have developed their own land-based version of Quidditch, with leagues around the world. To combat the inability to fly on broomsticks, players run around the play field straddling sticks or brooms. Players must hold the brooms while in play, making the one-handed game more difficult than it seems. Play simulates the rules from the fictional game. 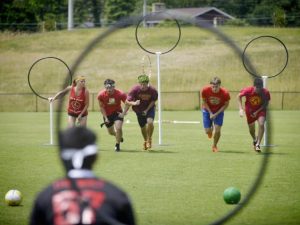 The first game of real-world Quidditch developed in 2005 and has grown worldwide. There is now an International Quidditch Commission (IQC) with an established standard set of rules. A number of national Quidditch groups have sprung up throughout Europe, Asia and the Americas. The sport has grown to the point of international championship play, although interested players can find leagues at the local level.

For the athletic wizard who would rather run than fly, the Hogwarts Running Club (HRC) provides a means to hit the pavement, while giving back to charity. The HRC is a charitable organization that coordinates six themed virtual races per season. Each virtual race is based on a theme from the Harry Potter novels or films, such as the Platform 9 3/4 kilometer run or the Half Blood Prince Half Marathon. Racers register the fee for the race and can race at any time, even spread out over the course of days. There is no need to send in times or proof as it is a virtual race. Participants receive a nicely crafted themed medal, with the proceeds going to a different charity for each race.

Part of the fun in HRC is the competition between the various Hogwarts houses. Once registered, a runner may join one of the houses (Gryffindor, Slytherin, Ravenclaw or Hufflepuff) and compete for the virtual house cup, which is mostly a matter of pride (Go Slytherin!). House members earn points through completion of the season’s races or participate in additional charitable drives. Runners can register to the Charity Miles app with their house team to earn the most house miles per season. With each mile they earn while running with the app, they earn real money for other charities. Charity Miles is not limited to HRC, so anyone interest in earning funds for charity while merely moving can use the app.

The Harry Potter-themed races have inspired many non-runners to lace up and give the sport a try. There is much encouragement on the message boards for new runners and the friendly house rivalries motivate everyone to participate to do #somuchgood. 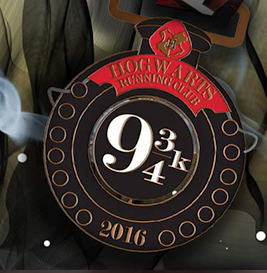 If social change is your cup of tea — or your bottle of butterbeer — then the Harry Potter Alliance (HPA) is the perfect melding of fandom and activism. Formed in 2005, the HPA engages fans worldwide, using the themes and narratives of the Harry Potter world to participate in campaigns for equality, human rights and literacy. They were instrumental in having Warner Bros. change the sourcing of their Harry Potter chocolate to be 100% UTZ or fair trade, making chocolate frogs even better.

The HPA has donated more than 250,000 books as part of its Accio Books campaign, and created libraries in the United States, Rwanda and Uganda as part of its Friends of the Apparating Library drive. HPA is more than just donations, as the organization encouraged youth voter participation in its Wizard Rock the Vote campaign this past year.y