Deciphering an Otherworldly Mystery in Arrival 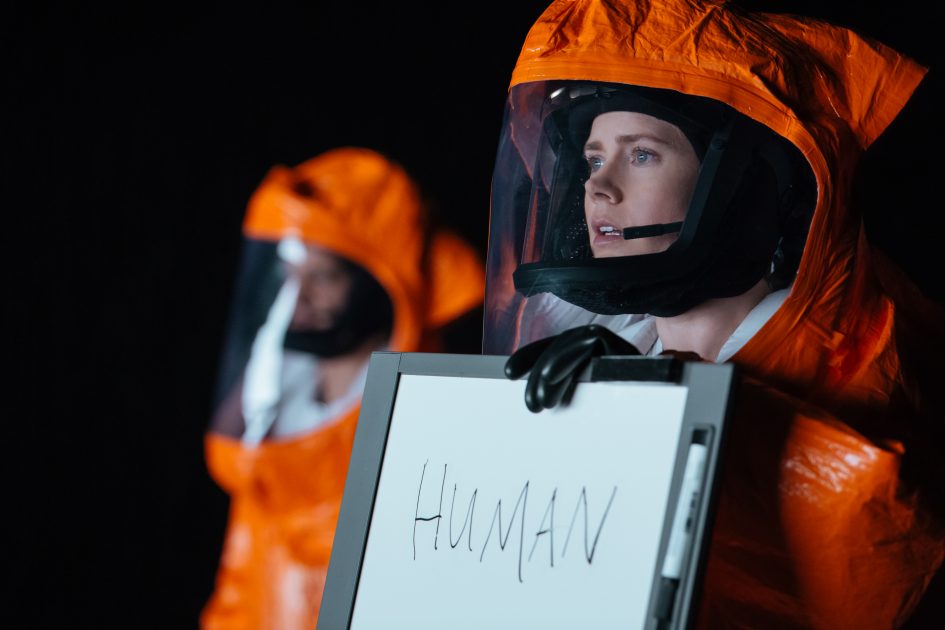 There’s something to be said about going into a movie blissfully ignorant about its overall storyline, without knowing any spoilers, whatsoever. Actually, that’s my preference for watching all films, since trailers always tend to reveal way too much. (In a perfect world, I’d never see another one, but inevitably, they always catch me off guard.) This was the situation for me when I recently walked into the theater for a screening of Arrival.

And Let Me Add This: The less you know about this movie beforehand, the better.

Sandwiched between the tentpole releases of Marvel’s Doctor Strange and the first Harry Potter prequel, Arrival, directed by Denis Villeneuve, appears relatively as an unknown quantity, since the previously mentioned franchises have flooded the marketplace with their presence.

The only thing I knew about the movie was the story somehow involved aliens, not knowing if it was a peaceful or invading species. For what it’s worth, I won’t give away the big reveal, because I can’t stand spoilers, but if you haven’t found out before going into the multiplex, the payoff is great. Maybe not as big a reveal as The Sixth Sense, but it’s quite nice.

Arrival is based on Story of Your Life, an award-winning short story, but it’s better to go into the movie without any knowledge, whatsoever. The main box-office draw of this movie is the actors involved. Amy Adams portrays a linguist who teams up with Jeremy Renner’s mathematician and Forest Whitaker’s Colonel Weber (who has a weird accent) to uncover the mystery, as each one deals with first contact differently. Details of the story are slowly deciphered, but more is revealed about humanity than anything from outer space. This unique perspective is definitely refreshing in a genre that has sometimes grown lazy and stale with its storytelling abilities.

This is definitely the thinking person’s sci-fi movie and already it’s receiving critical acclaim for its story and acting… could it possibly have an awards season awaiting it? Wouldn’t be unheard of, but for a mid-budget science-fiction movie to win any awards and professional acclaim, it would only encourage more highbrow sci-fi to be released, which is desperately needed. We’ll be cheering it on.

If the content of a movie is neither easily described nor ruined by its commercials and makes you think, would it be considered a success? We will find out this week if there are any sci-fi fans curious enough for something different who will give it a shot.