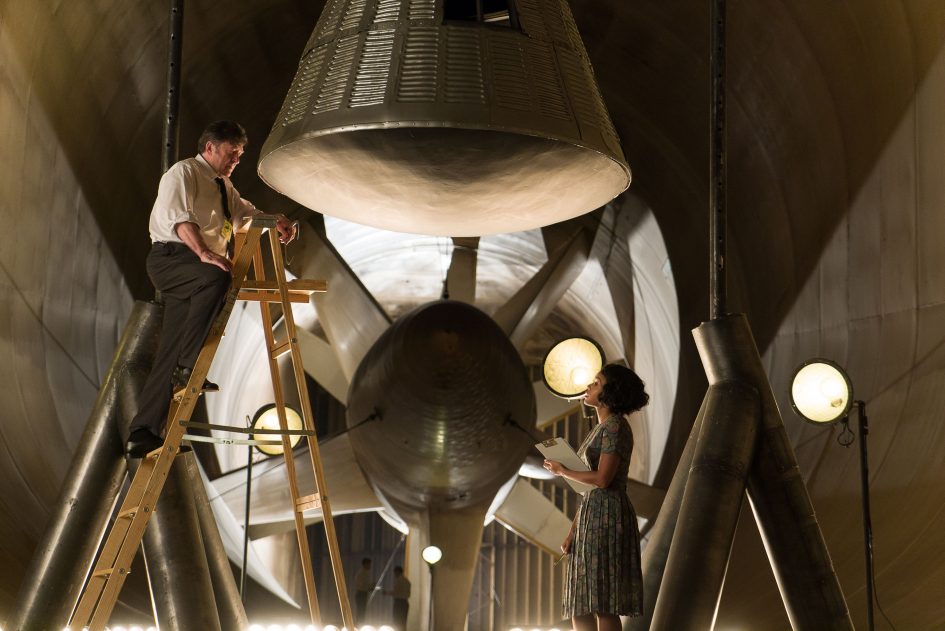 Per Matt
When it comes to underdog movies, I’m a huge fan. I absolutely love them. There’s something about a group of characters overcoming huge odds and finding success by the film’s conclusion that always interests me. But when you add in the “based on a true story” element, the compelling storyline then becomes outstanding. This framework builds the foundation for Hidden Figures.

During the great Space Race, two Cold War rivals dueled to be the first country to reach outer space, in the hunt for global superiority. With the launch of Sputnik 1, the Soviet Union was the first country to reach the intended destination, but the United States would not back down from the challenge. With the assistance of three brilliant African-American females who worked behind the scenes, NASA aimed for the stars and became the worldwide leading space program.

Recounting the accomplishments of Katherine Johnson, Dorothy Vaughn and Mary Jackson, Figures is a biographical dramedy based on the non-fiction book of the same name, written by Margot Lee Shetterly. Although touted as an ensemble film, the primary storyline of Hidden Figures follows the footsteps of Katherine Johnson (portrayed by Taraji P. Henson). As a mathematician, physicist and scientist, she fought through gender inequalities and racial injustices as a “human computer” in order to calculate the necessary data to propel John Glenn into space as the first American astronaut to orbit Earth, among many other accomplishments, although she never received too much limelight on the big screen… until now. Hidden Figures details her struggles, as well as those of Dorothy Vaughan (Octavia Spencer), who led a team of female computers as the first programmers of “the IBM” at NASA and Mary Jackson (Janelle Monáe), who went on to become NASA’s first black female aerospace engineer (and possibly the first black female engineer in the United States).

These women literally changed the world. They fought for fairness, inclusion and empowerment, eventually achieving unprecedented success in their respective roles. While each of the three leads deserve a ton accolades (and hopefully they’ll win many acting awards), there’s a surprising number of great supporting actors surrounding them, including Kevin Costner, Kirsten Dunst and Jim Parsons. It should also be noted that Pharrell Williams made multiple contributions to this movie, who serves as the film’s producer, co-composer and songwriter. The music of the movie really builds a great 1960s vibe, helping to form a believable recreation of the era.

With the recent passing of John Glenn, now, more than ever, the real-life characters of Hidden Figures need to have their stories told. These historic women helped form the building blocks of NASA and deserve the spotlight. Going into the screening, I didn’t know very much about the movie’s true-story aspects, but I did hear the rumor that Director Theodore Melfi turned down directing Spider-Man: Homecoming in order to direct Hidden Figures. If that rumor is true, he made a great decision and hopefully he’ll get another opportunity to work within the Marvel Cinematic Universe. Until then, he chose wisely to make a feature film about three historic real-life superheroes. So far, it’s my best movie of the year, even though it’ll officially go into wide release on January 6th, 2017.