Hitchock/Truffaut Celebrates All Forms of Cinema 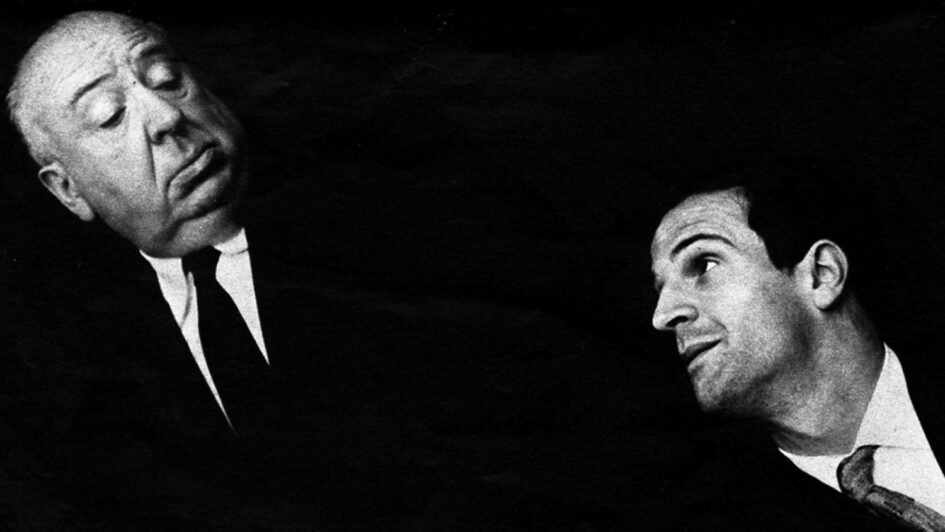 Per Matt
If you enjoy watching modern-day movies — especially the horror genre — you’ve got Alfred Hitchcock to thank for that. Known as the “Master of Suspense,” the filmmaker rewrote the defining elements of what made a movie. And if you’re a millennial and you have no idea who that name refers to, stop reading immediately and go download Psycho, Vertigo and The Birds! For everybody else who’s a cinema aficionado, you must watch Hitchcock/Truffaut.

Back in 1966, François Truffaut interviewed Hitch to discuss filmmaking. Through a series of conversations, the two filmmakers discussed the director’s movies, title by title, and surprisingly, Hitch opened up about the entire process. Originally released as a book, it was revolutionary. People’s opinions about Hitch changed and it became one of the few indispensable books about making movies that filmmakers today have worshipped, as well as followed step by step while crafting their own films. Peter Bogdanovich, Martin Scorsese, David Fincher, Richard Linklater and Wes Anderson are just a few of the multi-hyphenates who praised the work of Hitch in this documentary, which is based on the same source material. Switching back and forth from original audio recordings between Hitch and François Truffaut, who’s speaking French (subtitles are shown, naturally) and today’s directors, the modern-day analysis is a great way to pay homage to Hitchcock’s greatness.

Just a handful of topics that are discussed include feelings of guilt, the transfer of guilt, dreams, danger and solidarity that are all used effortlessly in his stories. Also included, how he was a mathematician of space as a visual filmmaker and the way he decoded the art structure of filmmaking. Hitchcock had a very  strong visual sense, something he originally mastered from directing silent films.

“I can’t do well with the ordinary.”

A lot of time is focused on breaking down Vertigo and discussing the film’s failures (along with a little too much of the modern directors’ opinions). The midway point transfers from Hitchcock’s conversations to a breakdown down of the filmmaker’s style. Was he an artist or an entertainer? He could never be bothered by collaborating with his actors, as his decisions with the camera told more of the story than anything they could say. In his later days, Hitch lamented that he probably should have been more experimental in character and narrative with his films, and that he became a prisoner in his own art form. Regardless of those possibilities, Hitchcock proved that directors are the true artists of the filmmaking world. Everybody else is just visiting.

“I have a favorite little saying to myself: Logic is dull.”

Originally released in 2015, this is definitely film school for movie geeks like myself. Back in the day, I semi-regularly watched Alfred Hitchcock Presents on network television, but it was Psycho that really led me down the rabbit hole, chasing after Hitch’s greatness. I managed to rent a few VHS copies of his movies (remember them?). Every time a Hitchcock movie marathon aired on basic cable, it was time to heat up the popcorn, because I wasn’t missing any of it. Hitch became a horror icon, laying the bloody roots for the slasher genre many years later. And if you’re ever on the Universal Studios backlot, make sure to be on the lookout for the Psycho House! I’ve actually wandered up to it before and was floored. I was also upset I didn’t have a camera on me.

Hitch prided himself on always being three steps ahead of the audience, constantly zigging when they assumed he’d be zagging. Paired with Truffaut, these were men from different generations and different cultures who used different approaches to filmmaking, but both lived for the cinema, and both prospered with the release of these conversations. Sadly, Hitch only made three more movies after the book was released and Truffaut unfortunately passed away far too young, only four years later.

“Suspense doesn’t always have fear in it.”

It’s safe to say that today’s directors don’t have half as much talent as Hitchcock, from back in the day. His films feel timeless. It’s too bad he wasn’t celebrated as much during his life as he is posthumously. Again, if you haven’t watched the majority of his work, look them up online and watch them all today! And if you know anything about his professional life behind the camera, you’ve got to watch Hitchcock/Truffaut!