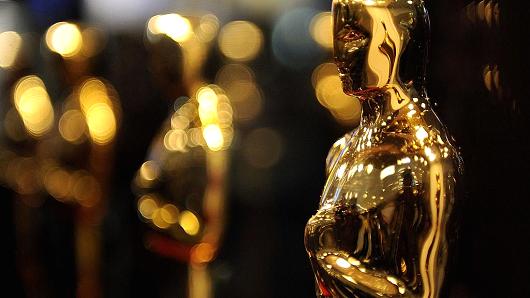 As a fan of horror films, is it odd that I felt like a winner last night, too, as horror films cleaned up at the 2018 Oscars? Horror films are often overlooked when it comes to award shows and particularly the Oscars. If you tell someone you love horror films, there is a 50/50 chance you will get a “Why?” in reply. I get it. For every well-shot, well-written horror film, there are about four that are equally not well-shot or written. That gives people a reason to overlook horror as juvenile and nonsensical.

Think about it. Jack Nicholson in The Shining gave one of the best performances of his life and the Academy just overlooked that. Jeff Goldblum in The Fly was at top form and was completely forgotten by the Academy. Tim Robbins in Jacob’s Ladder gave a performance so gut-wrenching, again, I’d say it was his best performance he ever gave. Anya Taylor-Joy in The Witch had me on my toes for the entire movie. I never knew exactly what her game was. Sarah Butler in I Spit on Your Grave made you feel the pain and anger of a violated woman. All of these actors have powerful performances that I feel strongly if the movies weren’t classified in the horror genre, they would be celebrated at the Oscars. Why do I like horror films? It’s simple: The best films are horror films.

The Shape of Water took home four Oscars last night. It got one for Best Production Design — no argument there, that is exactly what one expects when one goes to a del Toro film. It also got a win for Best Original Score. Guillermo del Toro took home a well-earned Best Director and the film won the coveted Best Picture award. If there is a director out there that you think in your head, “Man, I’d like him to win that…” it has to be del Toro. His story about wanting to make a movie where the Creature From the Black Lagoon actually gets the girl was a touching one. In his speech, he said that anyone dreaming of telling real stories about what matters pursuing genre fantasy, that this is the door (as he held up his award), come kick it open.

So, horror fans, what do you have to say? There are more important stories that need to be told… what’s yours?