Jason Momoa Battles the Wilderness and the Crown in Frontier

What’s more badass than a trident? How about wielding a knife and tomahawk?! If you can’t wait ’til Aquaman arrives in theaters this winter, might I recommend watching actor Jason Momoa in the series Frontier on Netflix.

Momoa plays Declan Harp, a half-Irish, half-Cree outlaw in the late 1700s, fighting against the British Hudson Bay Company (H.B.C.) in Canada. For viewers who’ve witnessed the East India Trading Company in action while watching Pirates of the Caribbean or Taboo, you’ll understand why locals might despise these sanctioned monopolies of the Crown. 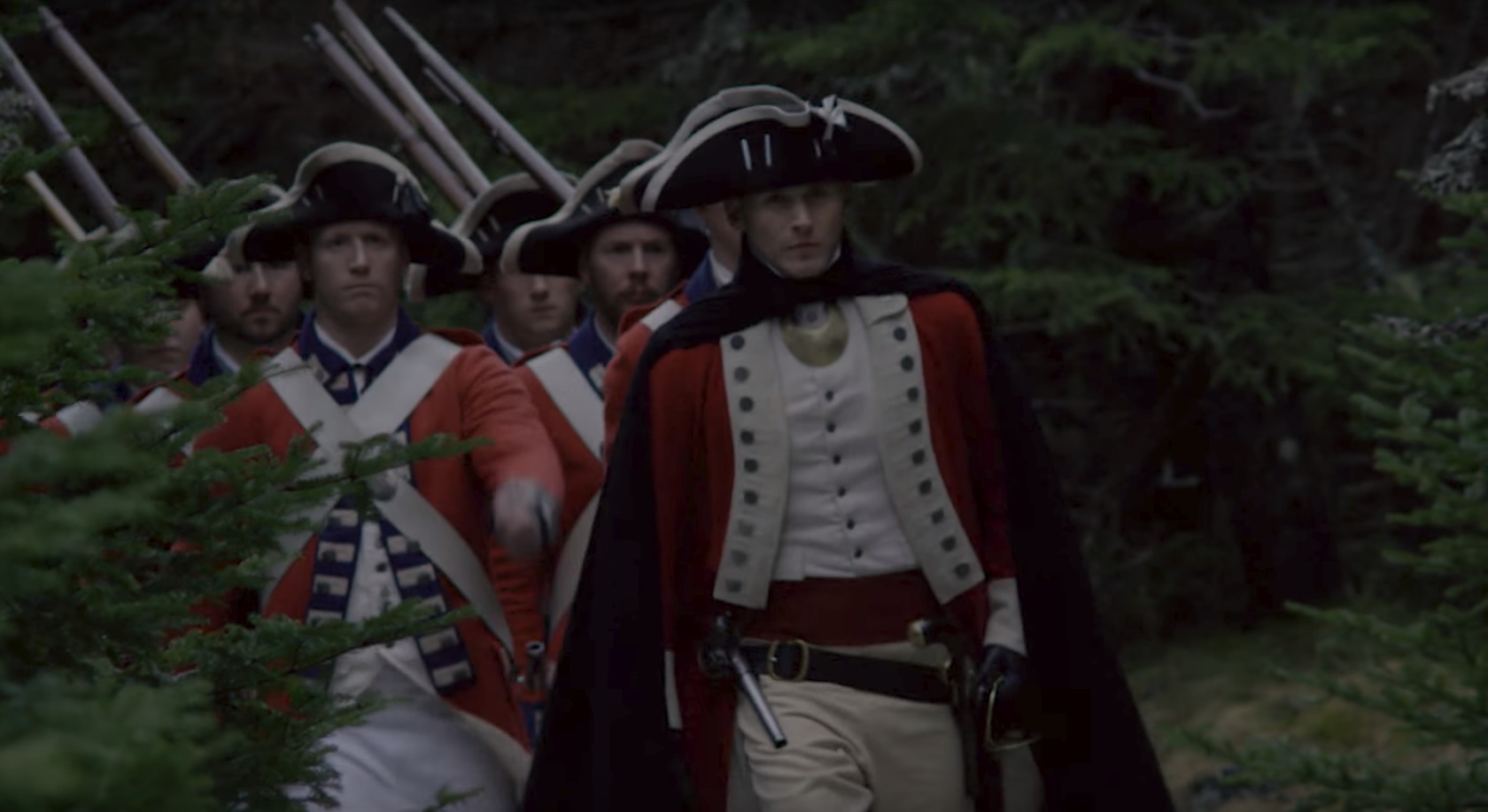 The H.B.C. obstinately has a monopoly on the lucrative fur trade in the area and beaver pelts are in high demand at this moment in history. But the Hudson Bay is the second-biggest bay on Earth and is a body of water that rivals the size of the Caribbean.

There’s no way that the H.B.C. or the British Crown can police the vast area of wilderness around the water. Much like the Caribbean, there’s more than just the British in this area. With Quebec to the East, the United States not far to the South and Scottish fur traders in the area, fur trappers and Native Americans have other buyers to sell to when the British try to take advantage of them. Of course, the British consider this all to be illegal, which leads to a very cutthroat business.

Now, if all these players in this vast area sound like a lot to keep track of, don’t worry. Much like Game of Thrones, the brilliant opening title sequence of Frontier shows us a stylized map of the area and the nations involved. It even has a rousing soundtrack that makes the hairs on the back of my neck stand up.

Honestly, I wish more television shows would give us this kind of information, that way we don’t have to glance at a map every time we sit down to watch. That has been one of the drawbacks of other historical dramas I’ve watched and enjoyed. I can’t tell you how many times I would have found a map of Italy helpful when watching The Borgias. A map of the Caribbean would have also been handy when watching Black Sails. Heck, a map of greater England would have been helpful when viewing the recent HBO miniseries, Gunpowder. There’s no reason why you can’t have a highly stylized opening sequence with great music AND show your viewers where they’re at. 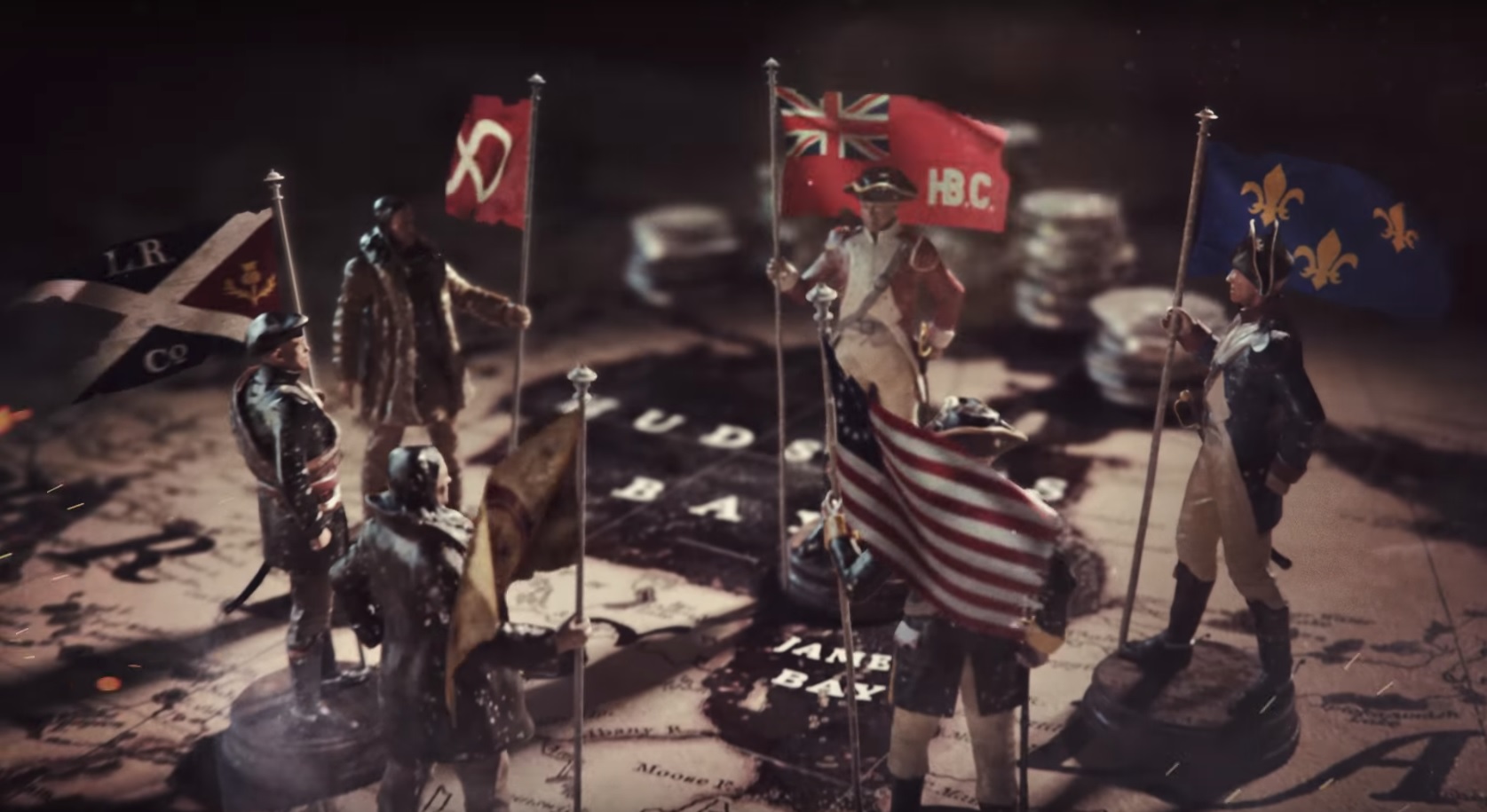 We also follow his cruel and cunning nemesis Lord Benton, who takes it upon himself to travel from England to Canada to personally stamp out Declan Harp’s activities and those of the rival fur traders. There’s the young Irish lad, Michael Smyth, who Benton pressures into infiltrating the half-Irish Harp’s band of outlaws. There’s also Harp’s loyal and deadly Native American sister-in-law, Sokanon, who seeks revenge on Benton for killing her sister and takes Michael under her wing. The fiery Scottish Innkeeper, Grace Emberly, secretly loves Harp and uses barmaids and a local priest to gain information on British activities, feeding the intel back to Harp. Finally there’s the ambitious Captain Chesterfield, who is smitten with Grace and seeks to supplant Benton as Governor. 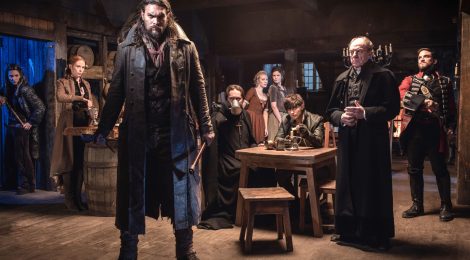 All of this is without mentioning the series subplot with the American, Scottish and Canadian cutthroat characters involved in the fur trade.

But don’t worry, you never feel overwhelmed when watching Frontier. In fact, with only two seasons and six episodes per season, you’ll wonder where all the time with them went. Once you’re done watching the 12 episodes on Netflix, you’ll be looking forward to their return when Season 3 airs sometime in 2018.