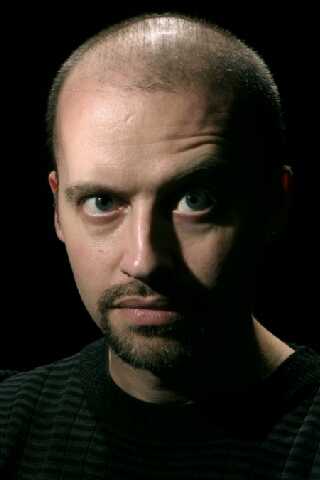 Per Matt
Jim O’Rear is always up to something.

If he’s not shooting a movie, he’s writing a book, filming a TV series or leading ghost hunts all over the country. In his own words, “I’m always into something, because I have to stay out of trouble. The only way I stay out of trouble is to keep working.” And his work is really paying off. I recently visited with Jim at Pensacola Para Con, where we discussed his most recent film, The Hospital, which will soon be distributed by via Wal-Mart, Target, Netflix and everywhere in between. Jim discusses crafting the movie’s storyline while ghost hunting at a haunted location, discloses a personal paranormal situation he had with The Bell Witch and reveals paranormal evidence, which is included within the movie!

How did you get your start in filmmaking?
– “It was completely by accident, because I never wanted to be a filmmaker or an actor. I wanted to be a magician and I toured for a long time as the youngest professional magician with Harry Blackstone Jr. and David Copperfield… people like that. One day, after one of the magic shows, a television producer came up to me and asked if I would be in his TV commercial. I said, ‘I don’t act; that’s not what I do.’ For some reason, he saw something in me. After about two weeks of him begging my parents and my agent, I did the TV commercial. It was a pretty big commercial, at the time. If you remember the big recycling kick, years and years and years ago, Woodsy Owl was always talking about recycling and saving the environment with a group of little kids. I was one of the kids in those commercials. That was my first acting gig.”

“From there, people started hiring me for television and film. I got into theater and decided one day, years down the road, maybe I should tell a few of my own stories and make a movie. I made my first film, which got picked up for distribution about a week after it premiered and it kind of went from there. I still don’t really consider myself a filmmaker, even though I do that.”

What was the name of your first film?
– “The first one was called Vampire Tales. It was a vampire anthology. I immediately followed that up with The Deepening, which was the first full-length feature. I was in it, along with Gunnar Hansen, who was the original Leatherface in Texas Chainsaw Massacre and Debbie Rochon. It was about a killer fireman. At the time, it was just after 9/11 and firemen were kind of the first untouched heroes. So, we decided to make one of them a serial killer. It was because of his post-traumatic stress syndrome that he experienced from the 9/11 cleanup, it kind of touched home, with people. That got distribution very, very quickly.”

“Since then, I’ve looked for things that sort of speak to the public or talk about something going on in society, and structuring stories around that… just making them more realistic and interesting.” 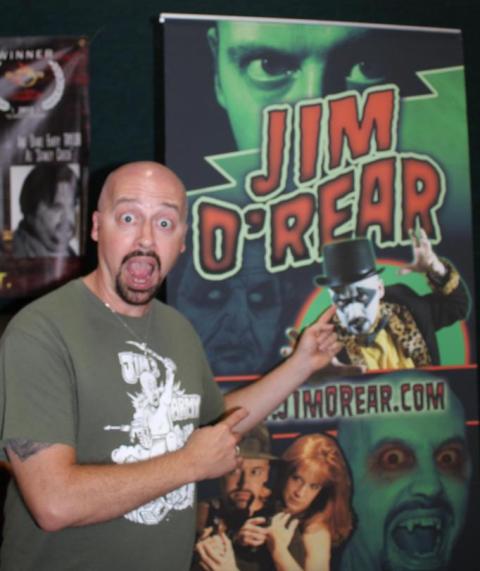 Could you tell how The Hospital‘s storyline was crafted?
– “I’m also a paranormal investigator and so is my business partner, Daniel Emery Taylor. We were investigating an old hospital, one night, sitting in the hallway, in the dark, when nothing was going on, thinking, ‘This would be a really creepy location for a horror film. What if there was a serial killer in here and he trapped investigators, inside a hospital? Wait, there’s a story in there. There’s a movie in there, somewhere.” Daniel went home and wrote 30 or 40 pages of a script idea and sent it to me. I took it and wrote another 30 or 40 pages and put it together. We fine-tuned it and suddenly had this story.”

“We wanted to combine the paranormal — because all of the paranormal television shows were still kind of big, at the time — with films that we grew up on, from the early ’80s like the Friday the 13ths and things like that. We came up with this really twisted, sick, violent story that people have universally said it’s the most disturbing thing they’ve ever seen… but they can’t stop watching it. It was one of those films that I thought would be for a very, very limited audience and not many people would like it, just because of the subject matter, but I was completely wrong.”

“Apparently, there are a lot of sickos out there who were ready for this film at this time and wanted something different that spoke to them. It does kind of touch on the public’s fascination with reality shows and ghost hunting, but still throw in our love for the old horror films, at the same time.”

April Burril mentioned a great behind-the-scenes ghost hunt taking place during filming. Could you discuss that?
– “The building we shot in is actually a haunted hospital. There’s 38 ghosts in the building. We locked ourselves in the building. We slept there and everything, while making the film for 10 days. By the second day there, the ghosts were ready for us to leave. It was very, very active. We did have enough time to do a ghost hunt one night, with Scott Tepperman. We had a little of everything happen to us. We had lighting kits that were thrown at us, bottles that were thrown at us, one of the actors got scratched on his back — we actually caught that on film and it’s in the movie. We don’t draw focus on it. There are certain paranormal occurrences that happen, even in the movie, as we were filming, that we left in there, just to see if people noticed.”

When did the scratching incident take place?
– “There’s a scene where one of the actors is sitting on a bed with his shirt off, talking to another actor. If you watch closely, you can see red claw marks go down his back, from nowhere. It’s very subtle. You’ll have to look for it, but it’s there. He kept in character for the scene, until ‘Cut’ was called.”

Anything else strange happen offcamera?
– “The ghosts learned our names. Apparently, there’s a doppelganger ghost there, as well, that would become different people, of the cast and crew. We were growled at, doors were slammed and freaked out Daniel Taylor one night. We were upstairs, on the third floor, shooting a scene, he was downstairs, getting into makeup. He was needed in the scene upstairs.”

“So, he wasn’t exactly sure what floor we were filming at the time. He just figured he’d walk through the hospital and listen for noise, to see where we were. He walked by the stairwell and heard a voice from downstairs. He goes downstairs and then realizes he’s completely in the dark, alone. It was probably the fastest a large man has ever moved from the basement to the third floor, in seconds.”

What’s The Hospital’s release date?
– “We’re waiting on it. The distributor sent me an email a couple of days ago, that just said, ‘Soon.’ He did send me the artwork for the DVD/Blu-Ray cover, so I know they’re getting very close to releasing the release date. I’m told it will be toward the end of the year, probably November-ish.” 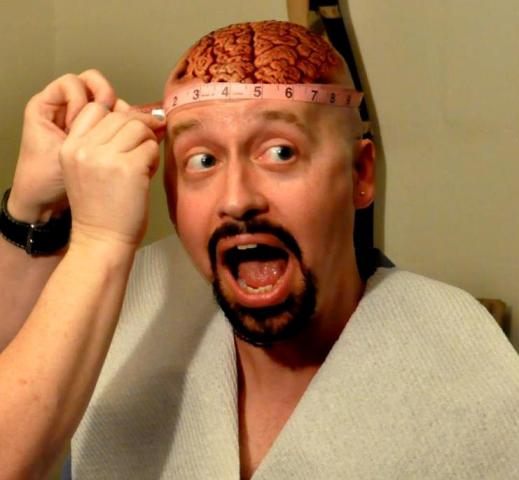 When you’re not busy filming movies, do you make time to ghost hunt throughout Tennessee?
– “Oh, yeah. Whenever I have extra time, onset, I’m always looking for some place haunted to go. I’ve been all over Tennessee. I actually wrote a book a couple of years ago, called Tennessee Ghosts, that was turned into a documentary of some of my experiences in Tennessee with The Bell Witch and different places like that. I guess it’s played on PBS. There’s plenty of haunted things to see in Tennessee, especially because of all the Civil War history and the tragedies of things that have happened there. The Battle of Franklin is one of the most haunted battlefields in the state. You can sometimes see the Civil War generals in the field, calling the orders.”

Have you ever visited The Bell Witch farm?
– “I have. I went there when it was just the cave. The Bell house was torn down. Now, I’m told they built a replica of the house. Part of the legend that you don’t hear a whole lot about is that it was actually a very nice spirit. It was nice to the people it liked. It was really only mean to John Bell. It’s the only documented paranormal case where a ghost has been directly related to killing a human being.”

“But it was a nice ghost and would take care of family members who were sick. It was known to materialize fruit from tropical places that couldn’t be found in Tennessee, at all. I had a similar incident. This will sound weird, but when I was a kid, in third or fourth grade, I had this little calculator that I just loved. I took that calculator with me everywhere. I had it for a few years and somehow I lost it.”

“This was years and years and years later, as an adult, I go to The Bell Witch Cave and after I’m done taking pictures and talking to the owners, I get back to my car and I open the car door. In the driver’s seat is my old calculator. They say The Bell Witch is not very active, today, but it still does a few little things. Sure enough, somehow, it sent me my little calculator.”

Where are you headed next?
– “In about three weeks, we start filming a movie called Fat Chance, which is a horror comedy described as The Biggest Loser meets Friday the 13th. That’s going to be a lot of fun. It’s filming in Alabama, very near to where one of the Friday the 13th movies was filmed. I’m also filming a series called Thong Girl Vs. Xolta From Outer Space. It’s a very campy, silly superhero series, kind of in the old Batman television series vein.”

“Of course, more convention appearances and after that, Daniel and I will be doing our next film, called Prank Call. It is very much in the vein of early ’80s films about a bunch of kids are having a party while their parents are away and decide to prank call some places and unknowingly prank call a serial killer, who comes to find them and trap them in the house. That’s some of the stuff, coming up.”