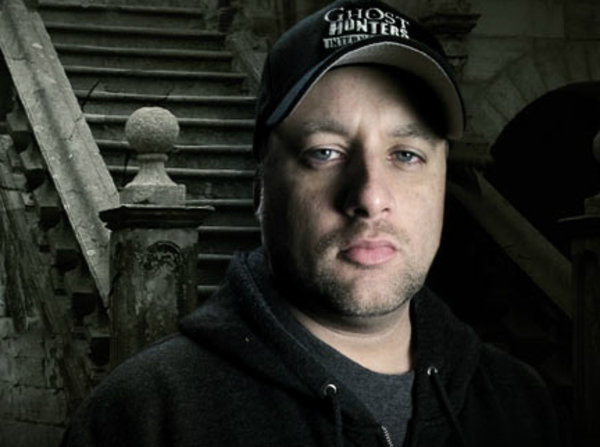 Per Matt
What happens when a Ghost Hunter shoots a film in a haunted hospital?

Scott Tepperman is widely known in the paranormal community as a member of Ghost Hunters International, but you may not know that he is moving into acting. With The Hospital, Scott has moved into the entertainment field of frightening fans of the horror genre. I watched the movie at its world premiere at the Alabama Phoenix Festival. It’s incredibly dark. Just as the promotional poster brags: “You don’t want to see The Hospital, you just think you do.” I spoke with Scott at the Pensacola Para Con about his work as a TAPS paranormal investigator for Ghost Hunters International, acting in the movie and conducting a ghost hunt during filming at a well-known haunted location.

How did you initially get involved with paranormal investigations?
– “My love of horror films, growing up in the ’80s, got me into the paranormal. I would rent everything I could get my hands on. After I rented all the slasher movies — which are my favorite — I turned to the supernatural, paranormal and occult movies and came across Amityville Horror. It was pretty interesting. My family told me it was a real case. I’m from New York and they took me to the house on Long Island. That put a lot of stuff in perspective for me. Maybe there’s some truth in some of the movies I had watched as a child. This was a true story. I never forgot the feeling that I had, there. The street felt very heavy. It felt like the air didn’t move. It felt like time stopped. It was really cool. That just got me into the paranormal, but I never really did anything about it.”

“Years later, I moved to North Florida and joined a local paranormal team. I was there for four years and ended up being their lead investigator. About a year and a half after I formed my own team, I got onboard for Ghost Hunters. They had a casting call. We replied online and it was a series of screen tests, interviews, background checks and everything else. To make a long story short, I was onboard at the end of 2009 and stayed on through the end of the show, which was 2010.” 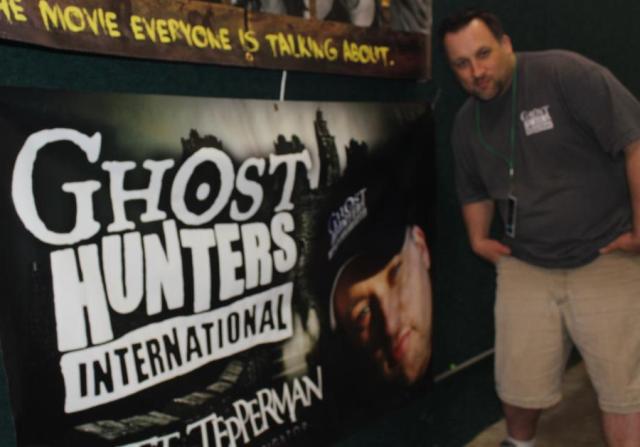 After Ghost Hunters International concluded, how did you move into acting?
– “I was lucky. Jim O’Rear and I have the same Event Manager, and he put us on an event together a couple years back: battleship North Carolina. Jim and I hit it off very well, because we have similar tastes in movies an everything else. I knew who Jim was and I knew his films. He actually got a role for me in his film, The Hospital. It’s a very extreme, envelope-pushing, controversial, disturbing horror film and I loved it, when I read the script. It was great. The movie took off. It’s still not even out, yet. It’s coming out in October. We’re just doing pre-release sales of it at our conventions on DVD. We think the official release will be in October.”

“It’s been very well received. People are liking it. They’re saying the don’t want to like it; but they do. It’s very disturbing. Right out of the gate, doing this film is really lucky for me. I also did a short film, called Creepy Crawly. The people who run a film festival in Orlando were behind it. That opened a lot of doors for me, as well. It’s a brilliant short film. It’s very well made. Now, Jim and I are doing Fat Chance with Daniel Emery Taylor, who basically wrote and directed The Hospital, as well. The three of us really hit it off. I wrote two scripts of my own. We’re going to do one of them, at least. The other one is not quite finished yet, but that’s probably in the near future. We’re striking up a really good working relationship.”

What else have you got going on?
– ” I have other work coming up. I’m working with a legendary horror director from the ’80s, Tim Ritter. He did a film called Truth or Dare: Critical Madness. He’s doing a sequel to it, bringing me on as a Producer and as the star of it, which is awesome. So, there’s a bunch of films coming up and I’m taking them very seriously. I’m very excited and lucky to be here. This is where I wanted to be, anyway.” 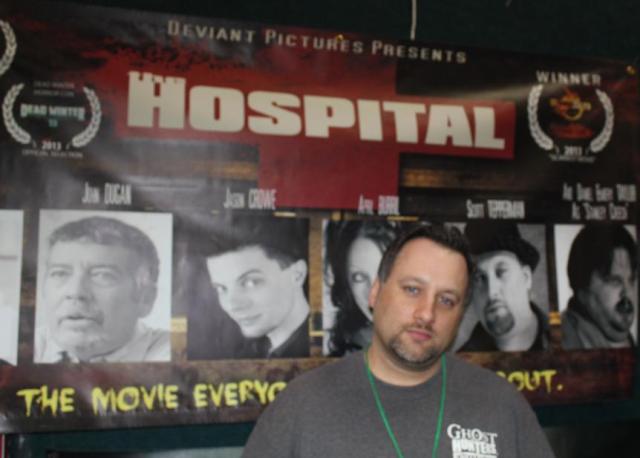 Is your role in The Hospital your first acting role in a movie?
– “Yeah. The Hospital is my first role. People said I was good in it. It was not a huge role, but I also did the rap song, for it — the theme song — which was awesome. But I had a good role. It fit, perfectly and it opened a door for us to work together. It was a good opportunity.”

Actress April Burril mentioned you led a ghost hunt, during the filming of The Hospital.
– “Yeah. It was kind of cool. At least with the DVDs we’re selling here, we have, like, an hour-long behind-the-scenes documentary. At least 10 minutes of it, I’m investigating upstairs with Jim and Daniel and some of the cast. What’s cool is that stuff actually started happening. We had the devices that I normally use on Ghost Hunters going. It was a lot of fun. It was productive and again, it was just for us, but stuff was happening. The place was known to be a haunted location, which helped out during the production. We definitely stirred up some energy and we all felt it. It was really a good experience. My first horror movie, out of the box, is a run-away underground hit, already.”

Apparently you’re also writing books, as well.
– “I’ve got a couple of books out. I’ve got a horror-movie review book.”

Is there anything else you’re involved with?
– “I’ve got a rap CD out and that’s about it. I’m just staying busy, staying out of trouble and staying productive.”