Cosplayer of the Month: Jessica Molinaro 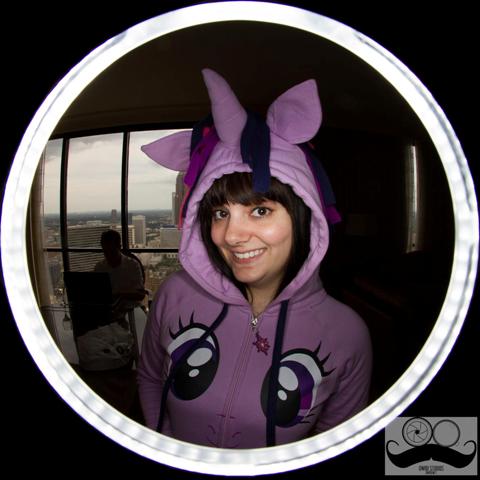 In terms of costume design, Jessica Molinaro makes the cut.

As a veteran costumer, Jessica Molinaro is also a cosplayer, who can be found at many conventions and live events in full character. In a new feature for Zombies In My Blog, one cosplayer shall be featured and interviewed each month. Ms. Molinaro previews Dragon Con, gives some costume-design tips for beginners and possibly gives some legal advice, as well.

You’re a costumer. Does that mean you’re also a cosplayer?
– “Yes. I’m also a cosplayer. I’ve never made a full costume for anyone else; I’ve made accessories for people, like ears and horns, though. I will probably never do costume commissions — they’d be too much work for me — but I have a TON of respect to people who do take commissions.”

How did you initially get involved with costumes?
– “I learned about Star Wars Celebration and the 501st, just before Episode III came out. I had always wanted to dress up for a SW premiere, so I threw together my first costume (Padme’s white Geonosis outfit from Episode II) for the Episode III premiere.”

What are some of your favorite costumes to create and showcase?
– “I like costumes that give me the opportunity to try new techniques. I pick costumes based on the characters and fandoms that I like, so my ‘favorite costume’ is constantly changing. I like characters/costumes that have props, though, because it gives me something to pose with. I love armored costumes, but I haven’t had a chance to make one yet.”

Are you an anime fan? If so, what are your faves?
– “I’m a casual anime fan. I typically watch the shows my friends enjoy — they’re sort-of my filters for anime. I grew up loving Sailor Moon and Gundam Wing, but I stopped watching for a while and haven’t seen a lot of the classics, like Evangelion or Cowboy Bebop. (I KNOW, RIGHT? I’m ashamed of myself, too.) Tiger & Bunny is my favorite anime I’ve seen recently.”

Do you ever create costumes centered around anime characters?
– “Sometimes! I did a costume of Menace from Queen’s Blade and Black Gold Saw from Black Rock Shooter. I love seeing anime costumes, even though I often don’t know what they’re from — they’re just so colorful and larger than life and interesting to look at.”

Will you be cosplaying at Dragon Con?
– “Yes!”

Will you be cosplaying at any Dragon Con parties?
– “Probably not, unless the Aquarium counts as a party. I hate waiting in lines for parties and rarely go to any of the big, official parties.”

If so, what characters can we be looking for?
– “Black Gold Saw (Black Rock Shooter), Vanellope von Schweetz (Wreck-it Ralph), Katniss Everdeen (The Hunger Games – movie version) and Clara Oswald (Dr. Who).” 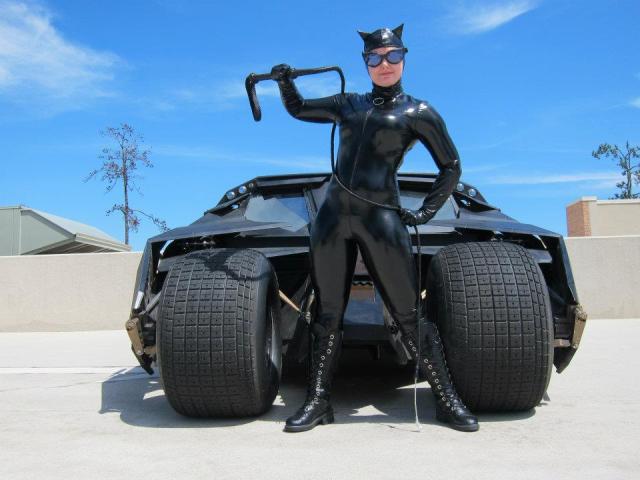 What are you most looking forward to, at Dragon Con?
– “Seeing my friends from out-of-town. I have some friends who I only see during Dragon Con, so it’s like a big family reunion for me. I’m also looking forward to all of the new Dragon Con TV content and watching the Masquerade.”

Will you be participating in the Dragon Con parade in costume?
– “Nope. Not this year. I hope to watch it though!”

What’s the one can’t-miss Dragon Con event I need to attend?
– “The Parade. I love the parade. Or one of the big Superhero shoots. Those are always a sight to behold.”

Will you be giving any panels?
– “No. I have never presented a panel. I’d love to do one sometime, though.”

Are you promoting or selling any products at Dragon Con?
– “Nope. Dragon Con is a strictly fun con for me.”

What’s your all-time favorite Dragon Con memory?
– “I have so many! One of my best stories, though, is how Aaron Douglas spoiled Season 4 of Battlestar Galactica for me, a year before it aired. I thought he was joking about a character’s death, and after the character died, I remembered that he told me. I called him out on it the following year and he laughed at me.”

What kind of costuming advice can you give for beginners?
– “Don’t give up if something goes wrong. Work hard and challenge yourself and you’ll improve. Try not to get intimidated by other costumers — we all have a ‘first costume’ that we wouldn’t want to wear now. We all started at the same place.”

“If you know some good seamstresses or prop-makers, ask if they can teach you some skills. I know people who don’t do commissions, but are happy to have people over for a weekend of pattern-making, prop-building or body-casting. You can also find a lot of great tutorials online through YouTube, Deviant Art, Tumblr, etc.”

“And have fun. If this is your hobby and you aren’t having fun, you need to figure out why, and try to make it fun again. Find a group of friends you enjoy costuming with and hang out with them, or go to a fan meet-up or photo shoot at a con and introduce yourself to some fellow fans.” 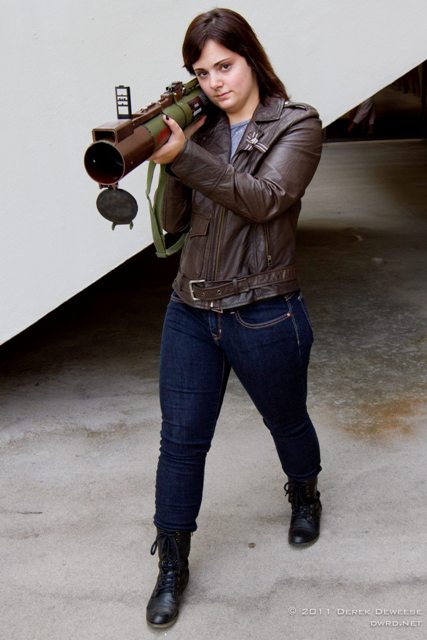 What are you currently geeking out to?
– “Pacific Rim. I had an absolute blast every time I saw it, and I was really impressed by the amount of practical effects they used during filming. I got the art book and it’s gorgeous.”

You’re also a lawyer. In what area do you specialize?
– “I’m not practicing full-time right now, but I want to focus on Intellectual Property law, mostly copyright and trademark stuff.”

Have you been involved in any costuming litigation?
– “No, I haven’t. I’m not sure if that’s a ‘thing,’ but I do like to follow news about the Grey Market that exists for fan-made goods. It’s interesting, to me, to see how companies protect their IP with regard to these items, because they have to balance protecting their IP with the PR cost of going after fans. (And some companies are better at striking this balance than others…)”

Which conventions have you attended this year?
– “I attend a fair number of cons per year… about one every two months or so, on average. This year I’ve gone to ChattaCon, ConNooga, MTAC, and MomoCon.”

What future conventions or live events will you be attending next?
– “Dragon Con (in two days eeeek!) and Anime Weekend Atlanta are the next cons on my list. I still haven’t decided if I’m going to GMX yet — I’m going to Disney World in October and I’m not sure if I’ll be able to make the drive to Nashville.”