How Will the BattleBots Franchise Build Upon Champions’ Outcome? 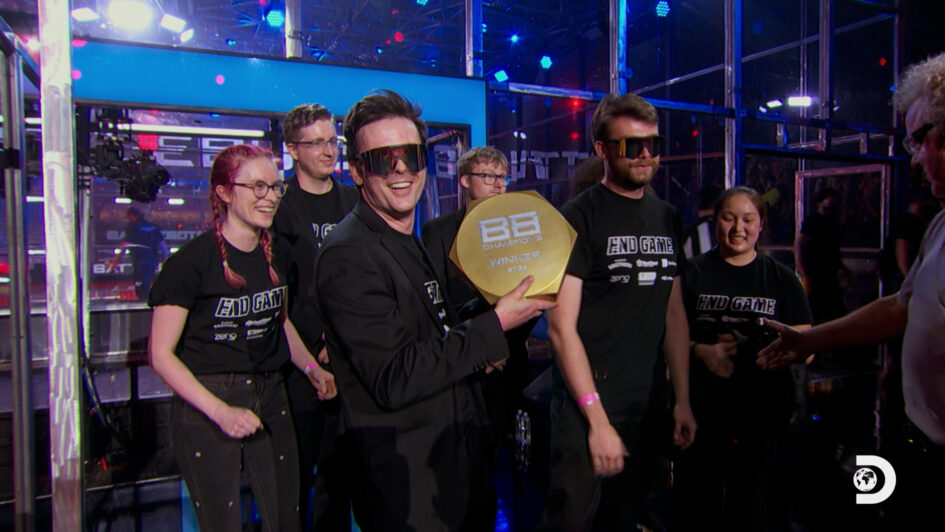 Per Matt
What does it take for BattleBots to change, yet remain the same, in order to grow its audience, as well as built upon its preexistent fans? The robot-combat TV show invited competitors and viewers alike to the Golden Bolt Tournament in its 11th season, but was that enough?

As I write this article, the date’s 9/11/22. Autumn’s near as football season is here and before you know it, BattleBots will return for yet another World Championship contest. But before it does, how will Season 12 of the contest be any different from all the rest? And what can its producers take from Champions‘ format in order to improve upon the mothership?

As long as there’s a robot-fighting competition in some shape or form, I will continue to be a fan. However, after last season’s controversial outcomes, something MUST be done in order to prevent similar results. I don’t know if the current rules need to be changed or if new judges must be hired — both are equally drastic. But I’d be fine with both scenarios.

It almost feels like an unlimited number of entrants were allowed to compete in the show for the past few years. And by growing the total number of competitors, the overall level of combat plummeted. The quality was just not very good as too many experimental bots quickly ended their seasons as the more experienced ones didn’t truly up their games until the very end (if then). These are the battles we, the fans, want to see. Not more from the tallest robots that can’t go deep within the tournament.

Years ago, I asked What Happened to the Desperado Tournament? Having an in-season mini-competition on one day with the winner entering to final tourney brackets was pure genius! It happened for two seasons before being pulled without explanation. Because it was condensed enough to fit into one episode without any time-fillers, it was an automatic draw for viewers — especially me! Then it was gone.

Not long afterward Bounty Hunters arrived, which felt like a spiritual sequel. This spinoff was also enjoyable as each episode featured a mini tourney within one episode, leading up to a $25,000 purse if the winning competitor could defeat a legendary fighter. Shockingly, I found this format more entertaining than the World Championship battles. And after one season, it also disappeared.

This year, the Sin City Slugfest brought BattleBots Champions to life. This second spinoff featured a format that took a little from the World Championships, as well as the shorter competitions. For five episodes, teams had to outlast the rest before facing a “Gatekeeper.” If successful, they would challenge former Giant Nut winners in a no-holds-barred one-day battle in the final episode.

It was sort of a “Best of the Best” competition, even though it didn’t really involve the better teams within earlier stages

The Final Four was somewhat predictable, as Tantrum fought End Game and Hypershock faced Witch Doctor. End Game wound up with the Golden Bolt, so congrats. But some of my favorite fighters were not even invited. So much for “Best of the Best.”

BattleBots Champions proves that mini competitions involving multiple battles held within the same day are more successful than the too-expanded World Championship and I truly hope the mothership adapts to this format in some shape or form. The Golden Bolt Tournament was not bad, but it could easily be improved. That being said, the World Championship tournament needs some serious changes, but will the show’s producers even budge?

If it ain’t broke after all these years, is it still great? I submit the show and in essence, the competition, is good. But it should be better. Champions is definitely a step into the right direction.

If you happened to miss any of Champions, all six episodes are currently available to stream on Discovery+.