Take it from me: Trying to find someone special is extremely hard after 40. Ever since my divorce, I have done almost everything I have been told I should be doing to get my dating life back on track. I have tried joining a church and getting involved there. I have tried going to singles nights at different venues around the area. I have even gone on blind dates with women that my friends say, “She has a good heart.” The old-school ways of finding someone is exhausting.

This is the reason why mobile dating apps have become so popular. No matter where you are, you can find an app that will fill your companionship desires.

You have booty-call apps like Tinder, if you want a wham-bam-thank-ya-ma’am experience. Or, if you want to go to the totally opposite side of the Internet, you can check out Christian Mingle. And then you have the middle ground, which seems to be apps like Plenty of Fish, Hinge and Zoosk. I know about these apps more than the others. I am not into one-night stands, but at the same time, I’m no saint.

The heroine of the new Hulu film, Fresh, also tried out a dating app. In the film, the aforementioned woman is Noa (Daisy Edgar-Jones), a single woman seemingly looking for love in all the wrong places. Using dating apps, she had gone on multiple bad dates, culminating with the worst date imaginable. But soon after, she had a chance encounter with Steve (Sebastian Stan), a Prince Charming-like man of mystery.

After having a great first date, Noa agreed to go on a romantic getaway with Steve, with only her friend, Mollie (Jonica T. Gibbs), knowing the few details. But this love story takes a strange turn that Noa will never forget. 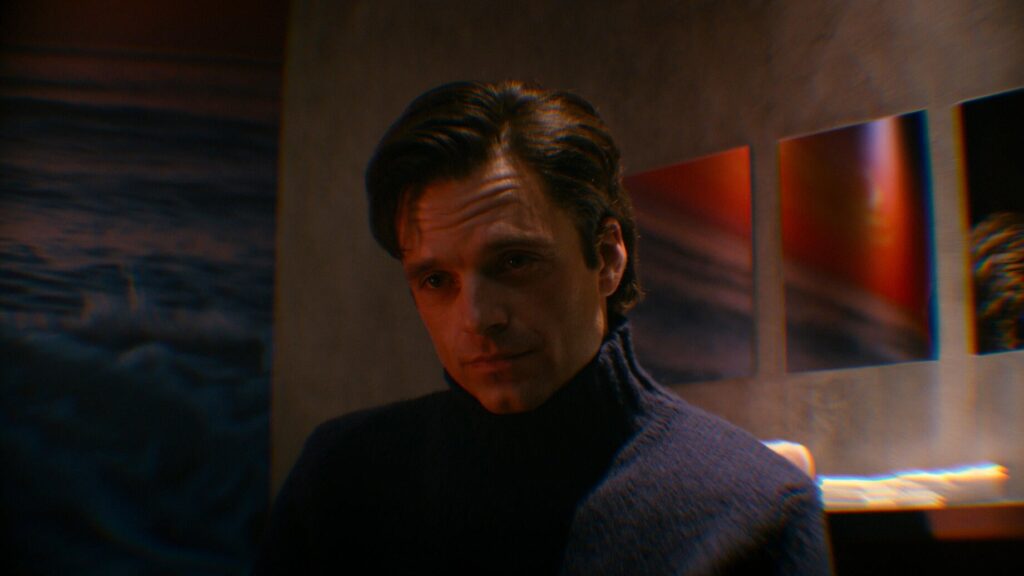 Fresh is a very good name for this film. I know it has a deeper meaning that pertains directly to the characters in the film. But this nightmarish movie is fresh. I know I rag on directors all the time for taking the path of least resistance, following the stale formula we have seen over and over again. However, director Mimi Cave, in her directorial debut, did an astounding job mixing sex with violence.

Honestly, for the entire first act of Fresh, I thought I had started watching the wrong movie. The events leading up to the trip (the unofficial beginning of the film, based on where the opening credits are placed) were things you would see in the feel-good film of the year. The turn is quick and dark. Immediately, the entire film changes. You can feel it. It’s like being shot. And that abrupt, jarring change perfectly draws in the audience. The jolt puts you in Noa’s shoes.

Sebastian Stan turns in a magnificent performance as Steve. I do not know if it was meant to be this way or not, but I definitely felt the vibes of Patrick Bateman from American Psycho. It is especially evident in the kitchen scene with Steve’s dance. But where Patrick had no redeemable factors, the same cannot be said of Steve.

While he has dark desires and tastes, he does have a sensitive side. He does show feelings for Noa, as if he felt horrible for what he had to do. Yes, that redeemable factor is a small one. At least he is not triggered by business cards.

Fresh is the romantic horror drama we need. I give Fresh five out of five stars. Mimi Cave wielded her creative weapons with the idea of making a great impression with her first feature-length film. And she slew the stale beast of Hollywood with style. I think I need to go back and check out the short films she has on her resume. There may be more gold waiting to be found.