Hunting for the Yeti 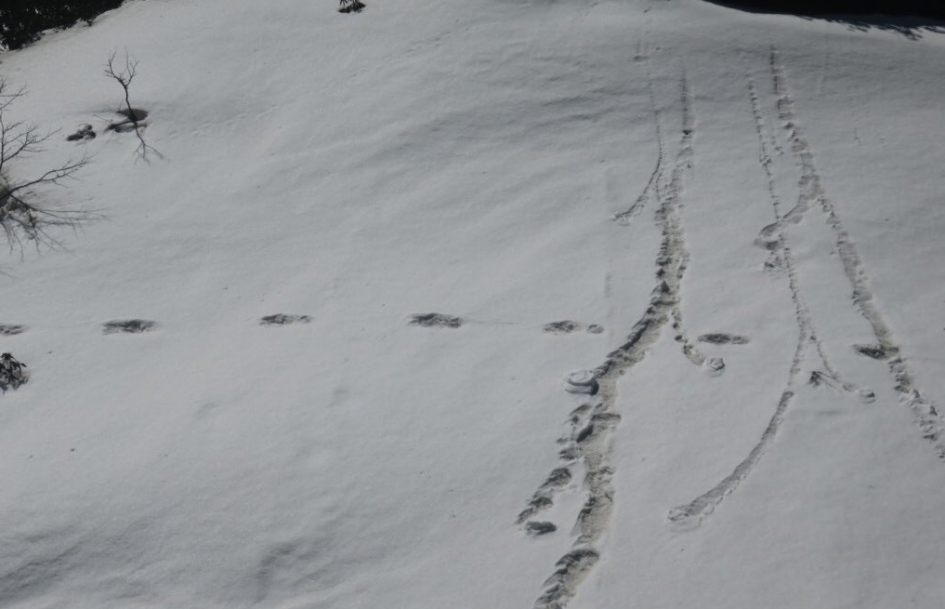 Recent pictures shared to social media by the Indian Army claim to be Yeti footprints. Fact or fiction?

As an elusive creature, the Yeti has been the subject of traditional folklore and legends for more than 350 years. But recently, the mysterious mammal moved into the spotlight, as the Indian Army shared pictures to social media that claimed to be Yeti footprints tramped into the snow. Whether fact or fiction, the Abominable Snowman remains an unsolved mystery, piquing the imagination of many people around the world.

Eyewitness accounts have spotted the Yeti in India, Tibet, Nepal and Bhutan throughout the years, but no conclusive evidence has ever been proven. The Yeti has been discussed in ancient texts and whispered stories, but it took a sighting by Sir Edmund Hilary while climbing Mt. Everest for modern-day believers to finally take notice. More than just another Bigfoot, the Yeti is a creature wrapped in spirituality and respected by the locals of the regions where it reportedly exists. In fact, there’s multiple monasteries located in Nepal which claim to hold Yeti evidence under lock and key, including a scalp and a well-preserved paw. The paw holds a special place for cryptozoologists, as a portion of one of the fingers was supposedly smuggled out of the country decades ago by none other than film actor Jimmy Stewart. Unfortunately, the remainder of the paw has been stolen from the monastery (but a very large replica currently takes its place).

When big media outlets take notice of cryptids, it’s big news for monster hunters and enthusiasts, alike. Everyone from CNN to CBS News to all the other mainstream U.S. outlets in between shared the Indian Army tweet, but the main reaction has sadly been the ridicule of trolls.

Hunting the Yeti has been a serious adventure for reality TV host and globetrotter Josh Gates. He has spent multiple episodes of Expedition Unknown (and frequent flyer miles) seeking definitive proof of the cryptid’s existence. In “Return of the Yeti,” Josh and his team attempted to track the Abominable Snowman after scientists recently began accepting DNA samples for reported cryptozoological comparison studies. In 2007, Gates made headlines with giant footprints that he found in his previous search for the creature, so it only made sense that he’d be up for returning to the topic.

In the latest trek, Gates’ team viewed a reported Yeti scalp guarded under lock and key by a head lama in a monastery that is generally not viewable to outsiders and later came across hair samples, bones and scat to examine at a later date. He also interviewed multiple credible witnesses, but no hard evidence was captured this time.

So, does that mean the creature doesn’t exist?

The Abominable Snowman has become a deity that is worshiped and revered within its native countries, being a mixture of religion and history, unfortunately that is not the case for many living within the United States. While there may be scientists who have their doubts about the long-lost animal known as the Yeti, there are many more researchers and cryptozoologists who are doing their best to finding an ages-old answer to the question. With a little luck and some advances in technology, our wait to getting that answer may not be much longer.