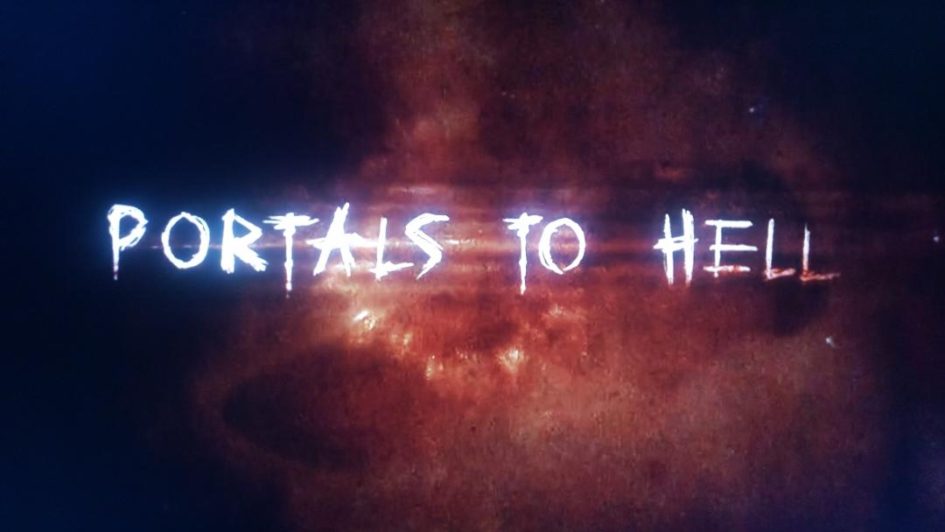 Travel Channel gets a little spooky with a rebrand and the station’s newest paranormal TV show that investigates “the darkest, most sinister haunted places on Earth.”

Portals to Hell features ghost hunters Jack Osbourne and Katrina Weidman, who team up to explore the unexplained. In the series premiere, the pair visits The Alaskan Hotel, which is “investigated on TV for the first time.” Looking as if it was built more than a few generations ago, this location had a seedy underside, which eventually led to multiple deaths that could haunt the hotel today. Ley lines and black magic are discussed — and should have been explored more — but more of the focus here is placed on the hotel’s owner, or more specifically, the owner’s son, who has grown up living at the hotel.

So, are these unexplained incidents attributed to ghosts of former guests? Could they be poltergeists? Is there a demonic infestation? In an episode that’s really uneventful with the exception of plenty of noise provided by Mel meters, temperature gauges and a ghost box, these paranormal investigators never really seem to get much accomplished, although in the end, they unintentionally help out the owner, whose son may be the cause of some of the disturbances. (It also must be submitted that the son appears to have been coached not to give all of his personal history until the “big reveal.”)

I can’t really take Jack seriously as a celebrity turned paranormal investigator, but more importantly, I can’t really focus on the primary storyline, as the main camera is frequently out of focus — which is shocking, since the hosts are constantly shown walking around talking into a phone or video camera, while a separate camera crew films them.

The show’s producers frequently appear on camera, which feels unnecessary. What also feels unnecessary is the program’s intentionally shaky cameras used to bring more drama, as my motion sickness quota is instantly filled. The problem I have with shows like this is they aren’t really trying to help any victims, they’re only trying to provoke and catch something on tape to share online and prove that they get results. That’s not really my bag.

With Travel Channel now rebranded as “Trvl,” the station has undergone a soft reboot. Portals to Hell, along with Ghost Bait, Ghost Adventures, In Search of Monsters, Haunted Case Files, Paranormal Caught on Camera, Haunted Hospitals, Ghost Asylum, My Ghost Story, My Haunted House, Paranormal 911, Haunted Case Files, Destination Truth and sometimes Expedition Unknown prove the channel’s really going all in for the paranormal genre. I recommend checking in on these shows, as each one focuses on something a little different.

The next episode of Portals to Hell takes place in New Orleans in another location that has supposedly never been explored and filmed for television, but the following few episodes intentionally follow the footsteps of the more famous Ghost Adventures‘ visits. For a brand new show that only airs eight hour-long episodes, this actually feels the producers are playing loosely with this quest to get at the truth.