I Hope You Haven’t Started the Apocalypse Without Me… 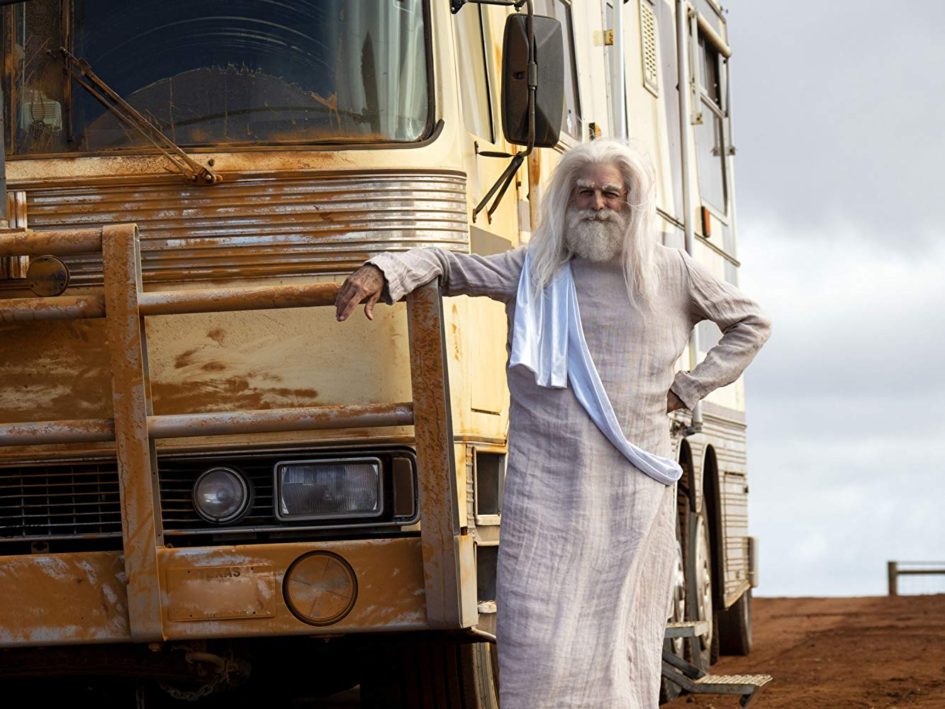 It's not overacting if the role is written that way. Mark Harelik steps into God's shoes in Preacher.

As the end of the world looms large, Jesse Custer’s focus is stronger than ever to meet up with God to talk some things out, as Jesus Christ negotiates with Adolf Hitler the rules of Armageddon in the final season of Preacher, currently airing on AMC.

If that scenario might sound a little strange, you’ve never watched the hyper-violent, often-bizarre TV show that’s based on the graphic novels of the same name. Up until Episode five, “Bleak City,” Season 4 felt like a been-there-seen-that kind of storyline, as an unnecessary plot to divide the Big Three characters of Jesse, Tulip and Cassidy felt like something from storylines past, but the emergence of Jesus Christ, an archangel, a demon and a moody vampire have finally brought the last hurrah to this outrageous comic book-to-outrageous-TV-show adaptation.

The bloody Endless War between Heaven and Hell is eternal, but ever since God’s gone missing and the Devil, himself, was killed, other people have taken matters into their own hands. Hell’s under new management and Heaven’s amiss without a ruler… is that a place for Jesse Custer, the not-so-perfect Preacher?

The Grail cult believes Humperdoo is the messiah for a new world order, while Herr Starr, the Allfather, has other plans. Angels and demons fight for their lives and there’s plenty of guilt and remorse to spread around for three stubborn characters. Once Jesse dies and Jesus’ true bloodline reveals itself, not even “That Old Soft Shoe” could dampen the spirits of mere mortals. If ever there was a storyline that was written outside the box, it’s definitely Preacher, which was adapted from the Vertigo comics of the same name (a division of DC Comics).

As much as this last season is throwing everything that is holy into the storyline, it seems some canon is being totally forgotten, most notably Cassidy’s protection from the sun. For at least three episodes (and probably more), I’ve noticed the writers/directors/continuity people haven’t really worried about the character burning in the sun, so he’s basically traveled without any protection from spontaneous combustion, which makes absolutely no sense, whatsoever. I guess each one of those filmmakers must have been on a coffee or lunch break, away from their duties… or maybe they just don’t really care.

Hoover Two actually being a spy felt like a totally random plot twist, while it was great to see Fiore, the angel, making a return appearance from Season 1 in a meaningful way. But it’s Mark Harelik appearing as God who has finally gotten some decent screentime this season, finally stepping out of the shadows from seasons past and making a contribution to the ongoing storyline.

His Great Design seems to be inching toward starting the Apocalypse and it’s been a hell of a ride this season, although at times it feels like some of the filmmakers involved would rather wrap things up and move onto something else. And quickly.

Hopefully, I won’t totally feel the same way once I watch the last few episodes and the show wraps forever.