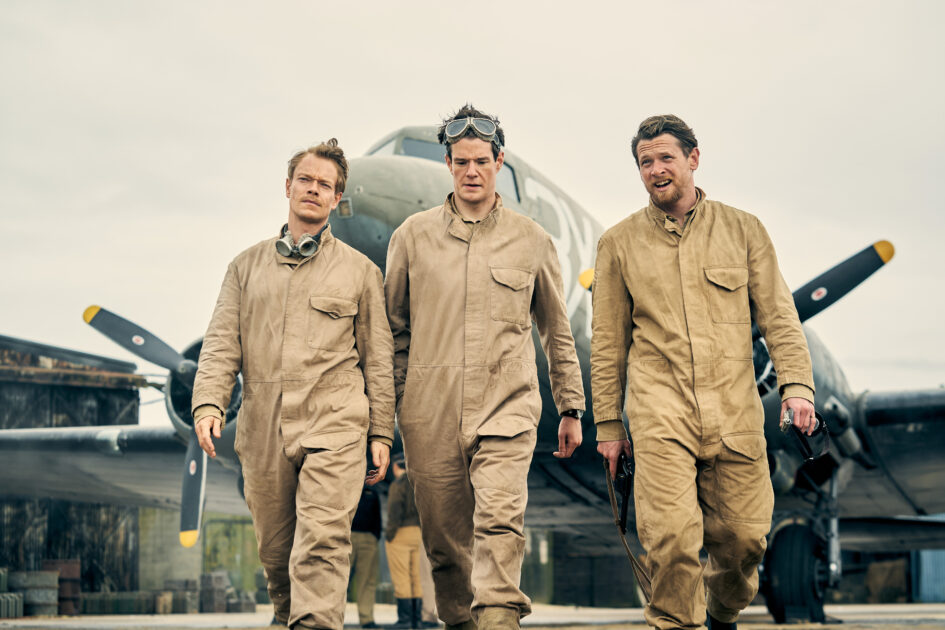 Per Matt
Just in time for Veterans Day weekend, a new gang of military misfits step onto the battlefield, except these soldiers are cut more from The A-Team than Band of Brothers. While Rogue Heroes may be based on a true story and the most unbelievable events depicted are mostly true — as proudly displayed during each episode — this series depicts the origins of the world’s greatest Special Forces unit during the darkest days of World War II.

Beginning “somewhere in the Egyptian desert” in May of 1941 in a world where there are no rules, no order and no organized plan, certain people take measures into their own hands to end the battle. These particular kinds of soldiers come from Ben Macintyre’s best-selling book of the same name, in which this EPiX original series is based.

“In war, we are allowed to be the beasts we are…”

As the events unfold in and about Cairo, the British forces are losing the war, but when the French learn about the existence of an English regiment of paratroopers that was built from cardboard cutouts, actual paratroopers with no home are assigned to join the Brits. As one British intelligence officer builds an army out of thin air, another eccentric young officer attempts to build an undercover, reckless group of rebels that will bring chaos behind enemy lines. When the two join forces, the SAS is formed.

After a very brief training session, the SAS is hypothetically given a 10 percent chance of surviving their deployment behind enemy lines and catching their enemies by surprise. Through three episodes, there’s just about as much in-fighting amongst the ranks as there is hatred for organized military affairs, and we haven’t even gotten to the Nazis yet. While wartime rules of engagement can be harsh, this is only the first uncertain step toward the long walk of glory for our unlikely heroes.

As this is an international production, the sets and backgrounds are beautiful, as expected. While eagerly paying attention to the ongoing storyline, in the back of my mind I kept trying to place many of the on-screen actors: Dominic West (300), Sofia Boutella (The Mummy) and Alfie Allen (John Wick, The Predator, Game of Thrones) are the most recognizable. All are commendable, as they bring a diversity of personalities to the screen.

Rooting on the underdogs is easy enough, especially when they’re fighting real-life monsters, but through three episodes, there’s only been one Mission: Impossible so far, and it was a good one: Our crew attempts to destroy 48 German and Italian aircraft from the ground. I want to see more of these mini-impossible missions, but I don’t know how many can be created within the bounds of a limited budget in this series. And how many seasons can that possibly last? For more evidence, please see The A-Team.

So far, the games have begun and there’s competition among the ranks for total kill numbers. This could get very bloody, really quickly.

The series premiere of Rogue Heroes debuts on Sunday, November 13 via EPiX.