I Was Not Prepared for Shudder’s The Sadness 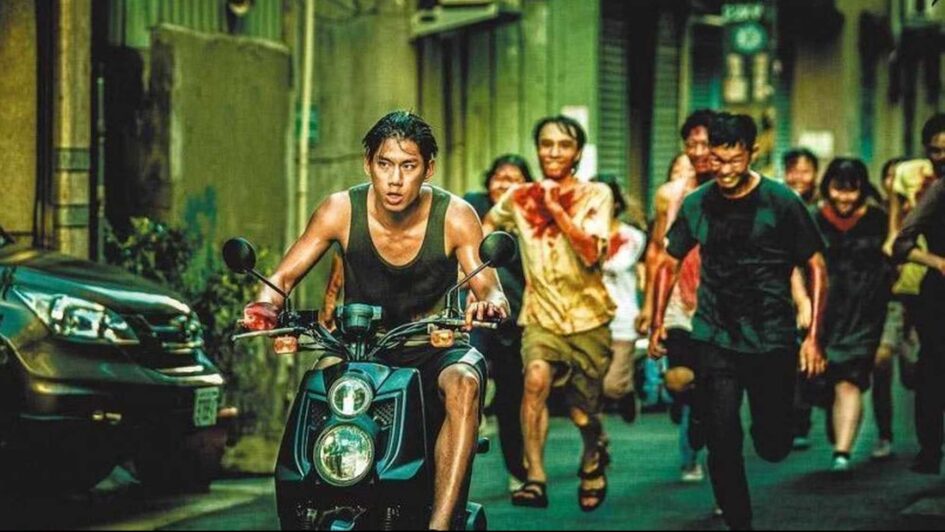 Troma may have been the top dog regarding blood, guts, and acts of violence in the past, but there is a new King of Obscene with Shudder’s The Sadness.

Very few movies that I have ever seen have shocked me. And I watch a lot of films. I have seen blood, mayhem and carnage play out on the silver screen, much like the rest of you. For a while, I was the resident Troma Entertainment reviewer. Troma is known for shock and awe, and for the longest period of time, I felt like Troma would forever be the gold standard for extreme violence in film.

In its latest horror exclusive, Shudder said, “Hold on now. Let us show ya what we’re working with.”

The Sadness was originally released in Taiwan back in 2021 and is now available on Shudder exclusively here in the states. Directed by Rob Jabbaz in his feature film debut, the movie follows a Taiwanese couple named Jim (Berant Zhu) and Katie (Regina Lei).

One morning, the couple hears news of a viral infection called the Alvin Virus, spreading through the country. The doctor being interviewed explains that if a national quarantine is not put in place, the results could be catastrophic. The warning is discredited as a political ploy.

As the couple continues their day, several disturbing events take place. Jim and Katie find themselves surrounded by bloodthirsty maniacs, seemingly taking both pleasure and pain from the violence they inflict upon the masses. As the brutality of the attacks grows, the whole country appears to be lost. Will Jim and Katie survive this living nightmare? And can the Alvin Virus be stopped? 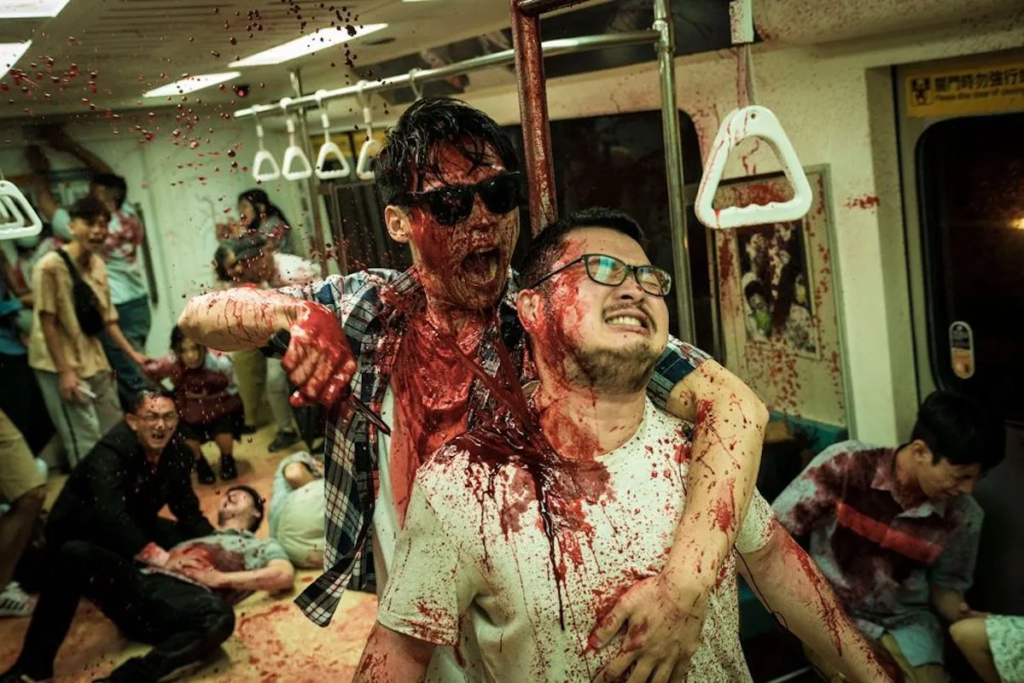 The Sadness is absolutely one of the most disturbing films I have ever seen. Director Jabbaz pulls absolutely no punches when it comes to the gore. Two scenes (the subway and the hospital) stick out in my mind as depraved. You have blood, violence, and even forced sexual acts. The first few minutes made me think The Sadness was going down as a modern-day satire of the political climate in the U.S., but quickly changes direction. It went from zero to “OMG, what did I just see?” in only a few scenes.

The special effects team at IF SFX Art Maker spent months working on the effects in The Sadness. From my research (’cause this movie elicits the need to know more), they spent months working on practical effects, as well as constructing the hundreds of body parts and weapons. While a couple of the effects did not work well on camera (primarily a scene involving a grenade), most are very well done.

I tried to find out how many gallons of blood they went through during production, alas, I was unable to find it. Just know, The Sadness practically has its characters swimming in plasma.

The Sadness is a pure gorefest. It’s fast paced, well written and full of action. Needless to say, I must give it five out of five stars. The Sadness feels like a combination of The Walking Dead, Evil Dead and Resident Evil all rolled into one hellish package.

A film definitely not for the weak of heart or stomach, Shudder has a hit on its hands. Troma may have been the top dog when it came to blood, guts and acts of violence in the past, but there is a new King of Obscene with Shudder’s The Sadness.