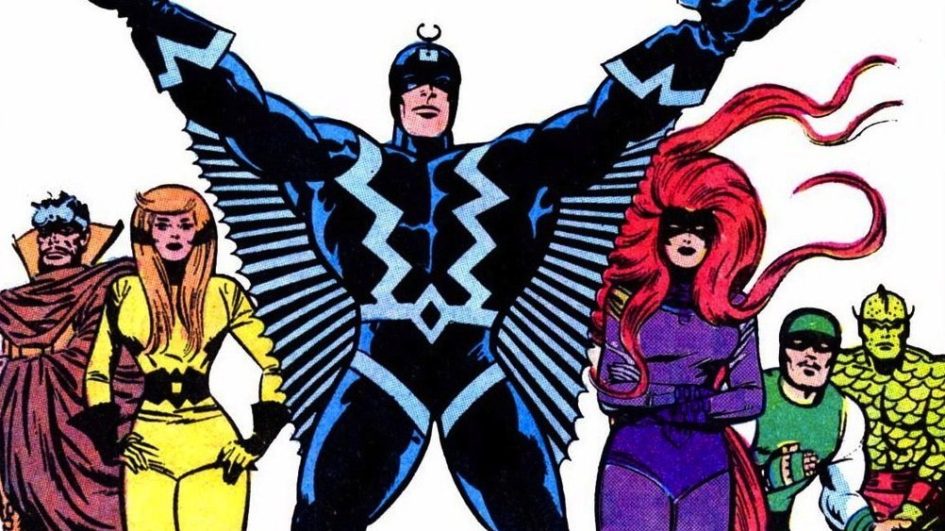 The Inhumans are coming to the Marvel Cinematic Universe this fall, as part of a new eight-episode television series on ABC. The latest edition to the MCU had a complicated journey, as it made its way from the comic book pages to the big screen. What exactly are we to expect from The Inhumans, based on what’s in the Marvel comic book stories?

Created by prolific Marvel Comics creators Stan Lee and Jack Kirby, the Inhumans were introduced in the pages of the Fantastic Four book in 1965. They made appearances in stories throughout the Marvel Comic Book Universe, appearing in the pages of Thor and the Silver Surfer and finally getting its own series in 1975 that lasted for one year — twelve issues. Since then, there have been a few short-lived series here and there, with an Eisner Award-winning series in 1998.

Unlike most Marvel properties, the Inhumans are not a superhero team like the Avengers, X-Men or Defenders. The stories focus on an entire race of characters, primarily centering on the Inhuman Royal Family. The race of Inhumans live on the Blue Area of the Moon, an area on the far side of Earth’s moon with an artificial Earth-like atmosphere and ecology. The race of Inhumans were created by another space-faring Marvel alien race, the Kree, but later abandoned. Self-secluded on the Moon, the Inhumans created their own society and prospered in the city of Attilan for thousands of years, where they developed technology superior to that of Earth.

Inhumans have unique abilities, much like mutants on Earth, as seen in the X-Men films and comics. Each Inhuman is exposed to a special substance called Terrigen Mist. The resulting Terrigenesis endows the recipient with powers that are far ranging, from telepathy to far more destructive abilities. The race developed a type of caste system based on ability and usefulness. At the top of the social hierarchy is the royal family, led by King Black Bolt and his wife, Medusa. Black Bolt is the ever-stoic ruler. His power is a sonic scream, capable of mass destruction with but a shout. As his every word is powerful, both literally and in the sense of a royal decree, Black Bolt is ever silent. He cannot even whisper, lest he destroy all around him. His wife, Medusa, acts as an interpreter. Medusa can control her long and strong hair as an extension of her thoughts.

Inhumans stories play upon the power struggles in the royal family, primarily as Black Bolt’s brother, Maximus the Mad, attempts to usurp power. Judging from the series trailers, expect this storyline to play out this season, especially with the casting of Iwan Rheon as Maximus. Rheon was brilliant in his portrayal of the despicably cruel Ramsay Bolton on Game of Thrones the last few seasons. Having a talented actor as the series antagonist is particularly important, as the lead protagonist, Black Bolt, should have no lines of dialogue, based on his superpowers. 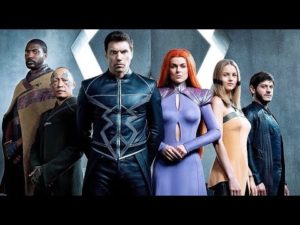 I don’t expect we will see other interstellar interactions as seen in other Inhumans stories, since the show has moved from feature film to a lesser-budgeted television series. There has been much criticism of the low-budget feel to the show, based on costuming and special effects. But with the series being eight episodes long, the show creators have an opportunity to work on character development and there are multiple characters within the Inhumans.

One of the major issues transitioning from the comic book to the film will be its isolation from the remainder of the robust Marvel Universe. The Inhumans have a strong connection with the Fantastic Four, having debuted in that comic series. However, the Fantastic Four is not connected to the Marvel Cinematic Universe — the rights are still owned by 20th Century Fox, with no crossover planned for the near future. Also, with the X-Men franchise firmly in the hands of 20th Century Fox, the MCU has come to use the Inhumans as a substitute mutant, which lessens the impact of both mutants and Inhumans for both franchises.

The Inhumans has a great deal of potential, but it remains to be seen if the series can bring enough interest and excitement befitting an addition to the Marvel Cinematic Universe.