La Brea: When a Sinkhole Swallows Up SoCal 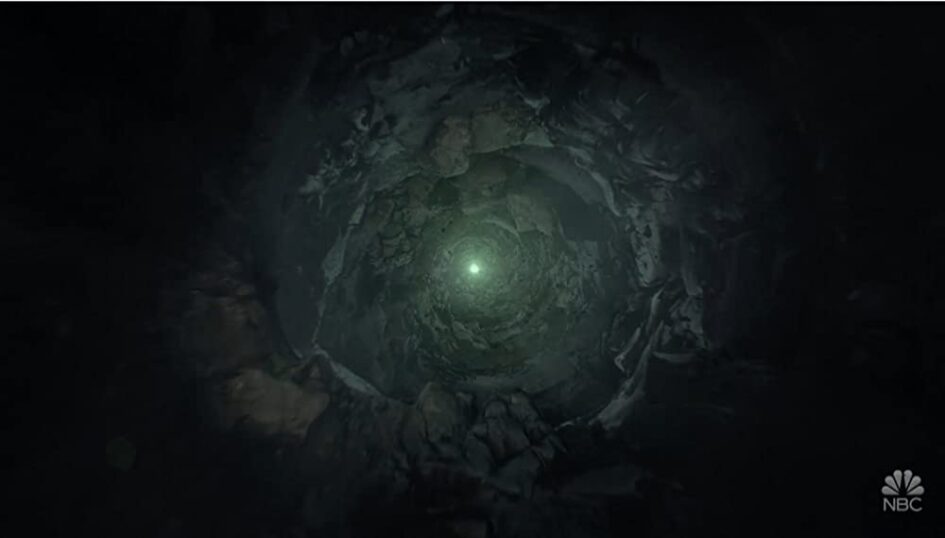 Did you get sucked down the rabbit hole with NBC's La Brea?

Or How NBC Chose to Replace Manifest

OK, La Brea, you caught my attention when tall buildings, cars and people were suddenly swallowed up in downtown Los Angeles without warning, but I lost interest when I found way too many similarities to previous genre television shows.

I was incredibly hesitant to jump in, head first, to another genre TV show from a broadcast network and Creator David Appelbaum has an interesting hook, but is this pop-culture phenom an original or simply an amalgamation of story elements from previously successful programs?

A family is separated by the catastrophe. Half of them falls into the massive hole, the other half does not. It seems they’ve been transported through a portal, 10,000 years into the past. This time-travel concept pulled me in, along with the government conspiracies and coverups involved.

However, I could never really connect with any of the characters and many of the plot devices felt… too familiar.

Now, I’m all about storylines that involve the destruction of Southern California — couldn’t have happened to a nicer place. My ears perk up whenever they involve natural disasters, although this type of thing is usually reserved for the big screen. Mother nature can be a bitch sometimes, bringing plenty of drama.

Speaking of drama, powerful stories deserve powerful performances. Too bad none of these actors can bring it. It doesn’t help that there’s a lot of know-it-all characters who’ve watched plenty of survival reality shows. They become very annoying, very quickly. But they sure don’t mind overacting. A little bit can go a long way when a show’s got shaky legs, still trying to find its footing. #NeverForget

Footing? There’s a character who cannot feel his legs (a direct opposite plot device of LOST). Paired with the time-travel elements and set on a tropical location that occurred after a mysterious event, is this a carbon copy of ABC’s hit show?

What about the unemployed outcast who has all the answers to save the survivors? The mysterious visions of Gavin Harris (played by Eoin Macken) play into the the government agency prepping an experimental airplane to bring them back. There’s even an actor (Jon Seda) who shockingly looks like Josh Dallas’ stand-in. Clearly this is a copy of Manifest…

I realize La Brea is a new show, but it’s backed by Universal Television. As an effects-heavy production, Season 1 cost $74 million. Filmed in Australia, it’s already the most-expensive show that’s ever filmed there. Too bad you can’t tell by watching it.

The set design may look great — so many lens flares! — but through three episodes, the digital animation does not. So far, there’s been dire wolves, a giant ground sloth, some sort of bear ancestor and some flying creatures. They’re ALL horrendous looking! I had to look away every time one of them appeared on screen, because they took me out of the story so quickly, looking fake.

NBC, as a network, clearly needs the ratings and this new show seems to have arrived at just the right time, after Manifest was canceled.

In the past, I’ve fallen for an overall concept, but eventually lost faith in the total sum of the parts (LOST, NOS4A2, Preacher, Manifest). With bad acting, bad writing, bad animation and a somewhat unoriginal storyline, I’ve already wasted the time to watch three episodes and to write this one up.

Now it’s time to write this show off…