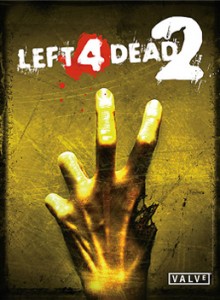 What happens when the Zombie Apocalypse arrives Down South? That would be Left 4 Dead 2! I meant to review this game a bit earlier, but awaited for the Cold Stream DLC release to be available to the public. After the fact, I realized this new DLC does not include achievements (which is a goldmine for XBOX 360 players). And since I’m an achievement whore, I cannot justify the purchase, so I’ll go ahead and post my review without it.

Picking up where Left 4 Dead left off, part two is another first person shooter mixed with a batch of survival horror. Left 4 Dead 2 follows a new batch of survivors, who flee Savannah, GA and wind up in New Orleans, LA. New characters means new stereotypes: Nick (the con-artist), Ellis (the redneck mechanic), Coach (the oversized African American) and Rochelle (the low-level reporter, turned bad-ass zombie killer). In real life, I despise stereotypes. However, I am glad there were two African American characters in this game. And speaking of characters, Rochelle feels like a Michonne rip-off (from Robert Kirkman’s The Walking Dead). Was Rochelle inspired by Michonne? Or an homage? I’m sticking with rip off!

The addition of new characters also brought about newly infected enemies, including: The Charger, The Jockey and The Spitter, joining The Boomer, The Hunter, The Smoker and The Tank. Survivors get to battle these infected with all-new melee weapons, including the axe, bat, sword and chainsaw. The chainsaw may be an homage to George Romero and Dead Rising, but since one scene actually takes place within a shopping mall, it feels more like a ripoff. 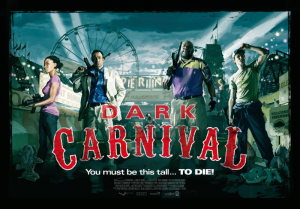 I really enjoy playing the Dark Carnival level multiple times. The addition of zombie clowns was an instant success. I totally approve of this character and level! It’s been played many a time on my XBOX 360. As a whole, L4D2 is an incredible experience. The level designs are great and the achievements are not as glitchy as the original game; although, the game as a whole is much more difficult than the original. Make sure you have three VERY good co-op partners. Otherwise, there is no way you’ll ever defeat expert mode!

Available Left for Dead 2 downloadable content includes: The Passing, The Sacrifice and Cold Stream. Each one poses separate difficult challenges. My favorite L4D2 DLC was The Passing, which is a mission combining the survivors of the original L4D with the new characters of L4D2. It was a great experience, even if my favorite character, Bill, was not included (having lost his life in The Sacrifice). I was glad to see these characters have at least one inter-twined storyline, even if it is a DLC that was sold after the game was released. I’d wished to see something like this as the first mission of L4D2 instead of something to play after completing the retail disc.

Initially, many videogame players boycotted purchasing this game, since it was released just about a year after Left 4 Dead was available to the general public. Many people claimed having two games released so close to each other would divide the fans playing each game. They also claimed Valve would no longer value the original game, which at the time, still needed patches to fix in-game errors. Valve eventually got around to fixing a couple of things and later released more DLC for the original, but its glitchy achievements remain to this day. The boycott basically ended with the release of Crash Course and people ended up celebrating Left 4 Dead 2 afterward.

Just recently, the Cold Stream DLC was released for Left 4 Dead 2. It offers newly designed levels and new mutation matches. However, it was spawned from a L4D fan (and availbe for free via PC gamers) and offers no achievements, whatsoever. No cheevos means no purchase from me. Sadly, I even passed on purchasing this DLC when it was available for 50% off via the weekly XBOX Live Sale. Maybe sometime, I will eventually get around to playing it.