Let There Be Carnage Promises More for Venom 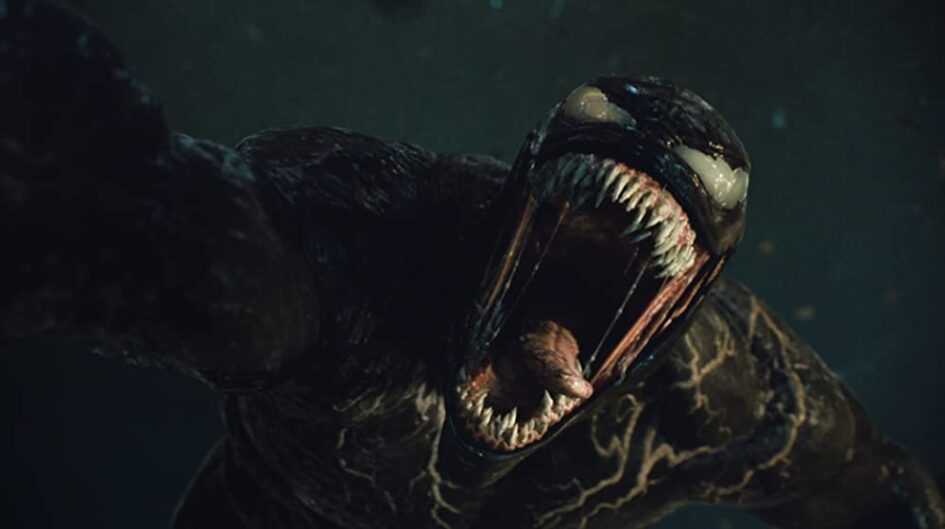 Per Matt
Sony Pictures Entertainment has done everything possible to bring superheroes to the big screen. On one hand, the studio has tried extra hard to make live-action films as different from the Marvel Cinematic Universe as possible, while also trying to bring familiar themes to their films with those same characters who originated within the pages of Marvel Comics. That has happened with the Spider-Man live-action films, moving into the animated Spider-verse and into the spin-off sphere with Venom. That theme continues with its sequel, Venom: Let There Be Carnage.

This movie review is going to be a little different. I’m not going to delve into spoiler-specific points on why I reacted the way I did after attending a local media-only screening, but I will describe part of my experience in returning to (my) hallowed ground of movie theaters.

Eddie Brock (again played by Tom Hardy) returns with a secret that no fan would have guessed: Venom lives! In this story, Eddie’s fallen onto hard times (again!), as his personal life has dwindled (again!), while he’s under constant surveillance by government agencies, still suspecting he’s somehow at fault for the casualties caused in the first movie.

Curtailed to Eddie’s apartment, Venom has been feeding on live chickens and chocolate, but the alien symbiote is finally ready to step out of the closet, so to speak. Out on his own for the first time, Venom reveals his true love at a Pride party (naturally). Unable to occupy a variety of hosts for very long, the creature eventually reunites with its original host to fight a bigger menace: Carnage!

If you liked the first film — which was very popular and highly successful at the box office — you’ll probably like the sequel. Among colleagues who congregated after the movie concluded, many agreed this one was superior to the first. While I made no attempts to hide my displeasure with the original flick, there was a very good chance the sequel could only improve upon its predecessor, as it’s almost impossible to get any worse. While I wasn’t crazy about the sequel, I agreed it was better than the first — but not by much.

If you happened to see any of the climactic battle scenes happening inside a Gothic cathedral, with gargoyles and characters mounted atop skyscrapers, you might have assumed this was a horror-themed flick (which just happens to premiere just before Halloween). You’d be sadly mistaken. Those were actually the best scenes of the entire film. And they don’t last very long.

Stepping into original director Ruben Fleischer’s shoes this time around is Andy Serkis. If you happened to catch a variety of b-story elements in Peter Jackson’s The Lord of the Rings, you probably caught some scenes directed by Serkis and the second-unit camera team. He’s previously directed a video game production, as well as a TV movie and a few other films I’d never seen before. So, this is his stepping into a big-budget production for the very first time as the head guy. It’s obvious he jumped the shark with this franchise.

In a recent interview I read, Serkis was loud and proud about declaring Venom’s love for Eddie, practically pushing the Carnage storyline to the side in order to promote this theme. His claims of bringing more of what the fans were wanting to the big screen just resulted in bad direction, as the scatterbrained story goes every which way but loose (it’s not shocking that Hardy received a “Story By” credit), never fleshing out the most important aspects, always more concerned to reach the next beat as quickly as possible.

On top of that fact is the continuous overacting by everyone involved. Now, I’m a fan of Woody Harrelson, but even he goes a tad overboard at times here, but he’s not the only one. While I loved Fleischer’s direction in Zombieland, I wasn’t a huge fan of his Venom. Serkis’ skills make me question my past decision… hoping for anyone else to direct the soon-to-be announced finale for the trilogy.

Ultimately, this franchise has constantly promised more in future films, while never quite providing quality content in its current releases. In my mind, the highlight of Venom was learning that Carnage would make an appearance in the next film. And the highlight here? Learning that a certain wall-crawler might actually finally meet the symbiote in the next one. That is the storyline I have been longing for way too long!

Unfortunately, much of Todd McFarlane’s fingerprints have been wiped clean from this character. As a huge fan of his Venom comics, that is a major let-down. Two movies into Sony’s big-screen adaptation, I’m left wanting much more from this character. From the looks of what may come in the next sequel, my wishes might finally be answered…