Let’s Be Honest: Evil Dead the Series Wasn’t the Version of Ash We Wanted to See 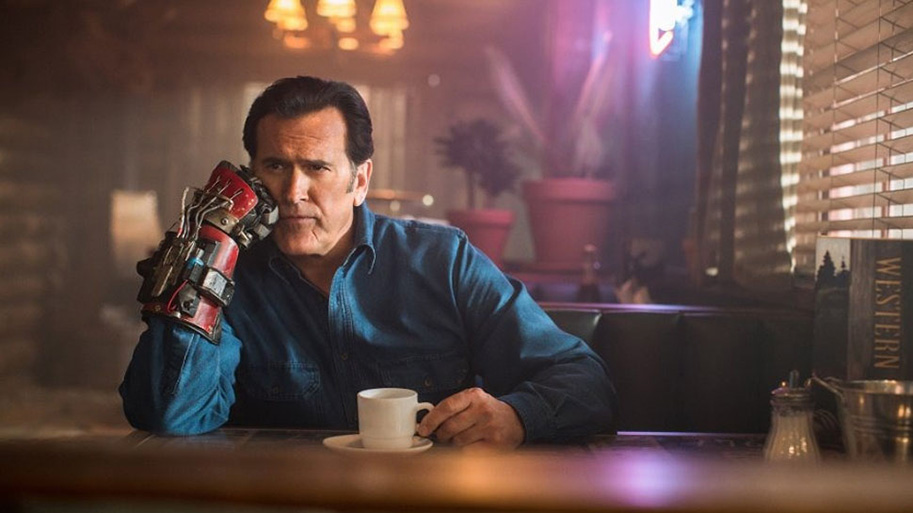 I am a huge Bruce Campbell fan. He has that whole antihero swagger down to a tee. I’ll watch ol’ Bruce in almost anything. So, yes, I watched Ash vs. Evil Dead and I enjoyed the show. However, I was still somewhat disappointed. It wasn’t The Evil Dead. It was something different.

First of all, Ash wasn’t exactly the sexy swashbuckling pantie dropper he was in the past. Sure, he is older, but the character should remain the same. This version of him was more of a loser. Sure, Ash spent time as a store clerk, but he was also a college student at one time. There is no reason to believe he would have spent his entire life working at a retail store, particularly knowing what he knew. There was no need to make his character that level of… er… sad. I understand that the third installment of the film was not allowed as part of the series, which is unfortunate, but I’m also pretty sure that time travel is a fair game storyline, as even the series used travel, just not as effectively.

Secondly, why was the Ruby character added? The only thing I can come up with was to give Campbell’s friend, Lucy Lawless, a role on the show. It never really worked for me. The show was better when we think the evil is just out there. There was no reason to add this character. It over-complicated the plot and, honestly, her parts were the most boring of the show.

His travel companions were… super odd choices. I didn’t dislike them, but I also have to say, “WHY them?” Perhaps a travel companion… one, who was the straight man to his punchlines would have been perfect, but those two? I honestly don’t understand that writing decision. I feel as if the writers were struggling to figure out what kind of person the “Next Ash” needed to be. The show finally landed on him having a daughter to take the reigns… obviously. I think Bruce always wanted the next “Ash” to be female, so giving him a daughter was the only great idea from the TV show. Although, keeping up with what is canon is pretty confusing, as any hardcore fan will let you know.

Yes, I know pirating has been named as a cause for the show not doing that well, but let’s be honest. If the show was really what everyone wanted, would that be a problem? Would the fact that it’s on Starz and not HBO or Netflix really had been an issue if the show had the punch not just hardcore fans of the series, but horror fans in general wanted? Doubtful, because there are too many other shows out there that do make it. You can’t just blame the network or pirating. The fact is, the show was kinda disappointing. I’m not sure exactly what I was expecting from the show, but more… I was definitely expecting more.

If you are sad the show is going, cheer up!!! Fans of the series know we probably haven’t seen the end of The Evil Dead. After all, horror franchises die hard… really hard. Personally, I’m hoping for another film that will have Ash and the chick from the last movie team up. Then again, there is always Netflix, perhaps they can make a better go of this franchise.