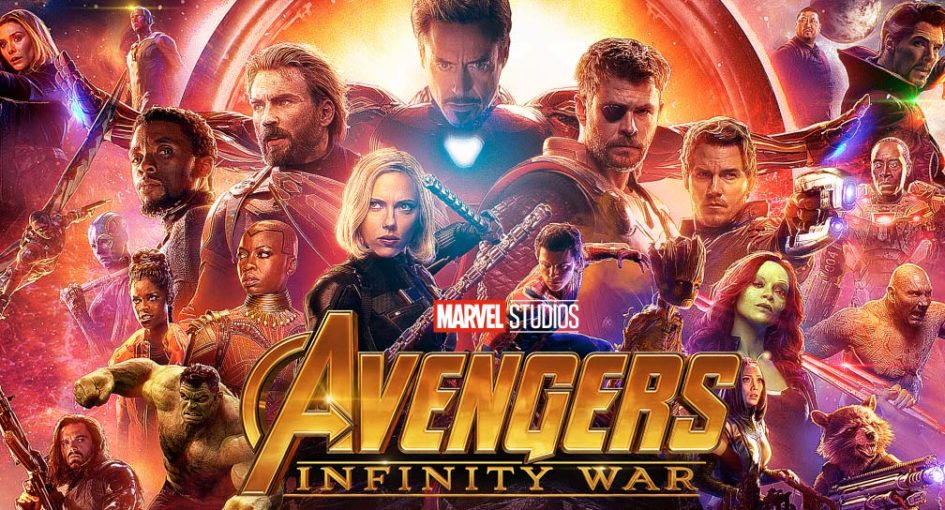 It is finally here! The huge movie (or pending pair of movies) we’ve all been waiting for. The culmination of all things Marvel over all these years. Every story, every character, every stinger scene in the credits, everything, all of it, it’s all come down to this! Are you ready? No pressure!

But really, yeah! There’s pressure! This could be the most anxiously awaited film in ages. The good news is, it’s a good one — but Marvel’s Avengers: Infinity War is big. Really, really big.

(Relax! This is the non-spoiler part!)

Going into this film, you may feel a lot of weight from all that’s about to come to a head (or hand… or glove…) and that is entirely understandable. There is a lot to remember and a ton of character placement to keep track of. To that end, the writers do us a favor and start off right where we left the action of Thor: Ragnarok. This is helpful. We know where we are, who is involved, and about what time and space juxtaposition we’re dealing with.

From this launchpad, we enter a relatively fast-paced story, which packs a high volume of super-fights into the two-and-a-half-hour running time of the movie. Where a normal superhero film might have a couple of big fights, this one seems to have one every 20-30 minutes. It is sure to keep you distracted from the epic length, and almost certain to keep the kids entertained.

Visual, musical and general character thematic elements are well-combined in this installment. Despite the massive cast of A-list actors and top-billed characters, the well-developed legacy of the Marvel Cinematic Universe plays out quite nicely in every interaction — and that’s a huge part of the fun. There are many characters who’ve never met and their dialogue and interplay are some of the best moments in the story. Tony Stark and Doctor Strange are two arrogant rich guys who’ve never spoken, and some entities in the existing roster have never had to tackle the enduring smart-ass verbosity of Peter Quill. It makes for a wonderful set of memorable moments, as well as honorable new alliances built on real common cause.

Sure, there are moments of the occasional janky CGI here and there, but the production value generally holds up to existing Marvel standards. (Which is to say they didn’t stoop to Origins Wolverine-style Roger Rabbit metal shading or anything appalling.) Any hiccups are pardonable and forgettable, at the most.

Some story elements and scenes are genuinely intense in all the right ways, adding to a fairly consistent element of high drama, and best of all, most of the trailer reveals turn out to be misdirections, non-events, or not nearly a full reveal that dulls any moment in the film. Of course, with a two-and-a-half-hour flick, you’d hope they could still be saving a few big punches in their arsenal, as-yet-unrevealed to trailer-fanatics.

One potential gripe may be that the scenes in Wakanda seem a bit superficial, especially if you are one of the 14 or people on the planet who has not seen Black Panther. That dependency is a little tricky, but also doesn’t take too much away from the whole of the film. There is one major plot element within the Wakanda scope, however, that we will discuss in the spoiler-laden zone below, which may prove to be a bit tricky for Marvel if the perfect storm of social-media pile-on were to ignite.

Taking us on a massive thrill-ride all over the universe, Infinity War paces well, and ends in what seems to be a logical spot. The final act is dark, worrisome, massively impactful to the MCU’s other franchises in the interim and leaves a load of talking points for the nerd water-cooler. And yes, stay for the credits — because this one is a hum-dinger! (More on that below, too.)

If you’re staying above the spoiler line, this one needs to be given a hearty 4.5/5 on our ZIMB five-point scale, and you need to peace-out of this review now.

(OK. Now for the SPOILERY part…)

Who’d have thought they’d kill off only the families and human friends of all the heroes as a distraction?? Wow!!

— Just kidding. Now get your eyeballs out of the spoiler section.

In all seriousness, some of the most memorable moments in the film happen to be the most subtle, but most potentially spoiler-laden. On the potential list of such are the concept of Tony’s continued willingness to martyr himself, Peter Parker’s paralyzing fear of assured death upon his disintegration, Groot’s phenomenal selfless choice in forming the handle of Stormbreaker, Quill’s raw and honest love for Gamora (especially upon learning of her death), and the trip your imagination could go on while contemplating Red Skull’s fate in filling in for Death in this particular take on the tale. Some of these choices by the writers are simply wonderful, and not overplayed in the execution on-screen.

Tension is an excellent tool of the plot in Infinity War, as well. You’re truly rooting for them to get that gauntlet off Thanos. You genuinely believe, for just a moment, that Thor has done the heroic deed, only to lose all hope at the snap of Thanos’ fingers. You get a true impression of “ohhhhhh shit” when you see the fallout on Earth of half the population vanishing into dust. (Missed that? You should have stayed ’til the credits were over! Didn’t you listen?)

By far one of the most deep and contemplative notions in the film, however, is the motivation of Thanos. Marvel has been kicking it off the field with villains we can actually understand. In Black Panther, everyone can grasp the motivations of Killmonger. It is his method that makes him evil, and even in the end, he is offered salvation. With Thanos’ effort to rid the universe of precisely half of its beings, his point is somewhat valid. There is not enough universe to go round, and his solution would be one way to solve that. A dark, cynical, tyrannical way… and one for which the opposite choice might be to use the Infinity Gauntlet to simply provide more for the universe to share.

But what if Thanos representing the apex predator the universe has been in need of to keep it on track? What if Thanos is right, or knows something the heroes do not? There is enough depth to the horrid consideration he has made to allow the viewer a lot of post-game ponderation, and that’s something we might never have considered we would see in a comic-book film when we set out on this journey way back at Iron Man.

Nick Fury and Agent Hill are cruising the streets when all hell breaks loose, in the form of driverless and pilotless vehicles careening into things once the half of humanity guiding those machines goes “poof.” Hill is rendered dust, and then our man Nick starts to fade. Of course, we hate to see this, because it’s just one more reminder that our favorite one-eyed badass can’t seem to get a break on his luck lately. All is not lost, though, as he manages to send a message to someone using a funky little device.

That someone is Captain Marvel, and that device is a pager. (Google it, millennials.) This pager might be one of the most exciting and tantalizing things we’ve seen at the end of a Marvel film. Why? Because the Captain Marvel film is set in the ’90s, and a pager it oh-so ’90s, and this particular device features a heap of enhanced tech. It’s the what-if that’s so delicious to consider:

What if Nick’s pager isn’t just a pager, but… the beeper of time?? Is it possible that he’s sent a heads-up to Captain Marvel back in the ’90s? Or at least a heads-up to ’90s Nick to get her on a fast-track to interstellar ass-kicking?

And of course, in the modern era of a rising profile for female heroes, what if it’s a lady who saves us all and ushers in the next era of MCU flicks?

Exciting to consider, and we’ll have to just wait and see. With half the roster down for the count, two films set in the past from Infinity War, and the potential for impact on other titles like Agents of S.H.I.E.L.D., the evaporation of 50 percent of the living critters in all of creation is a huge reality to navigate for the coming year.

Another what-if of less exciting proportions, which we can hope doesn’t occur, is the possibility that African-American viewers may feel slighted that T’Challa is included in the deleted portion of life as we know it. It is safe to say that is not a permanent situation, but the potential for fan or casual-viewer backlash exists, in this age of Internet mob-mentality.

The consequences of this story have been huge. Our heroes have their work cut out for them. Are we ready to live without a resolution for the time being and hold out for the exciting conclusion?

The undoubted response from fans seems to be to “bring it on.”