Logan is a Violent and Emotional Accomplishment 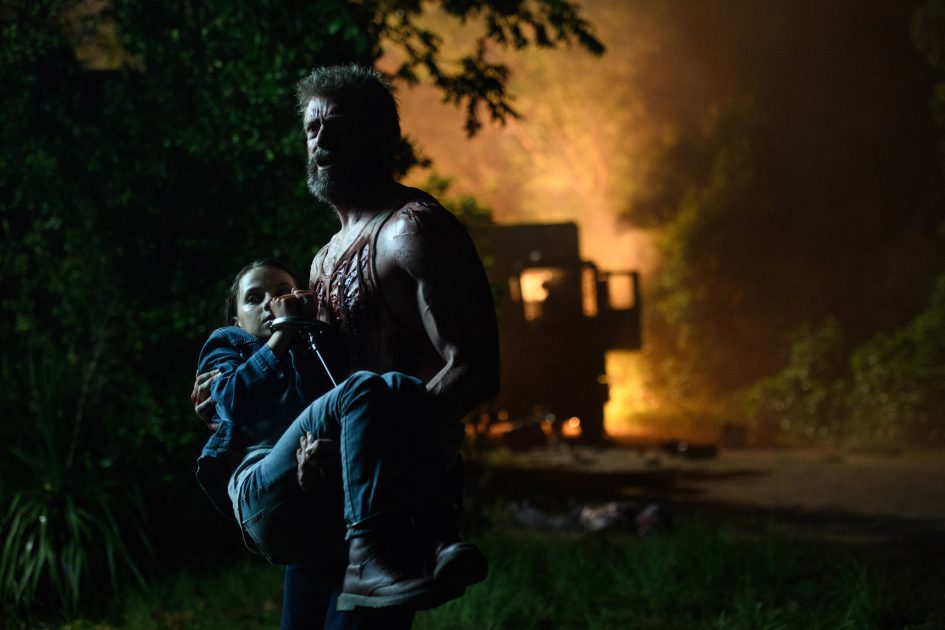 There was a time when the superhero genre felt like it was all a big experiment, from one film to the next. Superman movies emerged as early as 1951, and up until around 2000, every Marvel and DC release had relatively limited production value. Over the next decade or so, the genre became a spectacle of the screen. Directors could show the capabilities of every hero, mirroring the inked and colored stories they came from. But recently, heroes have started to feel deeper and more real. They don’t feel like super-heroic tales anymore. They feel like stories of people, who happen to have super powers. Logan is one of those gritty stories that brings out the humanity in people that are more than human.

The timeline has taken us 12 years into the future. Mutants are now a dwindling species. Genetic modifications of food supplies have been implemented to weaken and eliminate mutant genes. For decades, it was believed that none had been born at all. That was the reality for Logan, until a nurse from Mexico City brings him his mutant daughter, whom she rescued from an experimental lab. For a large sum of money, the woman pleads with him to take Laura to a sanctuary named Eden in North Dakota.

Logan is desperate for cash, but overwhelmed by the task. He already cares for an elderly Charles Xavier, who has developed spells of dementia, triggering unwanted telekinetic occurrences. The both of them have aged, as many mutants have shown signs of deterioration. Mutants, like usual, are shunned in society. Their weakening has made them targets and all Logan wants to do is to be able to get out to sea with Xavier.

Of course, the adolescent mutants from Mexico City are wanted back by their captors. Pierce, the bionic-armed villain proves diligent in his desire to establish his own mutant army in a time when mutants are dying out. Logan’s brooding demeanor offsets Charles’s optimistic outlook on the situation. The former desires self-preservation, while the latter desires a world where mutants aren’t persecuted. Since Canada is the only safe haven for them, Logan reluctantly escorts Laura to her destination.

Throughout the movie, Laura shows similarities to her father. Neither of them deals with strangers well. Their penchant for solitude likely stems from their upbringing as experiments, used for human weapons. They have the same regenerative healing qualities and both have adamantium skeletal structures, as well as retractable blades. When push comes to shove, they both respond with deadly force.

One of the trends that started with 2016’s Deadpool, is that Marvel is beginning to branch out again into R-rated territory. Way back when Daredevil was set to hit theaters in 2003, the plan was to give it more violent and mature content. When Spider-Man broke box-office records as a PG-13 movie, the producers at Regency and Marvel Entertainment decided to cut Daredevil down to a PG-13 rating as well. Comic books are often misconstrued as a medium intended for children. Though, while adult themes within the pages of their books haven’t caused an uproar among parents, the transition onto the screen has hindered the product severely. Logan doesn’t hold back anything for Hugh Jackman and Patrick Stewart’s final X-Men performance. Impaling, decapitating and bloodying up bad guys is constant. The feeling that anything can happen to anyone holds suspense in a way other Marvel releases don’t really come close to. Comparing Logan to previous X-Men movies make them all look whitewashed, in a way.

The movie is long, timed at two hours and twenty-one minutes, but the pacing is perfect. Nothing ever really drags out or stalls. There isn’t any filler, just compelling plot and action. Perhaps the biggest triumph of all is how director James Mangold is able to add depth to characters we have been used to seeing in eight previous movies. They are realer than ever.

Logan may very well be one of the most polished comic book films ever made. It doesn’t give off a feeling of repetition or a generic display of superhuman feats for their own sake. It feels emotionally invested to the viewers, the way a send off should feel. Though the end of an era has come, it ended beautifully. Fans deserve a movie like this: a movie that isn’t afraid to be more than what it can be.