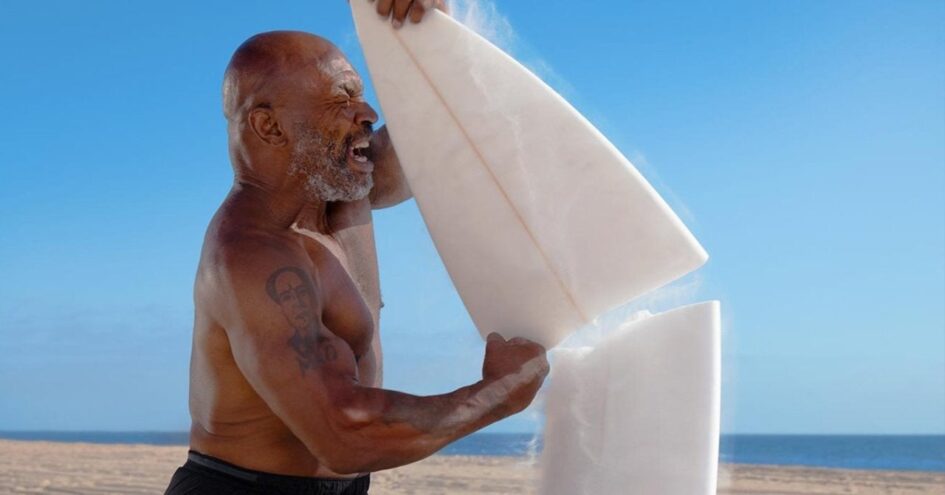 Per Matt
Throughout the years, I’ve really learned a couple of things about my entertainment interests. I will ALWAYS prefer a story told within a snowy location to any other and I will normally be fully entertained when dealing with underwater adventures. Naturally, I was stoked to watch the offerings of Discovery Channel’s Shark Week this year, to see what I could see and learn a few new things about the sometimes misunderstood deadly monsters from under the sea…

Great white sharks receive a lot of notoriety, but they’re not the only underwater killing predators. I really enjoyed Monster Under the Bridge, which showed researchers hunting the one-ton great hammerhead named Big Moe under the Old Seven Mile Bridge, seeking genetic samples along the Florida Keys. This program was special because I used to live in Florida and I even went scuba diving in the Keys before, which was eventful for all the wrong reasons. Great White Double Trouble detailed how the East Australian great whites stay separate from the western ones and Mako Nation (filmed in New Zealand) detailed the fastest and most powerful shark in the world, which has had very few successful studies researching them in the past. Shark Lockdown: Sharkmania attempted to explore how the global pandemic has affected the underwater species, while Bob the Shark (aka Bob Oschack), host of Shark After Dark, brought comic relief to seven days of deadly, killer shows. But it was the celebrity guest stars who made differentiated 2020’s Shark Week from all the rest.

“This summer is sure to be the sharkiest one, yet.”

Back in 2018, it was Shaquille O’Neal who brought notoriety to the Discovery Channel (Shaq Does Shark Week) and just a week ago, Nat Geo wrapped its five-week-long SharkFest. At some point within six weeks of watching nonstop shark-tacular programming, it all blurs together, so it takes a special type of show to remain memorable. Enter Bear Grylls, who learned how to safely swim with sharks. Brandon McMillan (of Lucky Dog) explored why great whites are bringing sea otters onto the brink of extinction. Guy Fieri fed sharks (instead of his face) with his son, Will Smith overcame his fear of the ocean (after recently learning how to swim). Adam Devine returned to Shark Week for the second consecutive year to explore the tiger shark super site he previously discovered. Michael Phelps attempted to outswim a great white in a race. And then there’s Mike Tyson, who makes a spectacle of himself wherever he goes. In this special, the baddest man on the planet summoned the strength to catch a shark with his own two hands and then rock it to sleep. Tyson is absolutely an entertainment heavyweight.

Unfortunately, Shaqattack was a major letdown, where O’Neal wasn’t even the star of his own special (the Youtube group Dude Perfect and mad scientist inventor Mark Rober seemed to get more airtime). I also felt like the viral highlight show featuring Snoop Dogg as the narrator was absolutely phoned in. Other than those, I enjoyed all the rest.

Shark Week is always must-see TV and I will continue to hold high standards for the level of edutainment offered therein. I do fear some of the shows are getting a tad repetitive. Maybe some new blood will revive the franchise in 2021. I’m hoping so, as I expect the marine biologists, photographers, researchers, filmmakers, actors, rappers and enthusiasts alike who will be invited next year will surely bring something fun to the screen.