Random Acts of Violence is a Horror Film That Hates Itself 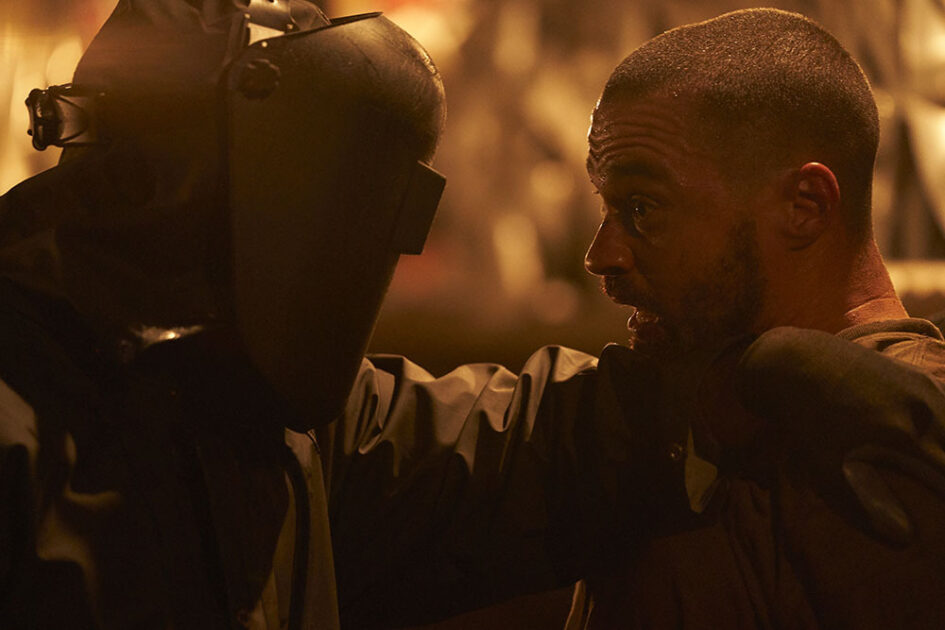 Actor Jay Baruchel is known for many movies throughout his career. He has been a novice wizard beside Nicolas Cage (The Sorcerer’s Apprentice, 2010). He helped a dying friend break into Skywalker Ranch to see Star Wars: Episode I (Fanboys, 2009). He has tamed a dragon (all of the How to Train Your Dragon films). He faced the end of the world and made it to Heaven (This is the End, 2013). And he has lent his writing talents to the great hockey film franchise, Goon. Jay has quite the background in being a part of good films.

With that resume, I was stoked to hear that he had worked as screenwriter and director for a film adaptation of an obscure graphic novel called Random Acts of Violence. The comic was written by Justin Gray and Jimmy Palmiotti, released by Image Comics back in 2010. With only slight differences in premise from the novel to the film adaption, I assumed the film would be a pretty decent slasher flick.

What we got was something that was way off that mark.

Random Acts of Violence is the story of comic book creator Todd Walkley (Jesse Williams). His hit comic is called “Slasherman,” which was based on the exploits of a famous real-life serial killer dubbed the “I-90 Killer.” With his series coming to end, Todd begins to have writer’s block. Needing to get the creative juices flowing again, Todd enlists his friend and business partner Ezra (Jay Baruchel) to set up a promotional tour on their way to New York City Comic Con. They plan to travel down I-90, bringing along Todd’s girlfriend, Kathy (Jordana Brewster) and his assistant, Aurora (Niamh Wilson).

The trip begins to take a turn soon after they begin. At the first stop, Todd is completely appalled by the reactions of fans to his comic. Rather than being disgusted by the murderer, he meets people who are borderline worshipers of Slasherman. And not long after this, Todd and company are questioned by police for a series of murders that bear a resemblance to the events in the comic book. The group gets entangled in the homicides and comes face to face with Slasherman himself, or at least a killer who draws inspiration from Todd’s graphic novels. 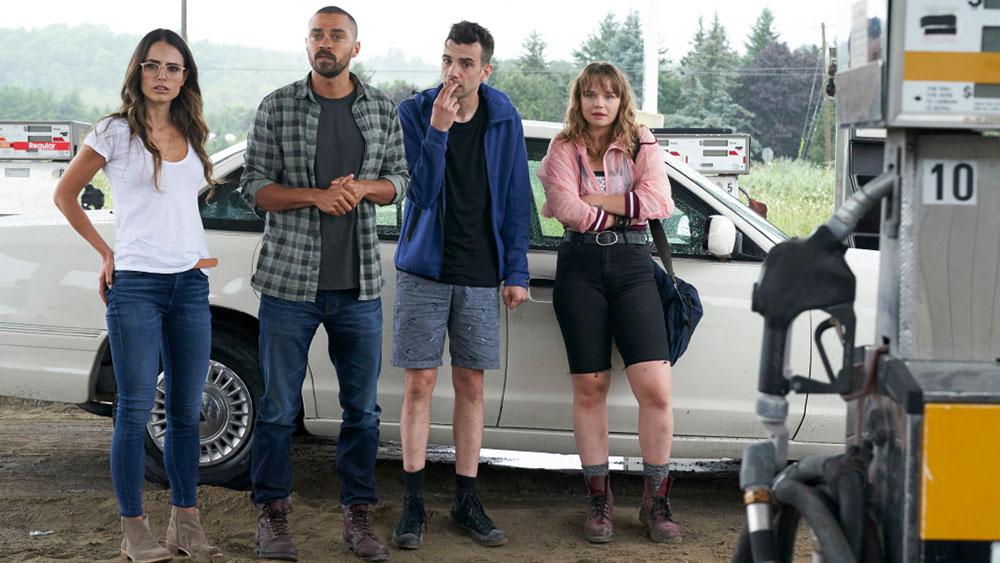 There is definitely a weird vibe with Random Acts of Violence in its storytelling. Todd’s reaction to his fans loving his character just seems really out of place. Todd had visualized Slasherman as someone that people would hate and loathe. You mean to tell me it never once occurred to him that his fans may actually like the character, possibly seeing him as a tragic hero? I do not know of any situation where a popular comic book would be seen by its creator as unlikable. The self hating that Todd shows in the film just does not fit with any form of reality, taking me completely out of the film.

Character development in the film falls apart almost after the title card is shown. Todd is a mess of a character, but Ezra, Kathy and Aurora are never fleshed out. Even the killer, while given a backstory, is completely forgettable. I had absolutely no reaction to any of the deaths in Random Acts of Violence. This lack of character development and connection to the audience is completely a failure on the writing of Jay Baruchel and co-writer Jesse Chabot. Yes, the actors in this film should have been able to at least make us care about someone, but bad writing always starts with bad writing and directing.

Now that I have trashed the movie for incredibly bad writing and storytelling, let’s take a quick look at the good parts. if you are looking for a 100 percent mindless slasher flick, Random Acts of Violence kinda fits the bill (but trust me, don’t even think about turning on your brain, even for a second). There is plenty of blood and gore to go around. The special effects department did well in their jobs and should be commended mostly. Yes, there are some over-the-top moments where too much was done and it saturated the screen with nastiness (too much of a good thing is not a good thing), but for the majority of Random Acts of Violence, it is acceptable.

And that is about it. I cannot think of anything else that Random Acts of Violence does well. And that is a shame. Jay Baruchel and Jesse Chabot should take this as a wake-up call if they have any aspirations of writing other horror films. Random Acts of Violence is exactly how you DO NOT want to make a horror film. I would suggest either working with or studying horror screenwriters like Ari Aster or Jordan Peele. Or just avoid the horror genre all together. The Goon film series is decent. In fact, had Baruchel and Chabot made Random Acts of Violence into more of a horror-comedy film, it would have done much better. It even felt like that was where they were going, but then decided to throw the comedy part out the window and go full-on gore. It was a terrible mistake on their part.