VR Gaming Becomes Too Real in The Peripheral 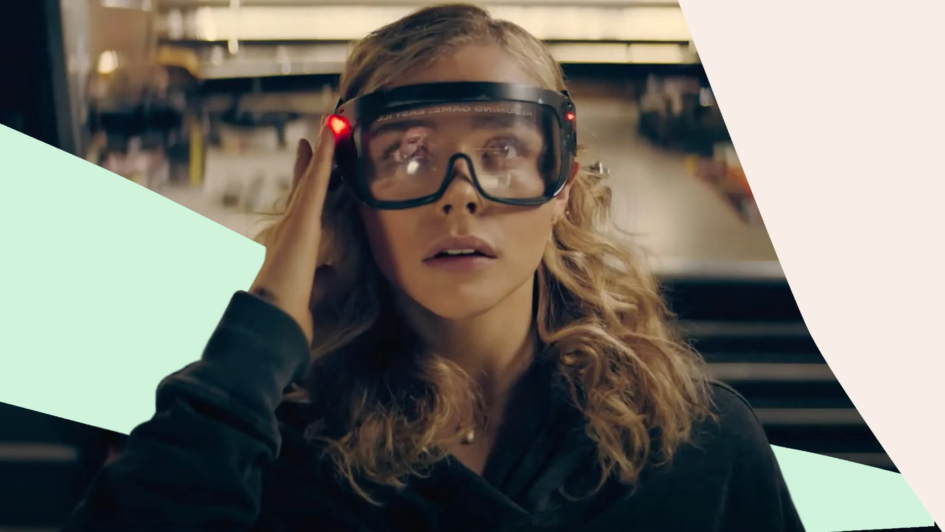 I must admit something. While I am a Twitch Affiliate, a YouTube Partner and an occasional guest on multiple podcasts relating to gaming, I do not classify myself as a gamer. I rarely play games outside of a handful. I play Dead by Daylight the most, and sometimes delve into the worlds of Fortnite, Sea of Thieves and Ghostbusters: Spirits Unleashed. Outside of those, I don’t really play anything else. I have never had a hankering to dive deeper into the gaming world. To use a phrase I have heard others use, I am not elite (or L33T as some would say).

By not branching out into new gaming technologies, I have never experienced the world of virtual reality (VR) gaming. I annually attend conventions and trade shows, seeing tons of people waiting in line to try out the newest tech — not just for gaming purposes, but also for VR haunts. Yes, rather than playing a game, many people find it fun to put on a headset wired to a metal latticework to get their scares on. It’s somewhat comical for a person standing outside the virtual world to see them interacting with things unseen by their eyes. I chuckle occasionally when I see the jump scares or when someone tries to escape a chainsaw-wielding maniac safely trapped in a digital landscape.

I have never felt the need to try on a headset and experience the thrills.

There have been many movies based on virtual reality gaming. From smash hits like Ready Player One, to cult classics like The Lawnmower Man, VR has been seen as both a blessing and a curse. Ready Player One showed audiences the cooler, hip and fun side of gaming with consequences, while The Lawnmower Man showed what can happen if we delve too far down the rabbit hole. Both movies show what can be gained by entering a CG world, and the perils that can happen in the real world as a result.

Amazon Prime’s The Peripheral is the latest addition that attempts to blend reality and virtual reality into one world. In this TV series, Chloë Grace Moretz stars as Flynne Fisher, a young woman in the year 2032 who takes care of her ailing mother, Ella (Melinda Page Hamilton), along with her former-soldier brother, Burton (Jack Reynor). In this world, technology has taken hold of many aspects of life. Burton and Flynne make money by playing VR-based games. VR in The Peripheral is almost indistinguishable from the real world, but still, the games live within the confines of the digital world, not directly affecting the bodies of those who play them.

That all changes when Burton receives a new VR headset. Intrigued by the new tech, Flynne makes the first trip into the game, taking over Burton’s character. However, things go wrong after a few trips. Flynne soon realizes that she is not playing a game, but she’s actually living an alternate life. As she digs deeper, she finds out that the future of life as she knows it is in great peril, and only she can change it.

There was not a lot of advertising for The Peripheral prior to finding it on Prime. When I read the summary of the show, I have to admit I was not initially excited to check it out. I am not a huge fan of television shows, and rarely even turn my TV on during the week. I feel that shows are just extremely long movies, coming in at 12 to 20 hours of content. And most shows tend to fill that time with bland, slow and snore-inducing content. Lucky for me, The Peripheral lacks this boredom. 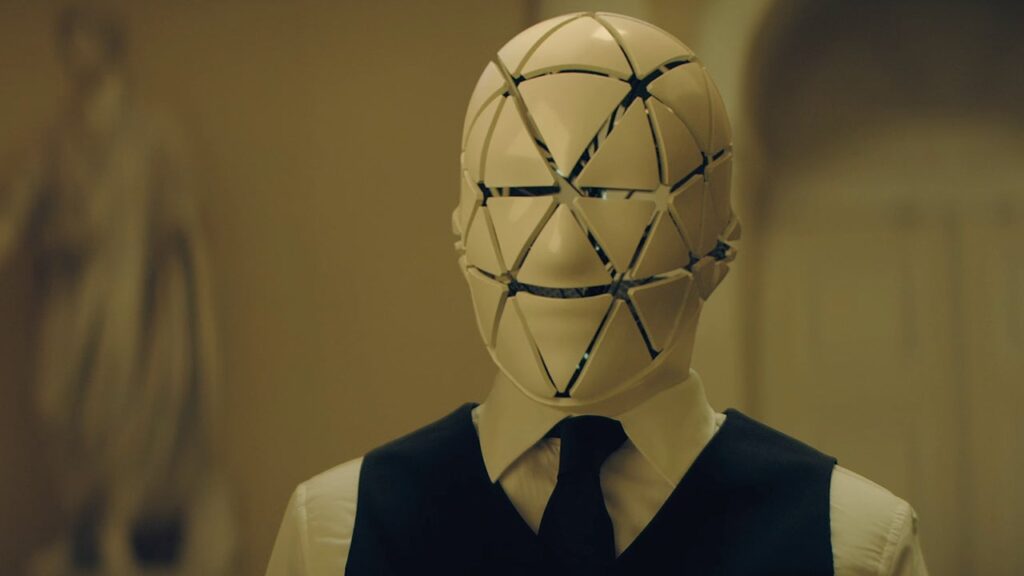 A robot from The Peripheral

Chloë is a great fit for her role. She has always come off as more of a kick-ass (pun intended) girl. She has a very strong presence in the films I have seen, primarily the alluded to Kick-Ass series, as well as Dark Places, Carrie and even Neighbors 2: Sorority Rising. She is that rare actress who can both play the hero and the villain in anything she stars in. Not knowing much about the premise here, Moretz was the driving force that made me want to check it out.

The same cannot be said of her costar, Jack Reynor. At first, I thought maybe his character was supposed to be on some sorta super drug or something of the like. He has this look about him where he seems out of it for most of the episodes. In a lot of ways, his portrayal of Burton plays the same as his character, Christian, in the horror film, Midsommar. He has the same blank, distant stare. He has the same unlikeable demeanor. And he has the same narcissistic tendencies.

Episode 4, which is the last episode I was able to see before writing this article, seems to be taking his character on a new path as family protector, so I am hoping this is the turn-around greatly needed for Burton.

I am not a huge fan of the visuals in the show. The best part would have to be the robots that appear throughout. They have no faces, but use extremely quick movements, creating a weird, unsettling vibe. Some are programmed to have facial features, but those are broken up by spaces on the face, making them easy to distinguish from human counterparts.

Besides these beautifully odd creations, the show feels lacking. It tries lots of different things to keep you immersed in the fact the show takes place in the future, but it’s either too limited (such as the moving tattoos on some people) or the story misses the mark entirely (the keyboard-pounding “hacking” used to keep Flynne tied to her future self). I think it is time for the production to actually move up from 1990s’ future tech to something a little more modern.

All in all, The Peripheral gets three out of five stars through four episodes. Chloë Grace Moretz is its shining light, bringing her unique acting abilities to an otherwise mediocre show. Hopefully, it will pick up after Episode 4, as this is the halfway point for the first season. Jack Reynor needs to have a character update, or the show will suffer immensely. It may be a tall order to finish out the season on a strong note, but maybe the future is not so bleak for The Peripheral if those tweaks occur.