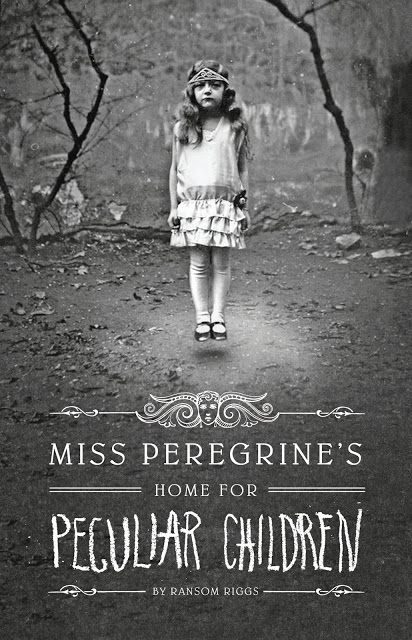 Combining creepy real-world photographs with a fictional storyline, Miss Peregrine’s Home For Peculiar Children is a unique work of fiction.

Author Ransom Riggs creates a believable fantasy world, enjoyable for readers both young and old. Hard to believe this is Rigg’s first novel.

Miss Peregrine’s Home For Peculiar Children is centered around Jacob Portman, a Florida teenager who discovers the world, and himself, by escaping his ordinary life.

When his Polish Grandfather mysteriously dies, Jacob attempts to solve the mystery via the cryptic clues left behind. Along the way, he must determine if the fantastic “fairy stories” told to him as a kid were actually true, shedding new light on his Grandfather’s past and possibly leading to Jacob’s future.

While Jacob loved his Grandfather dearly, he never knew the whole story to Abraham Portman, who often told tall tales of fighting monsters and living on an enchanted island. The monsters in question were Nazis; the location was Cairnholm Island, a remote island off the coast of Wales, where refugees were housed under the care of Headmistress Miss Peregrine. Oftentimes, Grandfather Portman’s cryptic clues serve as double entendre; othertimes they’re literal. It’s up to Jacob to decipher the clues before a deathless demigod finds him and his friends.

This story really resonated with me. From my perspective, my Great Grandfather died when I was young. I loved him, but I didn’t really know him. In visiting his house after he passed away, I had to decipher letters and scrapbooks to learn the true stories of his adventures. I noticed a lot of familiarities with Jacob’s travails. I was truly invested in his adventure.

The random pictures really help the storyline move forward and define the characters of the book. They also help create an fantasy environment that might not otherwise be believable, because they’re real. That’s good writing — and creepy photography — plain and simple.

In a peculiar science experiment gone terribly wrong, this book feels like a Young X-Men story of mutants hiding in plain sight, but it’s much more than that.

20th Century Fox bought the feature-film rights to Peculiar Children, with Jane Goldman attached to adapt the screenplay and Tim Burton attached to direct. Burton seems to be fascinated with peculiar and fantastic literature, since he was also quick to purchase the feature film rights to Abraham Lincoln: Vampire Hunter as well. Here’s to hoping Peculiar Children will do better at the box office than Lincoln, which was a flop (also produced by Burton).

The open-ended conclusion leaves room for the already-confirmed sequel to be even bigger and better than the first book — which was the #1 New York Times best Seller — following 10 peculiar children and one shape-shifting time-travelling headmistress, venturing out into a peculiar world.

Strength: Great fictional characters, even better real-world photographs!
Weakness: Threads the fine line between young-adult literature and soap opera.
WTF Moment: All of the pictures are real, but a few were slightly altered.

Notable Quotes:
– “Only birds can manipulate time.”
– “It was like waving red underwear at a bull.”
– “I’d always known I was strange. I’d never dreamed I was peculiar.”
– “Rather than becoming gods, they had transformed themselves into devils.”
– “Within minutes the place was a smoke-filled den of tipsy Sherlock Holmeses.”
– “I used to dream about escaping my ordinary life, but my life was never ordinary.”
– “I’d only explored ten feet of the house and was already about to foul my underwear.”