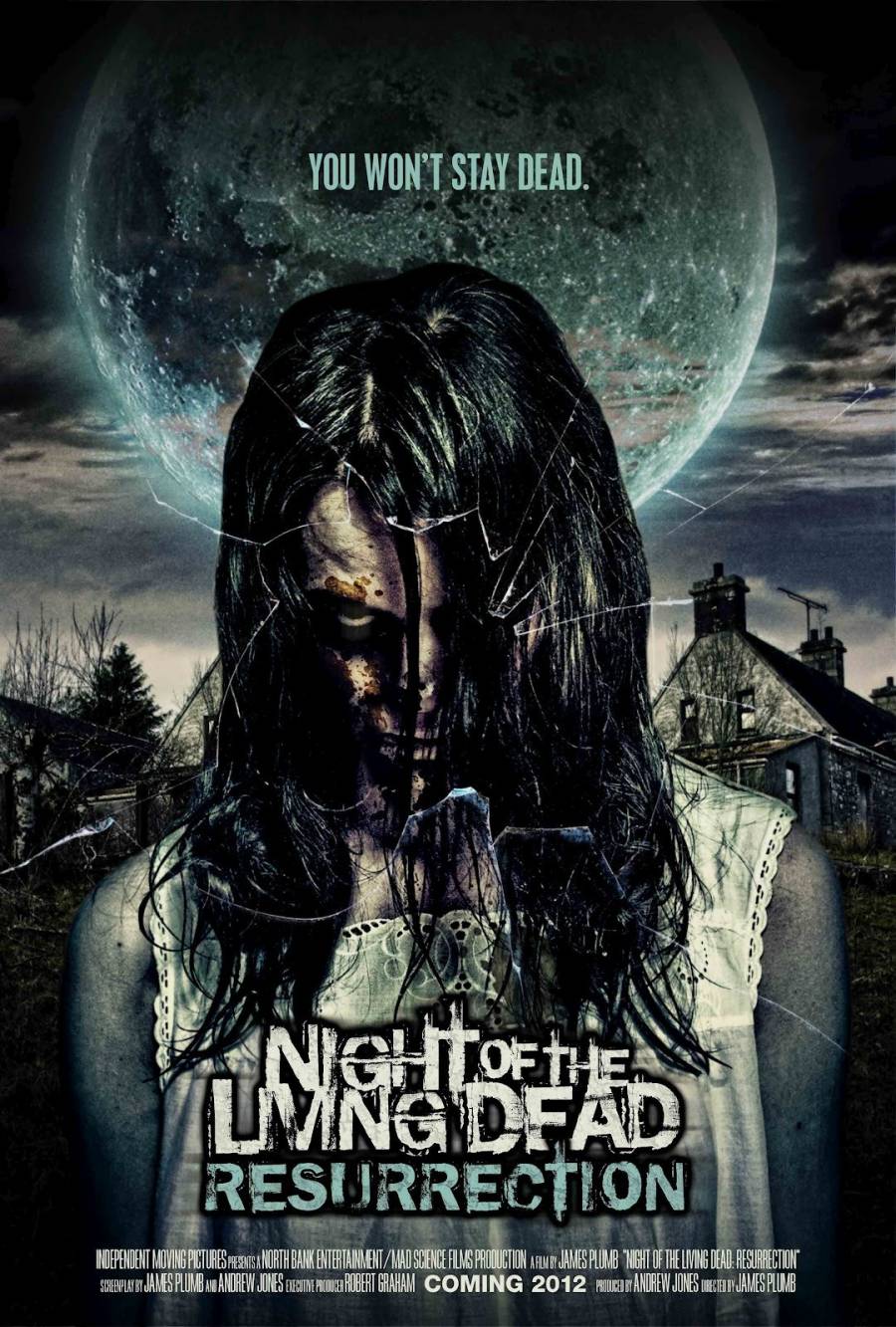 If you’re going to unofficially remake the George Romero undead classic, placing events in present-day Wales, you’ve got the makings of a hit movie, right?

Unfortunately, when you’re a low-budget UK production company, the answer is no. Night of the Living Dead: Resurrection is a UK B-movie at its finest; nothing more than an unauthorized rip-off. Absolutely no one was involved from the original ’70s movie in making this movie. As it stands, it only “borrowed” the title, having nothing to do with the original, storywise.

This is the most boring Zombie Apocalypse ever! Since there’s no true threat, except boredom (to the characters and the audience), much of the “movie” — a term I use lightly — is spent focused on a family in an isolated farmhouse in West Wales. Not much happens there (surprise!). The entire story is just very slow to progress.

At some point, the family patriarch decides to leave the safety of his house and his family, to travel who knows where. Maybe he was as bored as the audience. After leaving, and gets himself killed, naturally.

Honestly, I tuned out of this “resurrection” long before the credits rolled. I couldn’t tolerate the terrible storytelling any more than I had to. This movie was so bad, I couldn’t even get any notable quotes.

This has got to be one of the worst movies I’ve reviewed, Zombies or no. I truly hope I don’t accidentally pick up any more movies by Mad Science Films and I hope no one else does, either.

Strength: Thankfully, the worst actors are killed off.
Weakness: Where is the horror? Not many walkers in West Wales.
WTF Moment: The film followed a secondary character for 10 minutes straight before killing him. It felt like a waste of time.