The Mist TV Series Rolls in on Spike 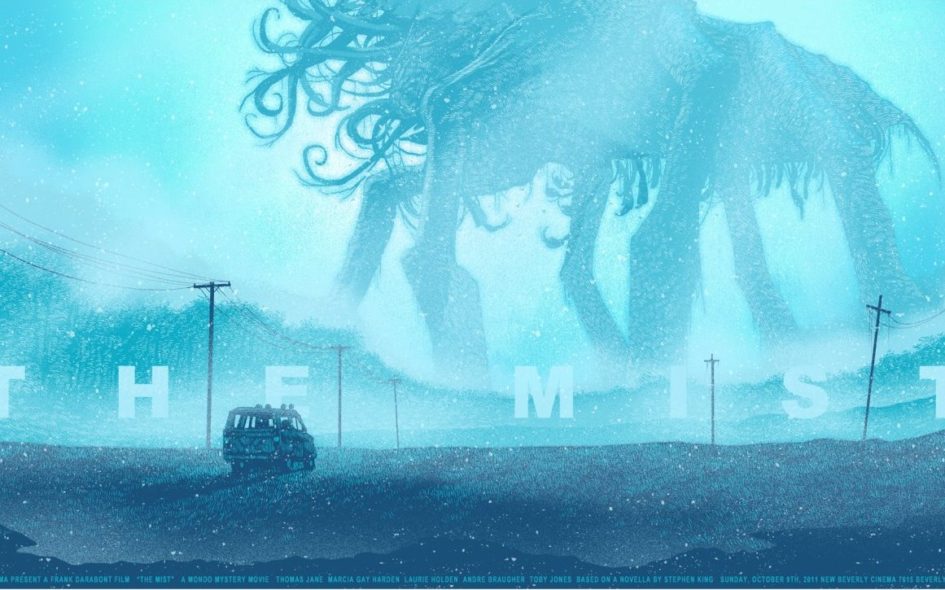 I have long been a fan of Stephen King’s short story, The Mist. In the book, there is this apocalyptic feel and you are left wondering exactly what will happen to the survivors. A mysterious mist falls over a sleepy town and in that mist, terrible things roam. The first adaptation, which was a full-length film, ruined that entire feel and hacked King’s work into pieces. This new adaptation, a TV series on Spike, doesn’t seem much better.

So far, Spike has released three episodes. The first episode focused on the rape of a teenage girl. Unless she has really been raped by a bug and subsequently is pregnant with a half-bug half-human nightmare… I can’t imagine why I should care. After half an hour of this, I started wondering if I was actually watching a ’90s teen soap opera.

Our main characters are the Copelands. The first episode mostly centers on them and the fact that dad, Kevin (Morgan Spector), is more permissive with their daughter, Alex (Gus Birney), and mom, Eve (Alyssa Sutherland), is more controlling. Kevin allows Alex to go to a party that Eve has specifically forbidden her to go to, as long as she brings her gender-fluid friend, Adrian (Russell Posner) along. She is raped at the party. Meanwhile, Eve is disciplined at school for her too explicit class on sex education. By the way, the boy who raped Alex is the chief of police’s son and the all-star quarterback. Throw in a priest, a hippy, a frightened mall manager, a soldier who can’t remember anything about his past and a junkie, and you have the cast pretty much rounded out. I don’t think I have to tell you too much in order for you to figure out these characters’ parts in the plot. It’s all very predictable.

The story is set up with over-the-top characters. The good, the bad and the crazy… all mashed up together. By episode three we already have our groups breaking into these factions. I’d say pretty soon the war won’t be with just what is lying in wait in the mist, but with each other. The question is just how interesting is a series based on a mishmash of people forced to cohabitate? Personally, I feel the series would be much more interesting if the focus was more on figuring out what is going on, fighting the monsters in the mist and making their way out of the mist. I’ve seen crazy town people turned religious zealots due to extreme circumstances before. Let’s get that part out of the way and start making our way into the mist, shall we?

In general, The Mist is typical King fodder. Which means there are good people and there are bad people, and these people do not like each other. Stephen King’s work is always about good people vanquishing bad people, for the most part. It’s a theme I love, but not when the metaphor is this obvious. The first three episodes were mildly entertaining, however, if the pace isn’t picked up a bit, I just don’t see how the show will retain viewership. A book or film that focuses on people losing their minds during an apocalyptic event is one thing. A TV series with hours and hours of people just arguing with each other is another. I am hoping this series will go further than the book or film did and allow our characters to move past… being stuck with crazy people in a small place, rather quickly. Right now, that is exactly what the show is about. It’s just larger-than-life personalities trying to control everyone, which can only be interesting for so long.

Currently, I can only give the show two and a half stars, but I have hopes that the series will try and move into a new direction. However, currently, I can’t rate the series on hope. Right now, the show is just political fodder with a nameless something in the mist. That said, I would imagine fans of The Walking Dead will probably enjoy the series from the get go.

The Mist airs Thursday nights on Spike TV at 8 pm Central. The first three episodes are currently all available on the Spike website.