Mother! is Probably Not the Movie You Thought You Were Going to See 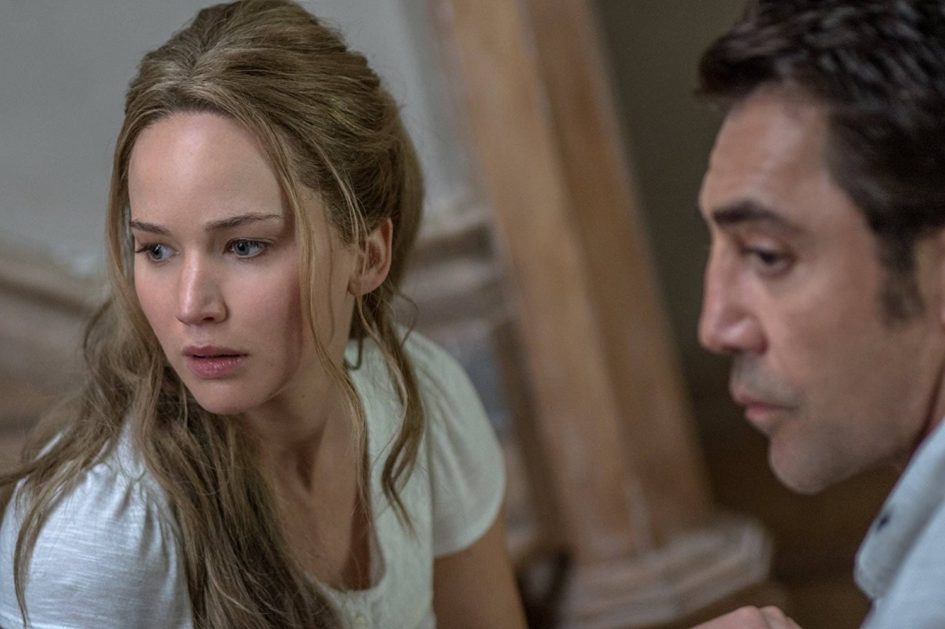 I am not sure why Mother! has been marketed the way that is has, perhaps simply because they had no idea how to market the film. Actually, I’m not even sure how this movie got made. It almost felt like I was sitting through Sunday school during the movie. It’s close to impossible for me to review this film without spoiling, but I will try.

This movie isn’t scary, it’s just… out there. It’s a thinking person’s film. It’s a film that theologian scholars watch and then have coffee or drinks and discuss for hours. For those interested, I am going to make a video where I dive into the symbolism and talk about what was going on. It is impossible for me to give a true review of this film without spoiling it, so I’ll save that for a video. I don’t feel anyone in the theater I was in understood the movie. I helped a couple of patrons deal with what they saw and understand it better. I actually just happen to be a biblical scholar, and I was able to get most of the symbolism, but even i had a few things I had trouble with.

In the film, Mother (Jennifer Lawrence) lives in a remote home, isolated from the rest of society with her husband, Him (Javier Bardem). He is a famous writer struggling to find inspiration for his next piece, while she works on fixing up their home from a previous fire. Mother tries to create paradise for the two of them together — this is her main goal in life. She wants to make him happy and make their home perfect. Then one night, a man travels from far away and needs a place to stay. Him lets the man in and gives him a place to stay, even though he isn’t the best guest. After that, the film spirals into a mad allegory of The Bible and the director’s thoughts on humanity and God.

Let me begin by telling you that if you want to see a regular horror movie, this isn’t the film for you. In my opinion it isn’t a horror movie, unless you find the history of mankind horrifying. If that is true, then yes… this movie is terrifying. Director Darren Aronofsky has some issues with God and humanity that he needs to work out. Perhaps this film was cathartic for him. There is no redemption given to any character in the film, other than Mother. The director has been credited as saying, “You will feel miserable after watching this film,” but I didn’t. I don’t agree with his take on things, so I left more feeling sad that someone feels the way Aronofsky must feel.

This isn’t a movie for people who don’t know The Bible. I don’t mean you went to Sunday school when you were 5, know The Bible. I don’t even mean the person who necessarily goes to church every day kind of person who thinks they know The Bible. To really understand this movie, you better actually be able to take a test and pass it on some pretty specific books of The Bible. You need to be a literal scholar, or you will perhaps interpret the information incorrectly. In an interview, the director also said the movie was an allegory for climate change. Sure, that is part of the picture, but I feel as if that is how he sold the film to the studio. That’s how he got the film made. The movie follows along with The Bible very closely.

It’s also pretty clear to me that Aronfsky wants to desparately be the next Stanley Kubrick. I just got that feeling as I was watching the film. He isn’t picking the right films to reach that goal, though. When your subject matter is as dense as his films are, people can’t even concentrate on the work of the director, they are spending to much time figuring out the film. Mother! may very well be a great film to discuss over drinks, but it doesn’t hold up to movies like The Shining or A Clockwork Orange. There is no care given to setting up the characters, to making us understand the relationships in the movie. You can only understand these relationships if you have an understanding of The Bible. We feel the confusion of Mother during the movie, but we don’t necessarily feel for her. We aren’t given a real chance to get to know her before the madness begins. Jennifer Lawrence did a fantastic job as Mother, she worked with what she was given and breathed life into the character. Javier Bardem’s character, Him, really has no lasting impression, but I don’t know if I should blame the actor or the script for that.

Is the film any good? Should you go watch the movie? I can’t answer that for you. It isn’t like any movie I have seen, I can say that. I don’t know that I enjoyed the film, but I did find it very interesting. It was worth watching, and not nearly as shocking as everyone seems to keep saying. Perhaps I just know The Bible too much to be shocked about what was on screen. I give Mother! three-and-a-half stars for its interesting take on creation.