The Marvel Cinematic Universe has been introducing audiences to both old and new characters for many years. We were gifted the initial treats of seeing fan favorites such as Iron Man, Captain America and Thor. Along with these iconic characters we got Black Widow, Hawkeye and Nick Fury. And while other great characters like Spider-Man, Doctor Strange and Hulk got thrown into the mix, the MCU had greater ambitions. After the events of Avengers: End Game, the Marvel world was left with a void of top names.

While a few are still around, Disney and Marvel Studios have started going down the road of giving us more lesser-known and/or new characters to follow. The first attempt at this was the addition of The Guardians of the Galaxy, which proved to be a smash hit for the fanbase. Like me, either people had never heard of them or knew them by group name only.

It was this success that brought in more obscure heroes and villains in the post-End Game world. Films like Shang-Chi and Eternals have been met with both praise and criticism from critics and the general public, much more than the past films. The spark seems to be missing, as seen with the Rotten Tomatoes critical score of 47 percent. Whether it is just a lack of quality writing, viewers’ feelings about agendas being pushed or other factors, it is clear that the MCU’s plan to diversify its offerings, while still moderately successful, is nowhere near the levels the classic characters bring.

Television shows are somewhat more popular than MCU films, when introducing new characters. The shows allow the development of the hero/heroine to play out over a much longer time period. For example, WandaVision really allowed Wanda to evolve into a sympathetic villain. We got to see over the course of the season how her heart broke, which in turn made her susceptible to the powers of the Darkhold. Moon Knight was able to focus on the conflict between the multiple personalities at play with Marc Specter. And Loki introduced fans to the multiverse, which is now key to the overall Marvel story.

Now, Disney has released Ms. Marvel, a new TV series that gives us Kamala (Iman Vellani). While the name would make you think this would star Captain Marvel (portrayed by Brie Larson), Kamala is just one of the cosmic superhero’s biggest fans. Being an outcast at school, Kamala relies on her vivid imagination and close-knit friendships to make her way through her teenage years. That is, until she finds a bracelet owned by her aunt. When combined with her thoughts, this bracelet grants the girl superpowers. 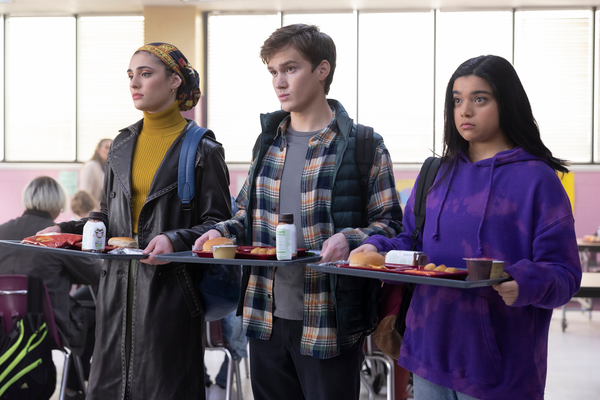 I had a chance to check out the first couple of episodes of Ms. Marvel. And while I feel that there is a chance of the show evolving, these episodes proved to be mediocre at best, boring at worst.

Kamala is an extremely likable girl, who has such an amazing imagination, that when paired with the bracelet, shows incredible potential. The bracelet’s power is something akin to Green Lantern’s ring, but that is not made clear in the first two episodes.

The show just feels bland. Maybe it is the old rule that a TV show doesn’t hit its stride until Episode 3, but it is my opinion Ms. Marvel is going to struggle to hold the attention of the audience. Outside of Kamala, the rest of the cast seems to be cookie-cutter archetypes, not unlike what you would see in any teen drama film in the ’90s.

While I feel Ms. Marvel has potential, I am not sure the current staff at Marvel can make the turn needed to salvage it. I wanted to be wowed in the first couple of episodes. But that was not the case. Time will tell if I am wrong, but as of right now, Ms. Marvel is just a below-average teen drama.