Jazz Fest: A New Orleans Story is a Love Letter to Louisiana 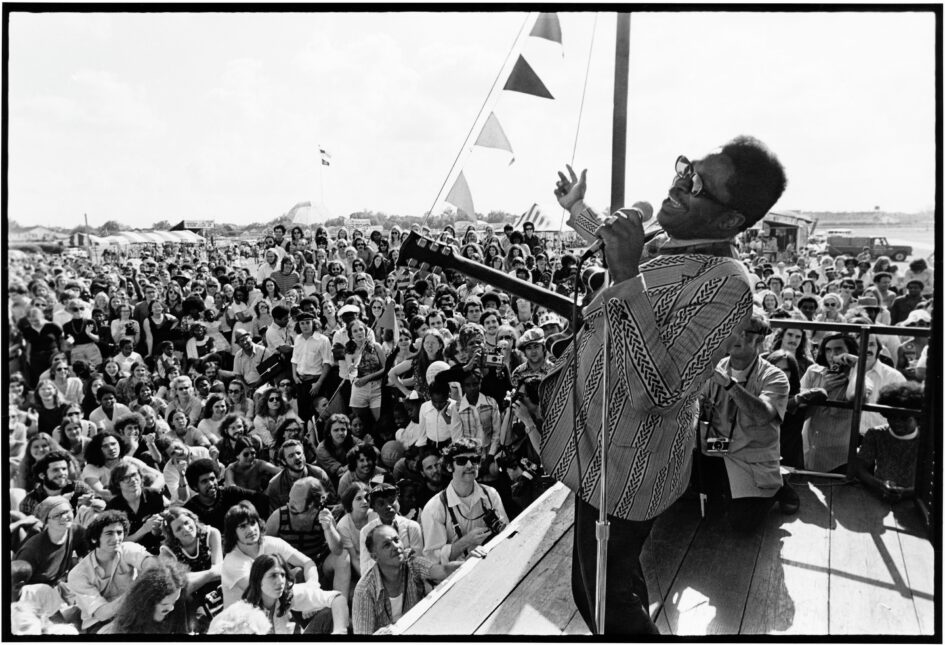 Per Matt
Jazz music can be rock and roll, but it can also include rhythm and blues, funk, gospel and soul. Jazz is all of this and more. As a style, it is all encompassing. Originating within the United States, it is 100 percent American, and you can thank the Big Easy for that.

If only there was an annual event that could somehow celebrate the music, the food, the style and reflect its local heritage and culture… Jazz Fest: A New Orleans Story is the documentary that celebrates 50 years of performances by world-class musicians that’s simultaneously featuring the world’s greatest backyard barbecue!

Jazz Fest is a big deal to locals and tourists alike, but it’s an event that almost never got off the ground. Each year, 7,000 musicians appearing on 14 stages over eight days welcome scores of people, but the Jim Crow laws at the time could have doomed the event from the start. There were lots of doubts about the event’s success, bringing in whites, blacks and Cajuns together, but everybody enjoys music, everybody dances their own way, and everybody eats, so maybe this thing could actually work.

A whole lot of work went into its inception and a whole lot of people helped make it happen. Local performers, as well as headline acts were invited to perform and 50 years later, the event has become an institution within the city,

“Jazz Fest meant that you made it…”

I’ve only visited New Orleans three times in my life, but I was blown away by the culture of the city each time I was there. The roots of jazz are firmly planted in everything you can see, touch, smell and taste. Experiencing it firsthand, it’s like no other. Executive producers Quint Davis and Jimmy Buffett (Imagine that!) understood that very well, as the home of evolving music which celebrates differences in style, tempo and delivery receives the spotlight.

It was a thrill to see one of my favorite musicians, B.B. King appear onstage; however, Pitbull received much longer screentime. Watching the Gospel Tent (which featured more than 1,000 gospel singers), various horn sections, marching bands and hip-hop artists showcased offered a variety of flavors, but Jimmy Buffet has drawn the biggest crowds throughout the festival’s many years.

Distributed by Sony Pictures Classics, this is no ordinary concert film. Sure, there’s celebrity interviews and some incredible archive footage, but my biggest takeaway from watching the film was the associated feast! All of the smells from restaurants, wafting into the N’awlins communities, are something I still dream about to this day. Food from all over the entire state of Louisiana is at your disposal, including crackling, crawfish, jambalaya, po’boys and my favorite: beignets!

“The air is thick… not just with humidity, but with culture.”

Much like its music, the food found there is a collaboration of different styles. I wish the food aspect could’ve been ramped up a little more, but it’s in there. On one of my visits to the city, I unknowingly arrived during Jazz Fest and the atmosphere is one of a kind!

This is definitely a New Orleans Story, one which doesn’t just feature swamps and alligators within the state lines — but it does explain the difference between Cajun and Zydeco music. It’s a love letter to the Big Easy honoring the way of life to those who live there. Much like jazz funerals, the joy and the suffering are displayed side by side. But one of the documentary’s biggest omissions is skipping the aftermath of Hurricane Katrina.

Mother Nature’s Category 5 level of destruction literally swamped the area in 2005. The locals had next to nothing after the floods subsided, but the festival was about the only thing that brought many people back together.

Having lived in Florida during this period of time, I’ve hunkered down through quite a few hurricanes, including Katrina’s warpath. One of my visits to the city occurred a mere weeks after the city technically reopened to the public. It was a mess I hope never to witness again throughout my life, but one I had to see it with my own eyes. Many of my prayers have been sent to the people from this area. This scenario is briefly touched upon.

But the music must go on, much like life, as messages of forgiveness, redemption, celebration and joy fill the air. COVID-19 was another roadblock for the annual event, which shut it down for the first time in 50 years due to the global pandemic. Jazz Fest returned in the spring of 2022 and with some luck, it won’t get cancelled for another 50 years or more.

There’s some great overhead drone footage from the fest and much home-made music coming straight from the heart, I just wish there could’ve been more iconic performances filmed throughout the years.

There’s much more than Bourbon Street in Louisiana, as Jazz Fest can attest.