The Jurassic Franchise Finds a Way With Dominion

Per Matt
Life may have found a way to survive Steven Spielberg’s Jurassic Park, but the world’s fascination with dinosaurs living among humans in a new millennium will surely fascinate millions more as the end of the franchise’s second trilogy premieres with Jurassic World Dominion.

Who could have possibly assumed a big-screen adaptation of Michael Chrichton’s original source material would spawn not one, not two, but six big-screen blockbusters? How about almost any living teenage boy (and many girls) with active imaginations?

The prospects of bringing ancient monsters back to life seems like a no-brainer today, but back in 1993, the odds of collecting box-office billions didn’t seem so great. Not even a global pandemic could slow these creatures’ roll this weekend.

Going into my local Dominion screening, I’ll admit to having missed the previous release, Jurassic World: Fallen Kingdom. But catching the movie on basic cable recently, I examined the film’s premise: The characters encounter terrifying new breeds of gigantic dinos while uncovering a conspiracy that threatens the entire planet.

Now, doesn’t that sound strangely specific to each and every chapter of the Jurassic film franchise? Better yet, it also describes the latest release, Jurassic World Dominion.

It’s a cookie-cutter summary, but the only difference this time around is adding the original legacy characters into the mix. That, in itself, seems to be a cliche for franchises long in the tooth these days. But the thing that separates this one from the latest Spider-Man, Halloween and Scream selective sequels? These already-developed characters actually follow a new storyline. 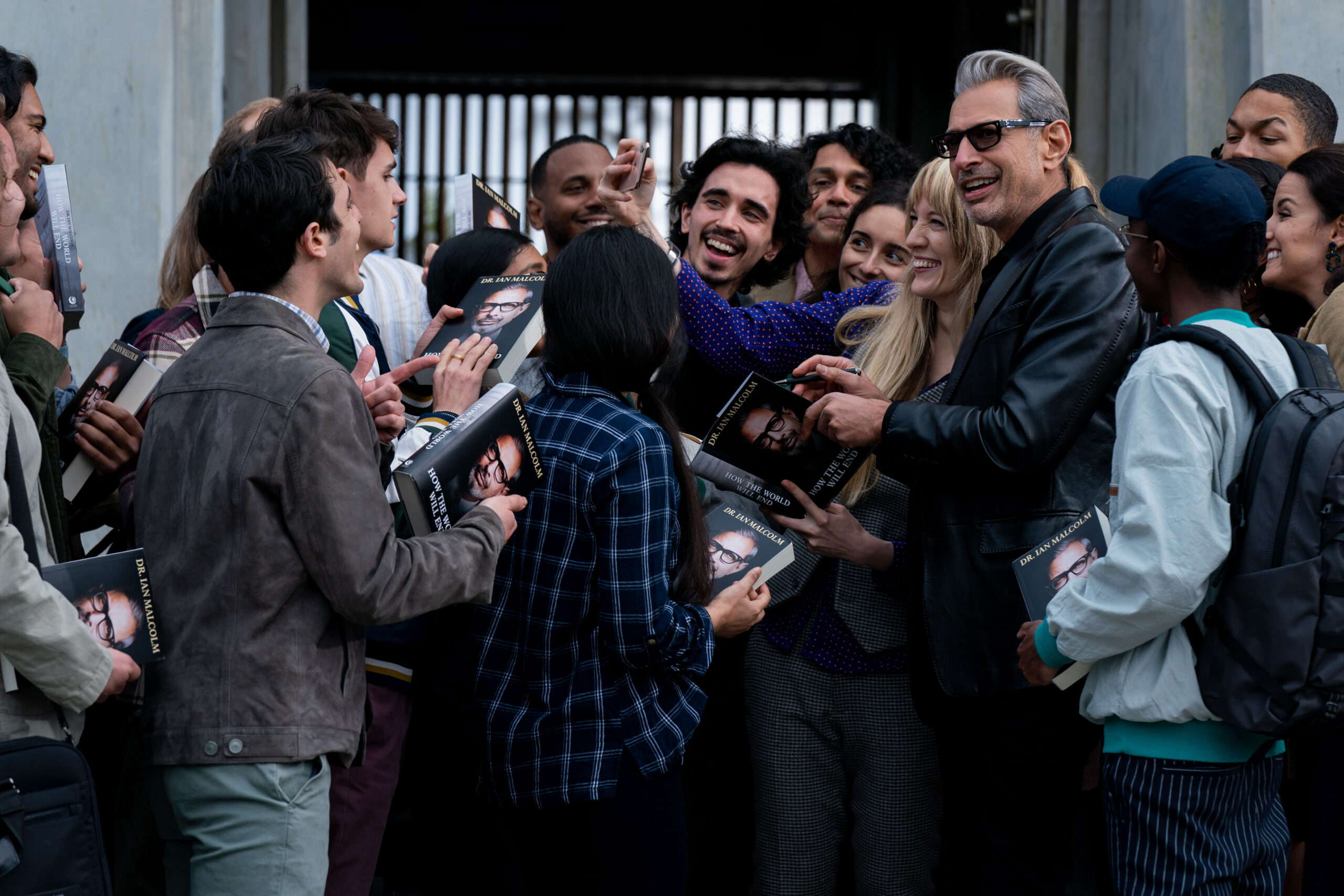 You already know them. You already love them. And compared to the sequel characters, they’re far superior. I truly felt this with Halloween (2018) and Halloween Kills. I strongly believed this with Scream (2022), and I experienced this — with nostalgia — in Dominion (Spider-Man: No Way Home was just… different).

Now, I don’t remember each and every plot device for the past five Jurassic films, but I did remember how much I craved Jeff Goldbluming each and every second he spoke his smarmy dialogue. I never realized how much I missed the actor before looking back at some of his seminal performances. No stranger to genre films, he shines brightly in Cronenberg’s The Fly, Independence Day and Thor: Ragnarok, not to mention each of his Wes Anderson appearances.

As a self-described Goldblum fanboy, I look at the sequel trilogy with a glass-half-empty perspective. Chris Pratt seemingly came out of nowhere to become a feature-film leading man — Jurassic World definitely helped him attain that goal. But his schtick quickly wears thin, as all of his big-screen characters tend to look and sound the same. Every. Single. Time.

With each release featuring the actor, you can generically pencil in his description as looking scruffy (Someone get him a razor, already!) and having plenty of oneliners in his dialogue. At this point in his career, Goldblum isn’t that generic with his acting approach, but you kinda know what to expect from the actor.

Seeing Laura Dern, Sam Neill and Jeff Goldblum return to the world they previously attempted to protect was a nostalgic trip and seeing their interactions with the sequel stars was enjoyable. However, for a film 200 million years in the making that was heavily promoted as the final entry for the franchise, I absolutely, categorically disbelieve there won’t be any more sequels released in the future.

Much like Prehistoric Planet, there always seems to be a bigger predator waiting in the wings and I can foresee yet another sequel trilogy featuring even more vicious creatures.

And why wouldn’t the public want to see more from these legacy characters? I’d eagerly camp out by the nearest movie theater to see what’s next for them, but I’d be less interested in seeing what the future held for the sequels’ stars.