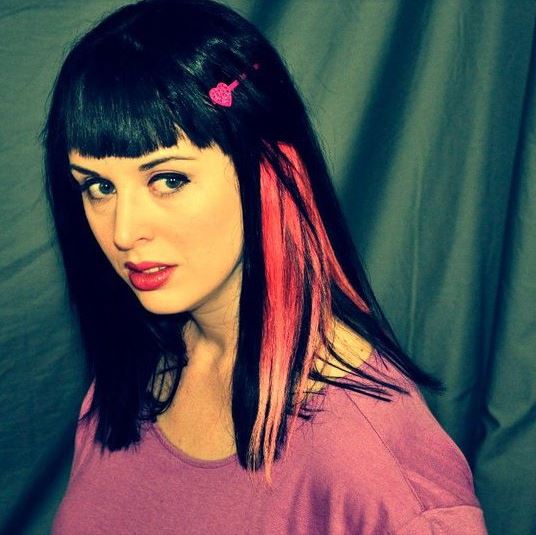 Per Matt
According to the Middle Tennessee Anime Convention, 2014 is the year of love!

As the Executive Director of MTAC she has many duties, but long before Holly Moore began working for Arts Cubed as a staff member, she was an anime fan. In our interview, Holly discusses her introduction to the genre, previews MTAC in Love and encourages a new generation of fans to get to know the classics.

In order to run an anime convention, you must be a big-time anime fan. How did you originally get into the genre?
– “Oh, man. In the very beginning, I was waking up to watch Sailor Moon and Dragonball on UPN at like, 5 am. That was when I was in fifth grade. My mom thought I had been possessed, waking up that early to watch TV an hour before I had to be up for school. By middle school, my friend, Samantha, had introduced me to a whole new world. She got me hooked on such great shows! Slayers, Trigun, Escaflowne… I’ve always felt like I got into anime during the best era and at the best age. We had so much fun, and it wasn’t long before we had other friends watching with us.”

What interests you the most, concerning anime?
– “I think mainly I’ve always had a deep appreciation for the fact that even though it’s animation, anime as a genre is never afraid to be intense. It can be so dramatic and intense with the plots, and even shows that are meant to be comedies can be very real and dark at times. I’m also a fan of character development, and anime does a great job of making you love the characters. It makes being a fan so fun, because you’re attached to that character, rooting for them and so enraptured with their story.”

What are some of your favorite anime?
– “Well, since I’m *ahem* getting older, most of my favorites are from the ’90s. Sailor Moon, of course, is the #1 fave. I’m also a huge Tenchi Muyo fan, as well as Onegai Teacher. I’m also a huge fan of Ai Yazawa, so Paradise Kiss and NANA are big favorites, as well.”

How would you introduce anime to someone new to the genre?
– “Try lots of different types of shows until you find something you love. Anime is a huge genre, and every show is different. What other people rave about may not be your thing, so don’t be afraid to explore different titles and discover for yourself!” 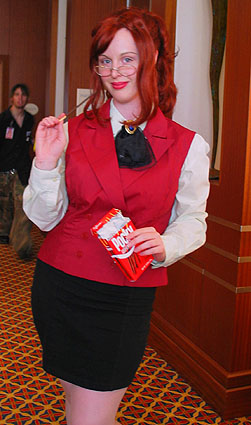 What programs would you recommend to beginner anime fans?
– “I think it’s easiest to do a quick Google search for popular anime and see what other people are into and start from there. Big hits like Naruto, Fullmetal Alchemist, Bleach, Sword Art Online, Soul Eater, Fairy Tail, etc. I also tell everyone to watch anime on Cartoon Network when it airs, because there’s such an assortment there. Netflix, Hulu and Crunchyroll are AWESOME resources for beginners, because it’s so convenient to just watch several episodes and decide what you do or don’t like. I also tell newbie fans not to disregard older series! There are some true classics that everyone needs to see. Sailor Moon, Ranma 1/2, Fushigi Yuugi and Oh! My Goddess are must-see series that are all older than some of the kids I see at cons these days!”

How did you initially get involved with MTAC?
– “In 2004, I attended my first MTAC. I was working for a dealer, and ended up spending time with the talent and the talent relations director one evening. We hit it off, and he invited me to work for that department the following year. I attended my first staff meeting in February 2005, and the rest, as they say, is history. And boy, what a history it has been!”

It takes a lot of work to run a convention. Would you ever have envisioned running one when you were first getting into anime?
– “Oh my gosh, no way! I still find it hard to believe at times. I’ve been very grateful for the opportunity, though.”

What can we expect out of MTAC in 2014?
– “The goal this year was to be leaner, more focused. I wanted to see us get back to our roots a bit, and the move to Murfreesboro was a good time to make that a reality. I think there will be more of a focus on the social aspect, and a lot of folks are excited to see us scale back and have a year that’s a little more laid-back.” 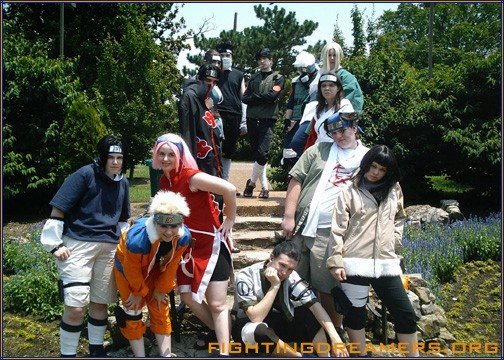 Where did the concept of MTAC in Love originate?
– “We came up with all of the themes many years ago. We always try to somehow relate to the number. This is 2014 and year 14, so we thought about February 14th being Valentine’s Day, and the idea for MTAC in Love was born. The concept wasn’t narrowed down to just romance, however. It’s also about fandom and our love for all of the geeky things that make us fans. That can mean a lot of different things for different people. For me, it means remembering to play DDR, wear J-Fashion and educate people about it, and educating people on the culture of Japan. For others, it may be cosplaying with friends, introducing a friend to your favorite manga, or for some of us elder otaku, sharing our favorite anime with our kids and a new generation of fandom.”

Where will we see that theme highlighted at the convention?
– “We’ve tried to incorporate the theme into the look of the Main Stage, the decor of the atrium, as well as with the merchandise and print materials. The con will be very pink this year, and I won’t lie — I’m thrilled! The aesthetic is the con is very much my personal taste in a lot of ways. I’ve had too many gritty, dark themes the past few years, so this softer, gentler MTAC is a huge relief to me!”

MTAC will be hosted by a new location this year. Will the layout be different from years past?
– “While the floor plan is different, you can expect to see all of the usual destinations including the Main Stage, Dealer Rooms (yes, plural! East and West), Video Room, Digital and Analog Gaming, several Panel Rooms, Artists Concourse, and Chibi Corner.”

What’s new to the convention this year?
– “Other than the venue itself? *lol* We’re doing some new culture-related panels on geisha and tea ceremony, as well as bringing back Iron Lolita after a hiatus. There’s also a definite uptick in panels on social issues in fandom. We also have a bigger and more robust Chibi Corner for the 12-and-under crowd!”

Could you preview Chii Sakurabi’s concerts?
– “Chii is so adorable! I held off on inviting her last year because I knew she was going to be a perfect fit for our theme this year. I’m a huge J-pop fan, especially the super-cute idol singer stuff, so I was really happy we are able to have Chii with us this year. Expect lots of super adorable music and dancing at her show!”

What kind of prizes will there be for the MTAC Costume Contest winners?
– “The Grand Prize winner of the contest this year will receive a cash prize of $500!” 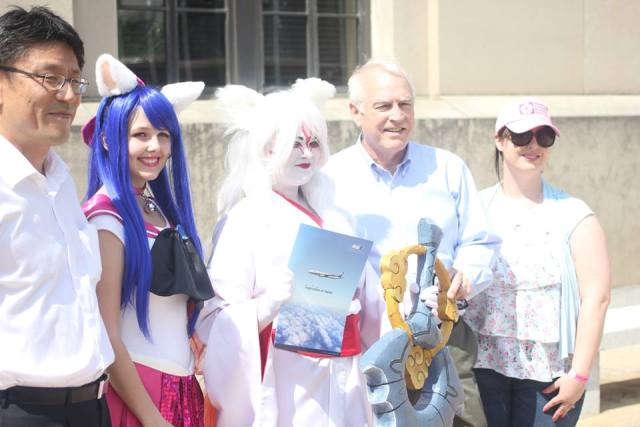 You recently held a Costume Contest at the Nashville Cherry Blossom Festival. What were some of the prizes that were awarded?
– “This was the second year that I was the Director of J-Funland for the Festival. The Grand Prize round-trip airfare to Japan went to Laura Houser. The Runner Up, Shay Gilbert, will receive a free pass to MTAC.”

What are you currently geeking out to?
– “Anime-wise, I’ve been watching Fairy Tail with my 6-year-old. It’s a cute show. I’m also super amped about the new Sailor Moon series this summer! We’ve been re-watching S and SuperS. Non-anime, it’s been Game of Thrones, Once Upon a Time, The Walking Dead and Mad Men. It’s been hard to keep up with anything lately, as con planning has been eating up the majority of my time.”

Is there anything else you’d like to add?
– “I’m super excited for MTAC this weekend! It’s also kind of bittersweet, as this is my last year. After almost a decade of being on staff, I’ve got a long list of things I’ve never been able to make time for and it’s time for me to get to it!”