Musical Animals Are Back in Style with Sing 2 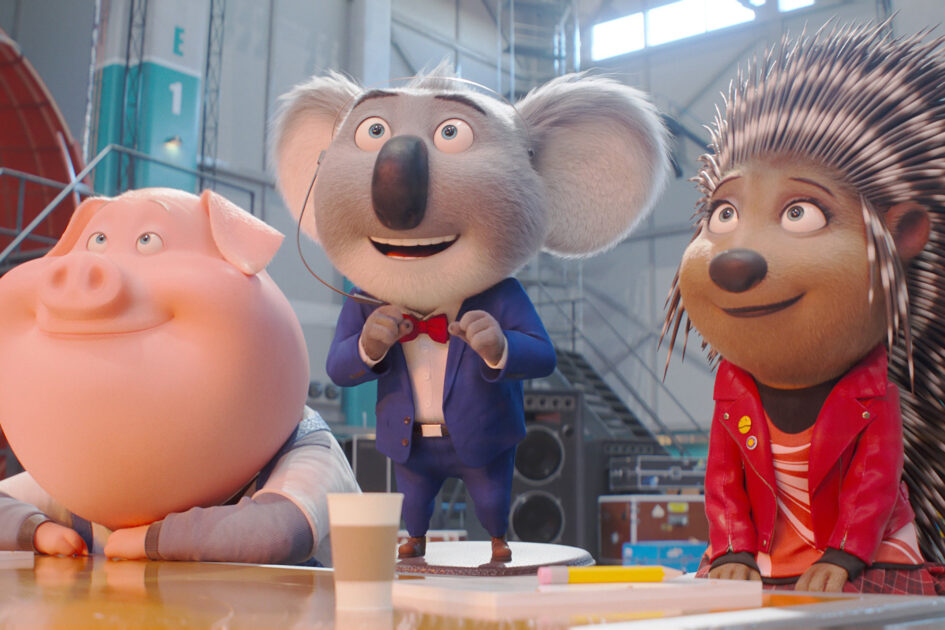 Being a dad of a 7-year-old future diva, I find myself watching way more cartoons and family oriented content than I am used to. Growing up, I watched all sorts of weird stuff. Anyone who has read these blog posts or knows me in real life understands that I am not the epitome of “family friendly,” but ever since this little bundle of joy was born, I have had to dull my movie collection down to something a little more G-rated. I still get to watch horror and sci-fi films quite a bit, mainly due to the fact I only have my daughter on weekends. But on those days with the kiddo, it’s a PG or safer environment in this house.

I mentioned earlier that my daughter is a future diva. She has a desire to sing, dance and play musical instruments. I don’t know if that will extend into her life as she grows up, but for now, she wants to be the next American Idol. And of course, this daddy is all for it. I want her to explore her passions and decide for herself what she wants to do with her life. I am here to guide her and keep her safe as she matures. Honestly, I wish she would slow down on growing up; however, we all know that won’t happen. I am just going to enjoy being the superhero for now, until she becomes a teen and I become a super zero.

We had a chance to watch a screener for the new film, Sing 2, last weekend. Following the steps from the 2016 animated adventure, Illumination’s sequel features the voice talents of Matthew McConaughey, Reese Witherspoon, Scarlett Johansson, Bono and Halsey.

Buster Moon (McConaughey), not satisfied with the success of his theater, reunites members of the original singers to take their show on the road. They sneak into an audition for a new show from major entertainment executive, Jimmy Crystal (Bobby Cannavale).

Unable to get his interest, Gunter (Nick Kroll) pitches a show idea that would feature famous rock star Clay Calloway (Bono), who had not been seen in public for many years. Intrigued by the idea, Crystal gives the crew three weeks to create the show, or dire consequences would be experienced. 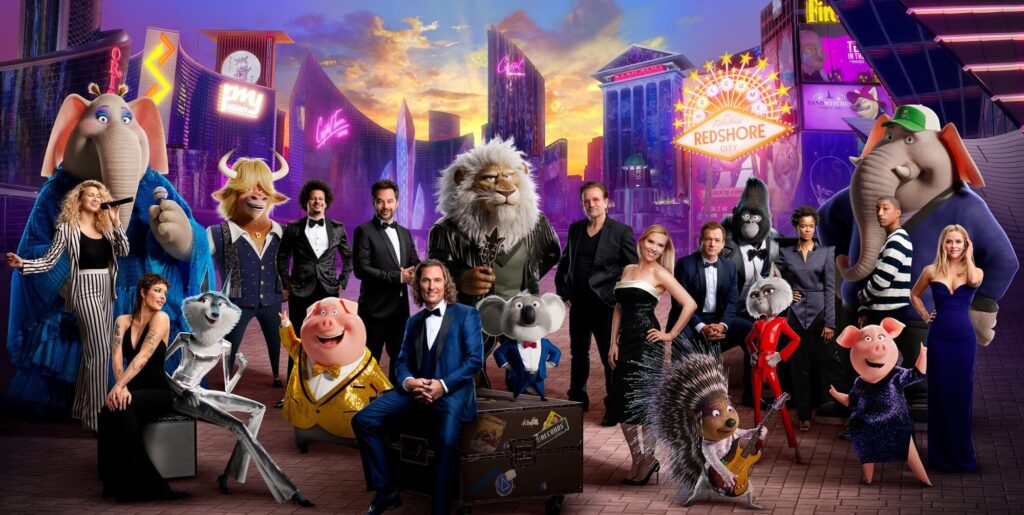 Normally, this is the part of the review in which I give you the pros and cons of the film. But seeing as Sing 2 is a cartoon and I am not the target audience, I wanted to bring in my little girl for her honest thoughts. Being as she is 7, I will be translating her thoughts here for you. I hope you all enjoy this guest review.

Me: So, baby girl, do you think Sing 2 was a good continuation of the story from the first movie? If we sat down and watched both of them back to back, would you think it was one long movie, or is Sing 2 completely different?

Baby Girl: Yeah. It is a good second movie. The same characters from the first movie are in the second, and they act all the same. We can watch both together.

Me: Who was your favorite character and why?

Baby Girl: Oh, I loved Ash (Scarlett Johansson). She is such a cool character and loves rock ‘n roll. She was the perfect person to talk to the lion guy (Clay Calloway/Bono). Like, he was old, but was once really good at playing rock ‘n roll, and she was new and cool. She dresses awesomely. I want to be like Ash when I grow up.

Me: That’s cool. Was there anything about Sing 2 that you didn’t like?

Baby Girl: Nope. I loved it all. I even liked the wolfman (Jimmy Crystal) who wanted to kill Buster. He was mean, but even the bad guy loved his little girl. Like you love me, daddy.

Me: Awwwww. You are too sweet for words. OK, so if you had to give it a score where five stars is the best and one star is the worst, how many stars would you give Sing 2?

There you have it, folks, straight out of the mouth of my kiddo. Sing 2 was released on December 22nd to theaters everywhere. Grab your child and check this out!