Musings of Watching 48 Hours of The X-Files

Per Matt
Mulder. Scully. Episodes from the Good Old Days, even better than you remember them. Somehow, by accident, I found 48 Hours of The X-Files airing on BBC America and my mind started to wander to what could have been for my all-time favorite TV show.

Airing for two straight days, I was instantly hooked. I was transported back to the awe and splendor of watching these episodes for the very first time, back when they aired on the Fox network. I’ve never owned the DVD season collections, but I did own the VHS tapes of specific episodes. While it hasn’t been that long for me to rewatch them, I have been known to catch an episode here or there that airs weekly on MyNetworkTV.

“Home” was the first episode I caught. This one was peak viewing for an X-Phile back in the day. A creepy storyline that featured the first parental warning for the show, this one created such a stir, it never re-aired on the channel. “Unruhe” was shown next, dealing with psychic photography, a missing woman and her inner demons. “The Field Where I Died” featured the always-excellent Kristen Cloke (who really made her name by starring in Carter’s Millennium, as well as Morgan and Wong’s Space: Above and Beyond). “Memento Mori” dealt with Scully’s cancer, “Kaddish” was the supernatural golem abomination story, “Unrequited” featured a Green Beret who could disappear within clear sight, “Tempus Fugit” showcased the return of Max Fenig (one of my favorite minor characters) and “Teliko” was the modern-day Zombie/voodoo episode (at least it was for 1996).

Naturally, I didn’t watch every episode within the marathon and there was no true order in which they aired, but I did get to see some of the best the franchise had to offer throughout the years. There was a good mix of Monster of the Week and mythology episodes that provided a great walk down memory lane. It’s no surprise many of them came from Seasons 1 through 4 (the absolute best of the bunch).

Mulder’s later-years informant, Marita Covarrubias (played by Laurie Holden) was featured in many of the episodes. I had forgotten how many appearances she actually made in the series. It’s a wonder Series Creator Chris Carter never realized she should have made a return for Season 10 and 11, having more recently appeared in AMC’s The Walking Dead and already gained cult status within the geek circles. But that should come as no surprise, as he was never really good for writing (or directing) female characters, which makes the creation of Agent Scully a scenario he totally lucked into.

What makes these episodes so good? They were developed by better writers and directors. Back then, Carter was more willing to experiment and take chances, not being stuck on a certain filmmaking style or stubborn with his ideas (which became all-too apparent in Seasons 10 and 11). Rob Bowman, Howard Gordon, Kim Manners, Vince Gilligan, Darin Morgan, Glen Morgan, James Wong and R.W. Goodwin produced, wrote and directed far superior episodes that dealt with outrageous government conspiracies, alien abductions, cloning and a corrupt cabal.

Sadly, I still haven’t forced myself to watch the majority of Season 11 (with the exception of the season premiere). Watching these great old episodes isn’t really encouraging me to watch the lesser, newer ones that really deceive, inveigle, obfuscate and obscure the truth from true fans…

It’s too bad Carter couldn’t recreate the magic with the two revival series, but at least he can’t erase the past… if only he could time travel in order to fight the future, stopping his future self from ruining the legacy of the franchise. Now that’s a big-screen adventure I’d pay to see. 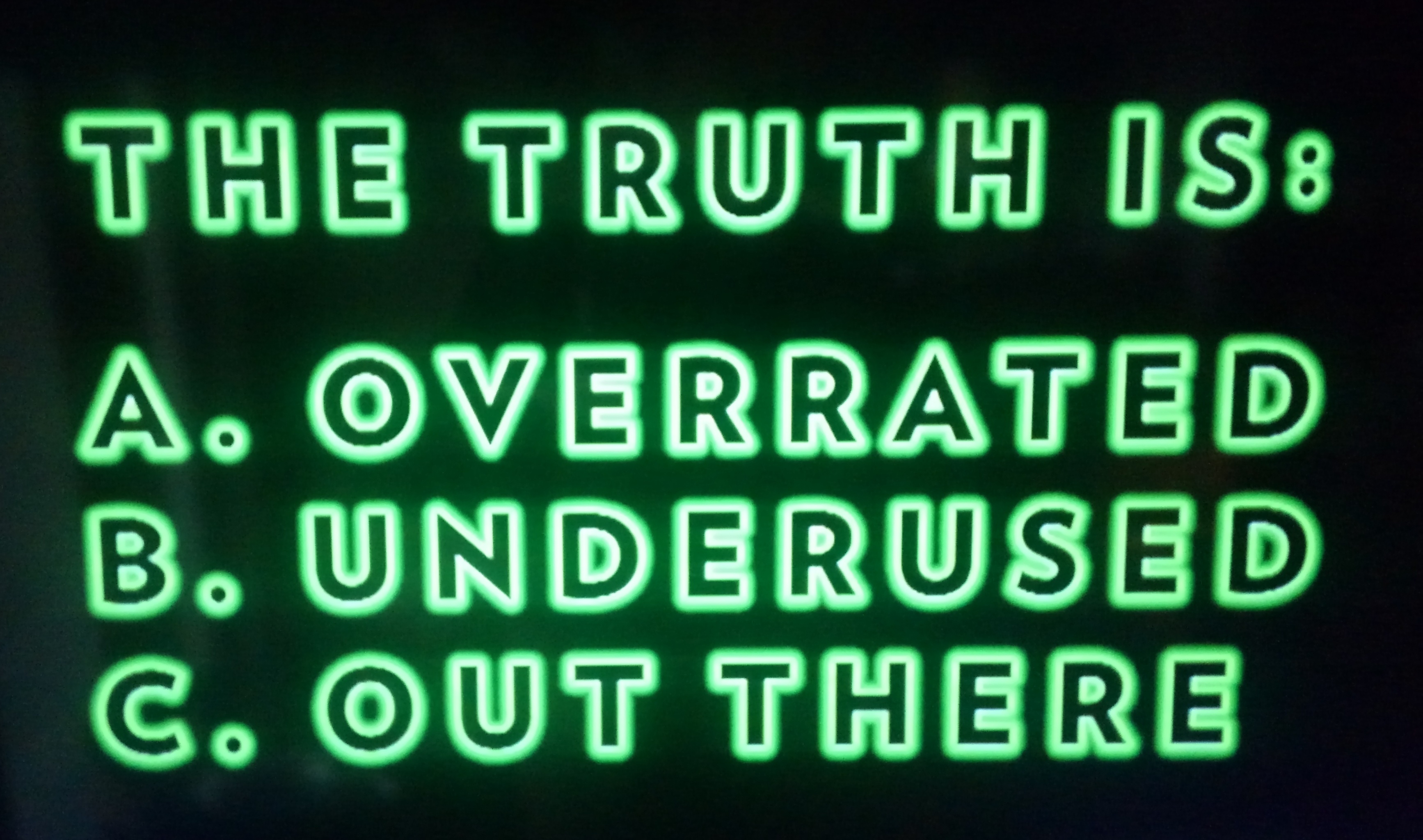