My Guilty Pleasure: From Dusk Till Dawn 3 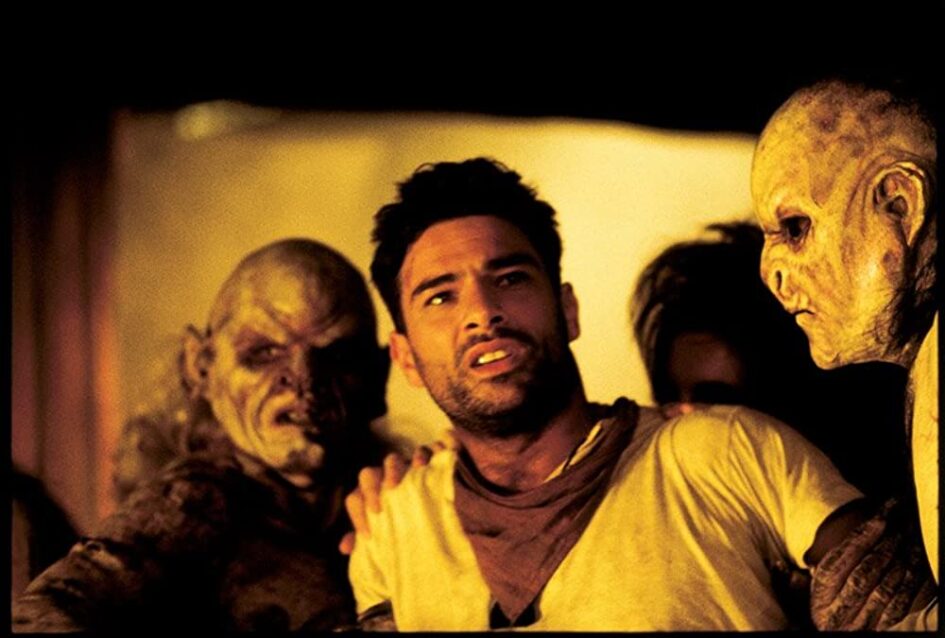 Per Matt
Vampire Westerns don’t often get highlighted in My Guilty Pleasure, so I guess it’s about time I finally added this subgenre to my column. Hello, From Dusk Till Dawn 3: The Hangman’s Daughter!

I remember way back in 1996, really enjoying the very first time I watched From Dusk Till Dawn. It was at a dollar theater (Remember when we didn’t fear for our lives just to visit movie theaters for a couple of hours?) and I was feasting on a large bag of popcorn (Remember when we weren’t bathing in hand sanitizer?), wondering how this low-budget movie turned Dr. Ross into a somewhat enjoyable character (I officially became a George Clooney fan with his role in Out of Sight and the actor’s best role to date is O Brother, Where Art Thou?). I was really on a Quentin Tarantino kick for many years, devouring anything and everything the emerging filmmaker had worked on, even if his contributions simply amounted to being an actor (the least of his talents).

QT’s collaborations with Robert Rodriguez have led to some great cinematic stories, including Desperado, Four Rooms, Grindhouse (Planet Terror, Death Proof) and Sin City. I respect a lot of the work both filmmakers have helped craft throughout the years. For the Dusk Till Dawn Sequels, Rodriguez and QT only appear as executive producers. Somehow I don’t remember ever watching FDTD2, since a new director was attached (and it was a direct-to-video release), but it’s really not necessary to watch the sequel in order to understand what’s happening in the threequel. Technically a prequel which is set 100 years in the past, a gang of outlaws is up to no good, leading up to one crazy night at a familiar, shady bar.

In the end, people come, people go and everyone visiting this brothel has a score to settle. None of the characters are remotely noteworthy, except after watching, I looked at the film’s wiki and discovered The Hangman’s daughter is the same character as Salma Hayek’s in the original, Santanico Pandemonium. That was a cool callback!

There’s hangings, a firing squad, stagecoaches, Highwaymen and vigilante justice… everything Western fans have come to know and enjoy. And then there’s human sacrifices? Much like the very first Dusk Till Dawn, this film feels like two separate stories united by common characters. Unfortunately, the Western portion lasted a tad too long and the vampire story ended way too quickly (even for a low-budget release). Hangman’s Daughter is more like an origin story to the vampire brothel (which eventually becomes the Titty Twister strip club), even though no definite details are ever given about its history.

From Dusk Till Dawn 3: The Hangman’s Daughter is definitely not like any other vampire we’ve highlighted recently, from the soul-sucker in NOS4A2, to the unholy New Yorkers of What We Do in the Shadows or the coming-of-age horror drama, The Shed, not to mention the mutated monsters (don’t call them vampires!) in the cancelled FOX drama, The Passage. The bloodsuckers have spoken!

With Halloween right around the corner, make sure to get into the holiday spirit by checking in with a few of your favorite fangry characters (See what I did there?).