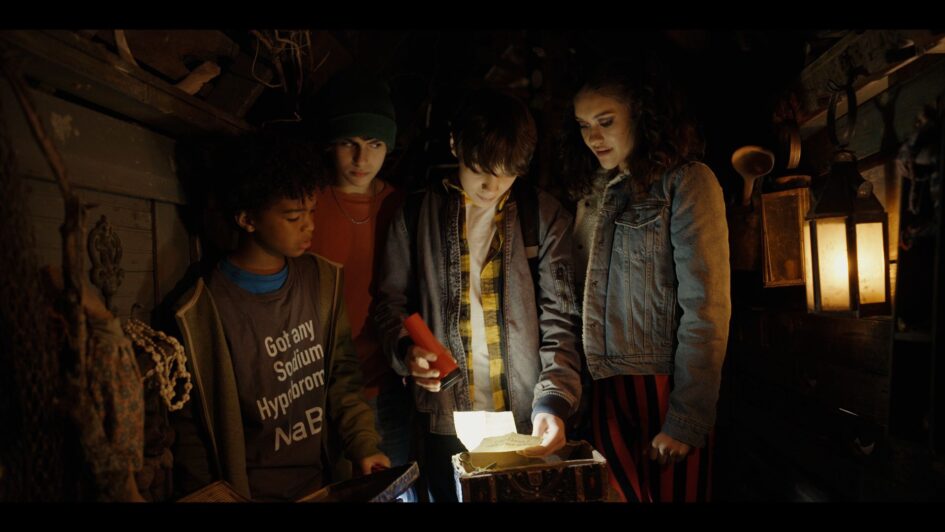 It’s the first day of October and that means it’s an all-new day at the Nashville Film Festival… so it’s time to watch some all-new entertainment! Matt takes a look at the short films Shedding Angels, OST. and Night of the Living Dread, while Jason explores marriage proposals gone bad in RIngworms and the family friendly fright fest, Spirit Halloween: The Movie.

And since it’s officially the first day of the spooky season, make sure to check out Matt’s interview with Graveyard Shift Programmer Jennifer Bonior.

The much-beloved store Spirit Halloween store has been given its own motion-picture treatment in Spirit Halloween: The Movie. Taking place on Halloween night, Jake (Donovan Colan), Bo (Jaiden J. Smith) and Carson (Dylan Frankel) decide to have some fun by spending the night in a Spirit Halloween store. Unbeknownst to them, the ghost of Alex Windsor (Christopher Lloyd) inhabits the land where the store is located.

According to lore, Mr. Windsor searches for a body to possess, so he can return to the land of the living. Trapped in the store by mystical forces, the boys can only hope that Carson’s sister, Kate (Marissa Reyes), and Jake’s mom, Sue (Rachael Leigh Cook), can save them.

Spirit Halloween: The Movie is exactly what you would expect from its premise. This family friendly fright fest brings just the right number of scares without going deep into the horror genre. The movie mixes a scary tale with the relatable story of a young boy, Jake, who faces teen changes while dealing with the tragic loss of his father. I found myself hating the Jake character at first, but then growing to love and empathize with him as the movie progressed. Spirit Halloween: The Movie is a fun, spooky kid-friendly film that must not be missed this Halloween season!

When you’re a deadbeat dude on a mission to win a local costume contest, you’ll do whatever it takes… even rob a kind old lady. Shedding Angels begins with the annoying young ‘un talking to an unseen friend on his phone’s headset as he approaches the yard sale of a widowed woman.

After winning first place and feeling a little guilty after stealing the wardrobe of her husband, he gets sucked into her world. Delusion meets deception as these strangers make a connection, and yes, the cute old lady got me incredibly emotional as the end credits rolled (FYI, I cried like a baby!). I can’t wait to see what Writer-Director Freddy Macdonald can do with a full-length script! 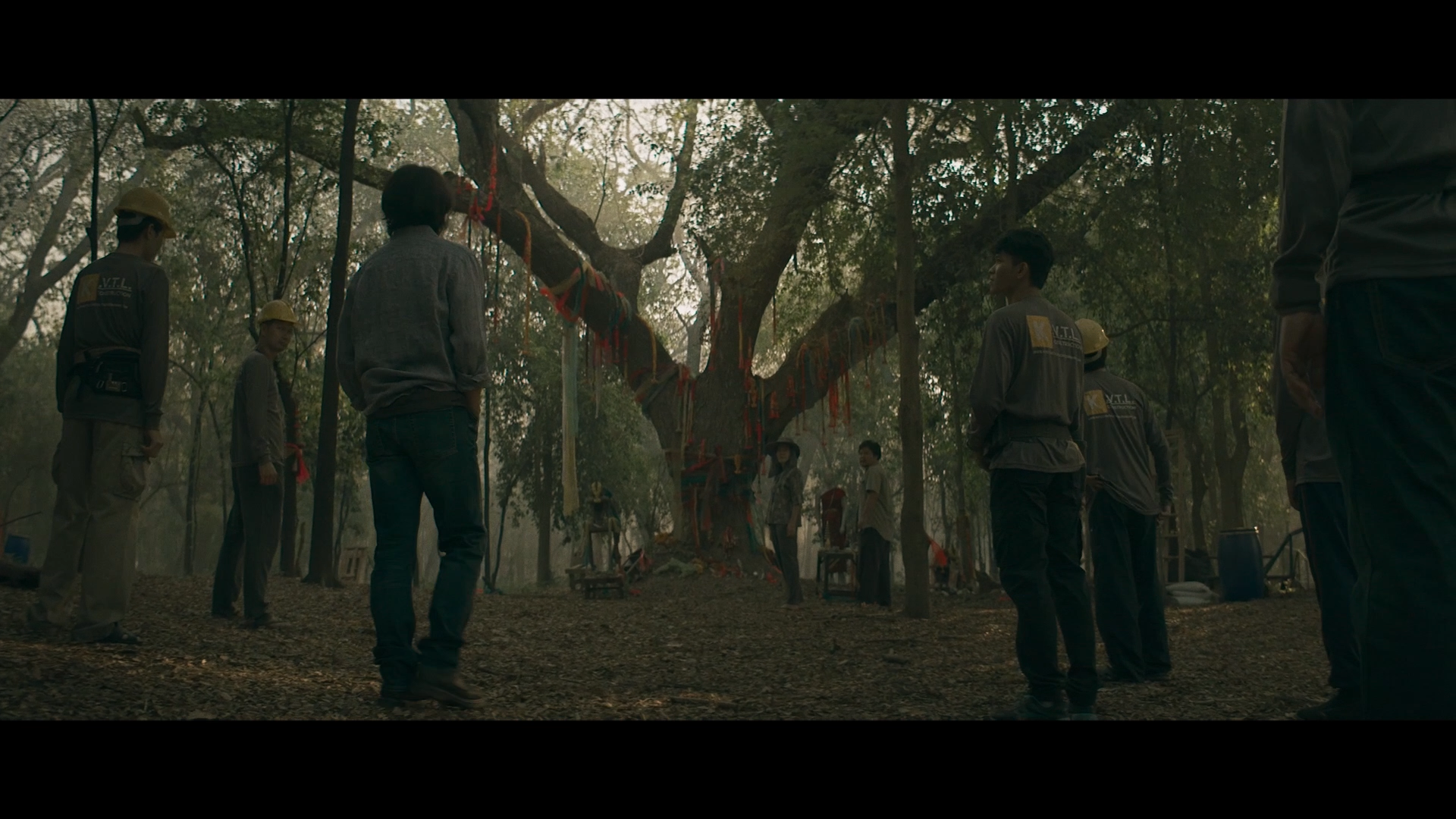 Something supernatural surprises film score composer Jay when she can’t complete a Thai ghost story, which might be based on something true. An unseen evil spirit brings bad consequences (Kinda like in Smile, also showing this weekend) to those who oppose her. Will her extreme perfectionism paired with a nervous breakdown prevent her from completing her greatest work, yet? When strange tales bleed into real life, you get OST.

I truly enjoy horror stories from other cultures, especially when they include elements of real life. The struggle is real, my friends — regardless of your profession. 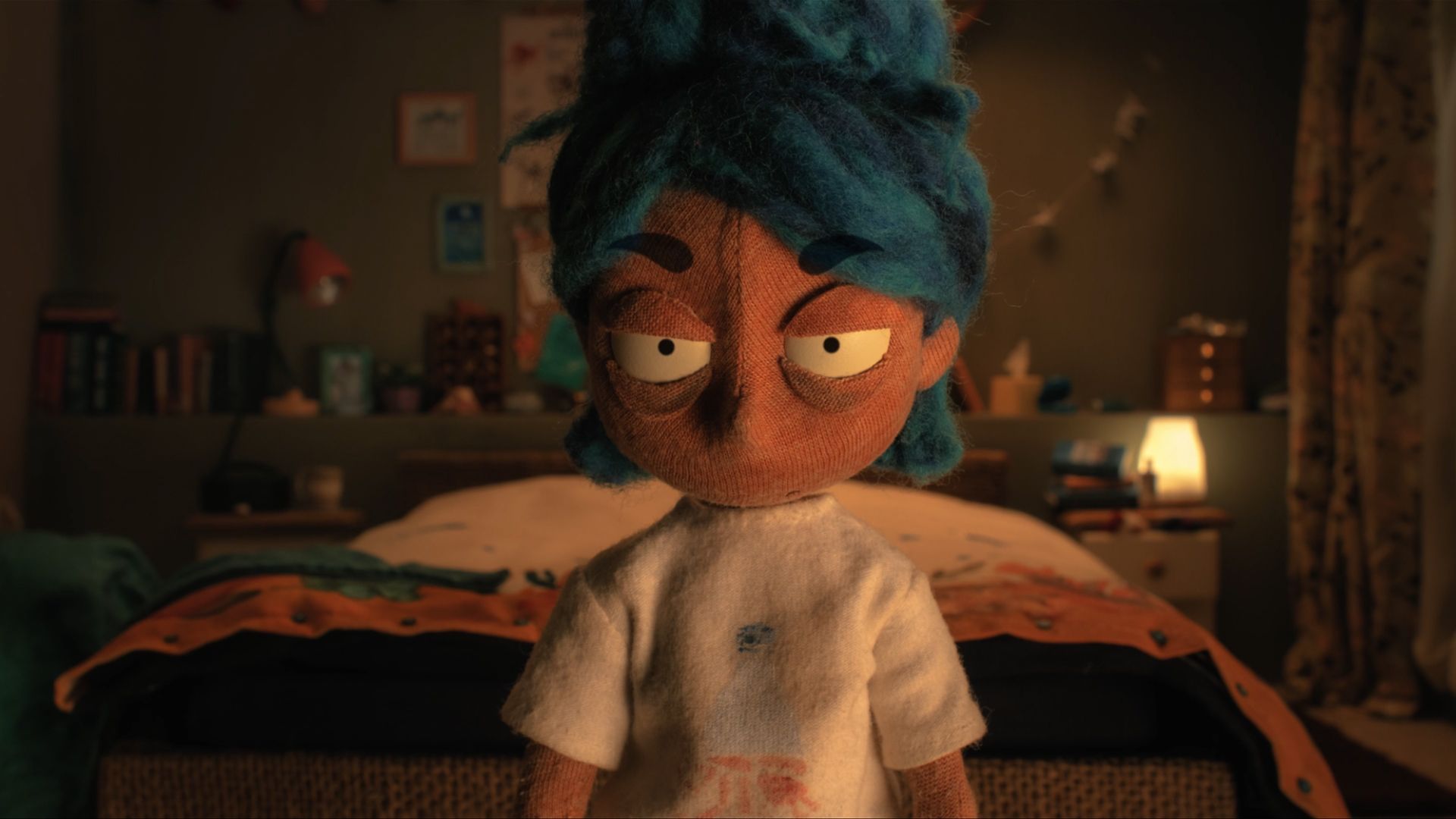 Sleep deprivation has long plagued me throughout the past 15 years of my life, so I already had something in common with the animated short, Night of the Living Dread, without even knowing it.

When a power outage ruins Ruby’s bedtime routine, she’s haunted by some uninvited guests who might actually be a getting a little too personal for our main character. Crippling real-life fears seep into the story and learning acceptance may be the only way to live happily ever after. This one, which looks to be a stop-motion animated short, really hit home with me. Our blue-haired main character might actually give Marge Simpson a run for her money, when it comes to being a “good person.” 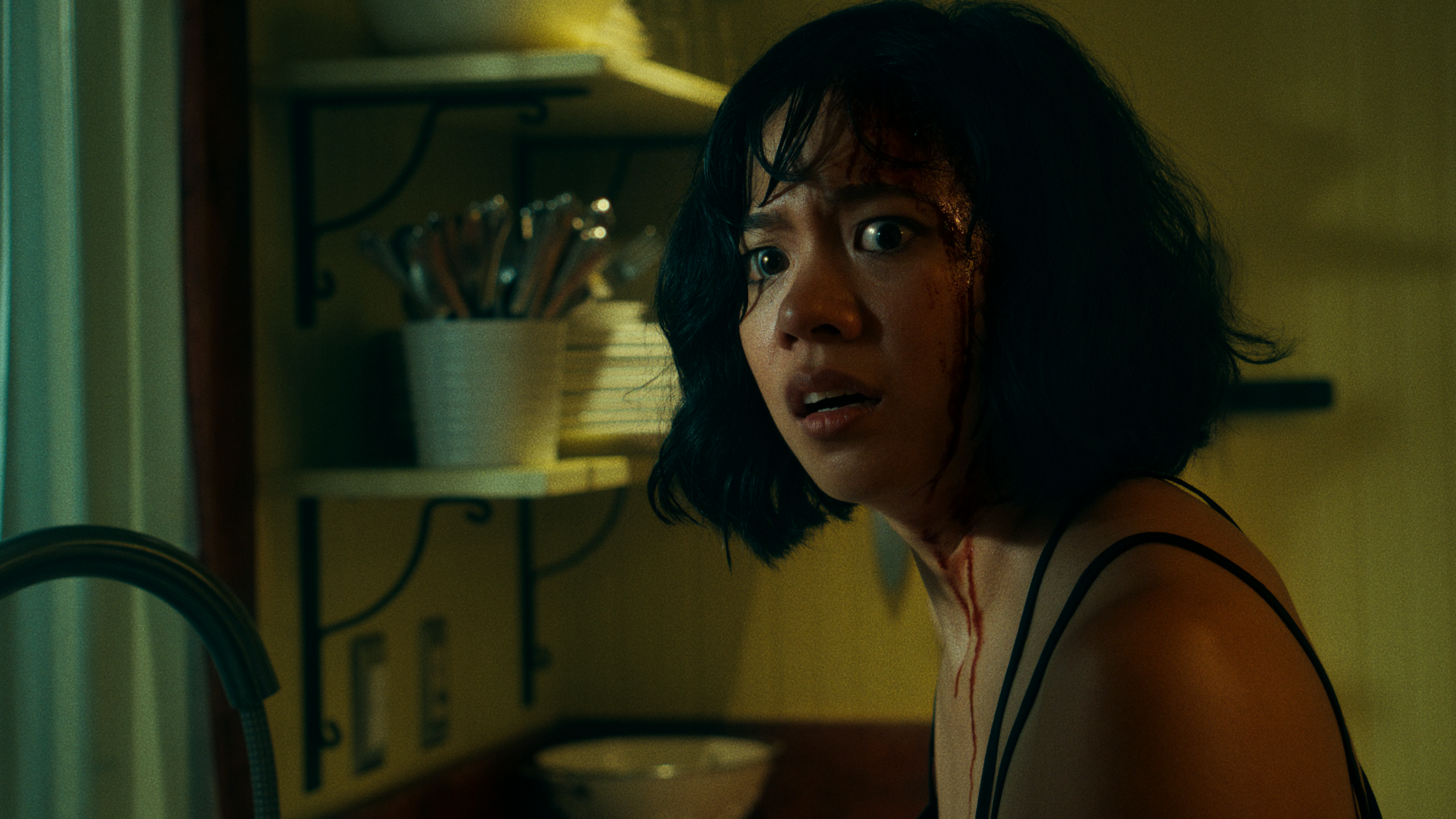 A marriage proposal turns upside down with the appearance of a parasite in Will Lee’s Ringworms.

Marriage proposals are supposed to be beautiful moments in one’s life, but in Ringworms, it is anything but that. This short film, written and directed by Will Lee, along with Ian Hedman, takes a young couple, Abbie (Faye Nightingale) and Jacob (Skylar Okerstrom-Lang), on a short trip to a beautiful, secluded cabin. Along the way, Abbie becomes aware of Skylar’s intent to pop the question. Rather than being excited about the upcoming moment, Abbie is plagued with second thoughts. But that is the least of their concerns, as they forget the only rule given to them by the caretaker: Keep the doors and windows shut. You don’t want to let any critters in!

Making a short film is really hard. You have to cover a lot of story elements in a tiny amount of time. Things like character development, plot points and resolutions all have to fit for a film to come off enjoyable to the audience. Ringworm is one of the few short horror movies I have seen in a long time that is able to do that. The story is easy to catch onto, even with the strange twist that occurs about halfway through. Will Lee did a masterful job and deserves high praise for this accomplishment. Ringworms is only available to watch via the festival’s streaming option.