Medical Horrors, a Dogumentary and a Nuisance Bear: The Nashville Film Festival Roundup 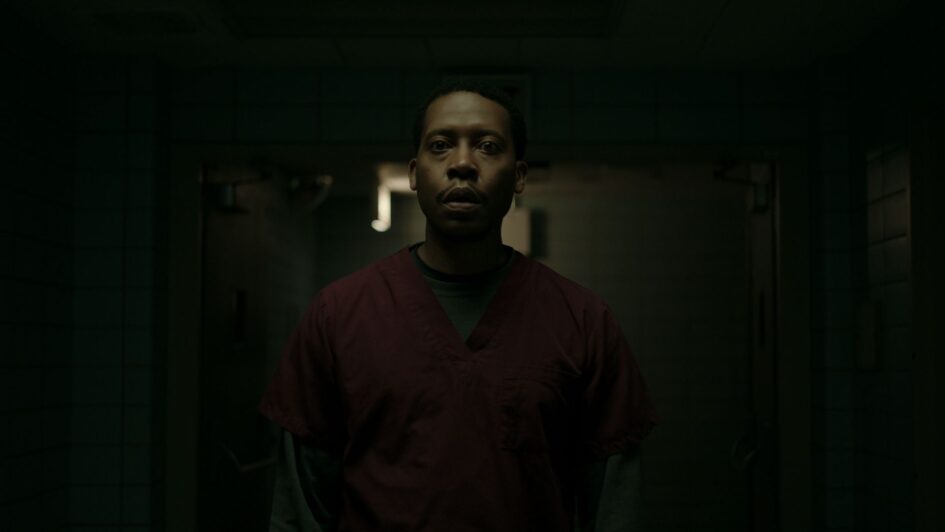 Per Matt
Today’s topics at the Nashville Film Festival involve a potpourri of films, including The Graveyard Shift feature, Rounding, a Canadian dialogue-less doc and a Dogumentary!

But first, make sure to check out Matt’s interview with Graveyard Shift Programmer Jennifer Bonior!

There’s plenty of horrors involved within the medical field, whether they come from patients or their doctors. The process of visiting patients is known as “rounding,” which finds junior resident James Hayman (Namir Smallwood) transferring to a rural facility to start over after a controversial incident at a large hospital.

Seeking a fresh start at a smaller in-patient facility, James must re-learn how to communicate with his patients, which is hard enough when you’re overworked and haunted by the past. But when his patient suffers from complicated respiratory distress, he must fight his inner demons (as well as his superiors) in hopes of solving this medical dilemma.

“Something bad is happening right now.”

I don’t know why more horror stories aren’t located within hospitals. They’re scary enough places without any pretense and Rounding only reignited my past fears when I suffered from previous medical emergencies, myself. To me, this film feels like more like medical body horrors than anything else, which is a subgenre I can’t watch without wincing. Rounding premieres at 7 pm tonight. 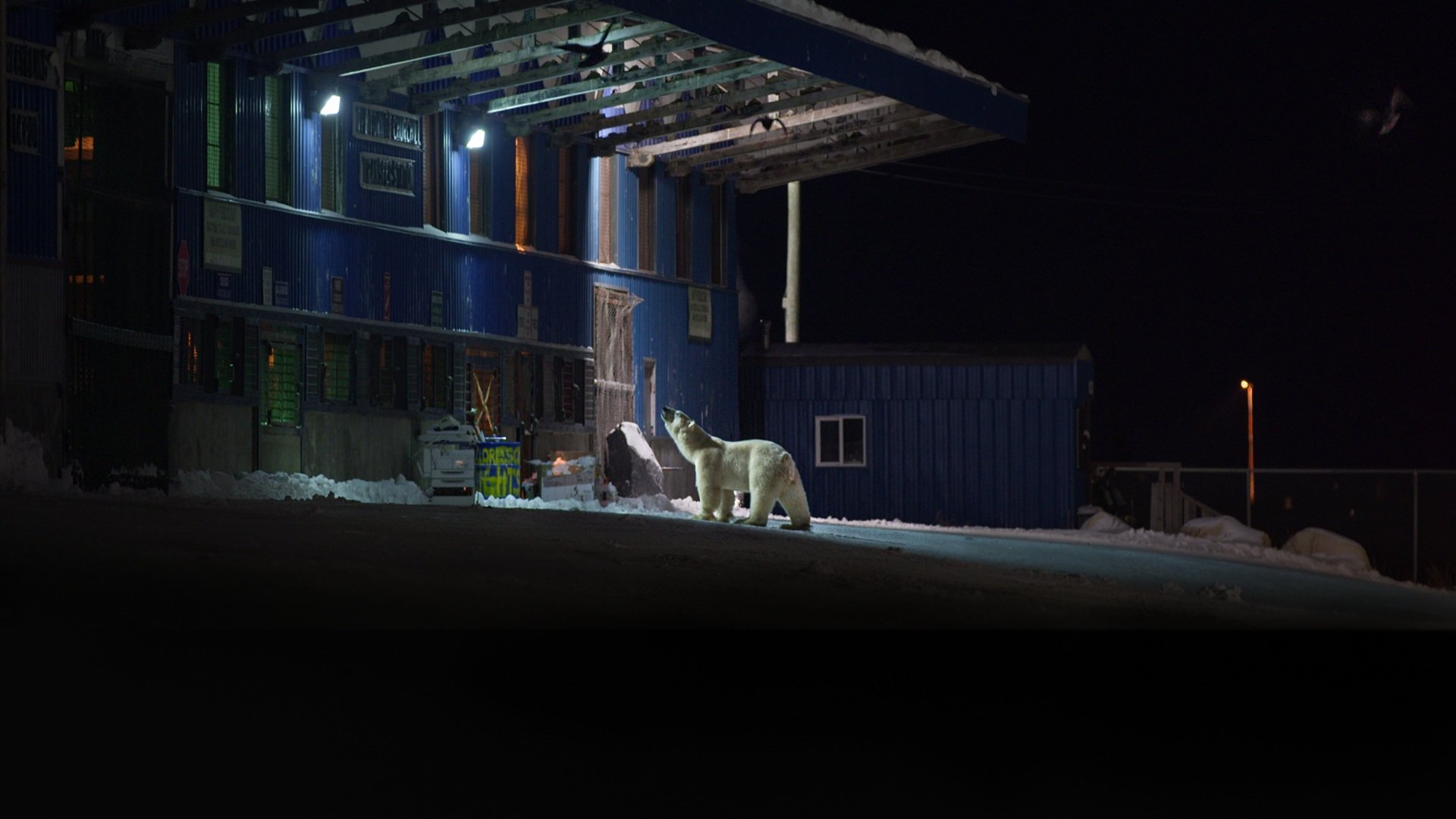 Winter in Churchill, Manitoba is rough on everyone, especially the local polar bears. Long known as a tourist attraction, people flock to Churchill to witness their annual migration. The town, itself, has a deterrent program in place, but that doesn’t stop either one from traveling far and wide to the location.

Nuisance Bear, which has nearly a 14-minute runtime, is incredibly powerful without a single word being spoken. Not exactly a silent film, there’s plenty of atmospheric sound effects, but some skillful filming/editing was done in order to prevent any dialogue, whatsoever, to air while the cameras rolled.

This doc may follow one hungry bear as it surveys the territory, which includes an unmanned garbage facility. My heart goes out to nature’s largest land carnivore. This short film makes me so sad, I just wanna cry. These creatures are simply trying to eat to survive, and that makes their random journey into humanity’s home all the sadder. I truly love watching these majestic creatures exist in nature documentaries, but I hate to see them starving. Nuisance Bear premieres at 6 pm on Tuesday. 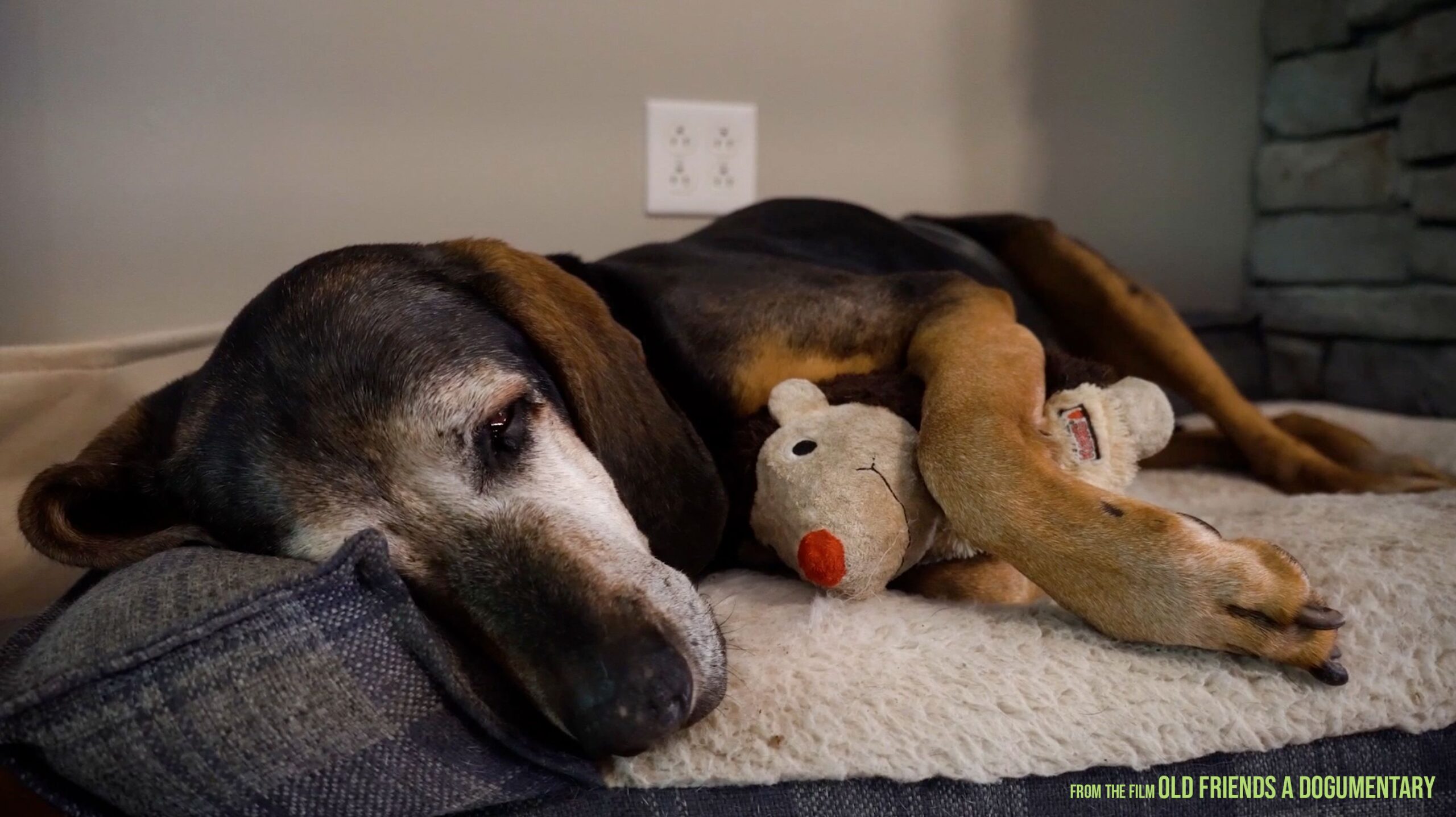 Just to be absolutely transparent, I’m a HUGE dog person. I mean H-U-G-E! The instant when I saw the listing of Old Friends, a Dogumentary, I had to see this film based on Old Friends Senior Dog Sanctuary in Mount Juliet, TN, which is located not too far from my hometown.

This film begins as the animal rescue moves almost 100 dogs from their old location to the new one, which is less than a mile away. In the process, the Senior Dog Parade is created. But this documentary isn’t solely based on that event. It’s mostly about providing lifetime homes for senior dogs, whether at the facility or foster families, and making sure they never return to a shelter for the rest of their lives. That touches my heart so deeply.

Old Friends pays for food and medical treatments for all dogs taken in, which begins at the home of Zina and Michael Gooden, leads them to purchasing their neighbors’ house, eventually building a state-of-the-art facility that totals up to 20,000 square feet!

This nonprofit organization has saved more than 500 critters, mostly done through the generosity of their donors via Facebook fundraisers. I could go on and on about how impressed I am with this facility and its employees, as it’s just about the only place for older dogs to go that require medical care, but I was crying way too much while watching this film — I mean ugly crying as soon as it started. And I mean LOUDLY wailing!

My part-pitbull rescue attempted to help me through it, as well as my blind chocolate lab, but after watching one hour of the movie, I could not handle any more as the waterworks and my stuffy nose were absolutely wearing me out.

“There’s a need for these babies to spend their golden years being loved and having a forever-loving home.”

These puppers and their geezer guardians reaffirmed there are angels out there and I’m so thankful for them all. I truly want to visit this sanctuary once the spooky season ends, and I can honestly say this film touched me the most out of everything I’ve seen from the Nashville Film Festival this year. Old Friends, a Dogumentary premieres on Monday at 8 pm.