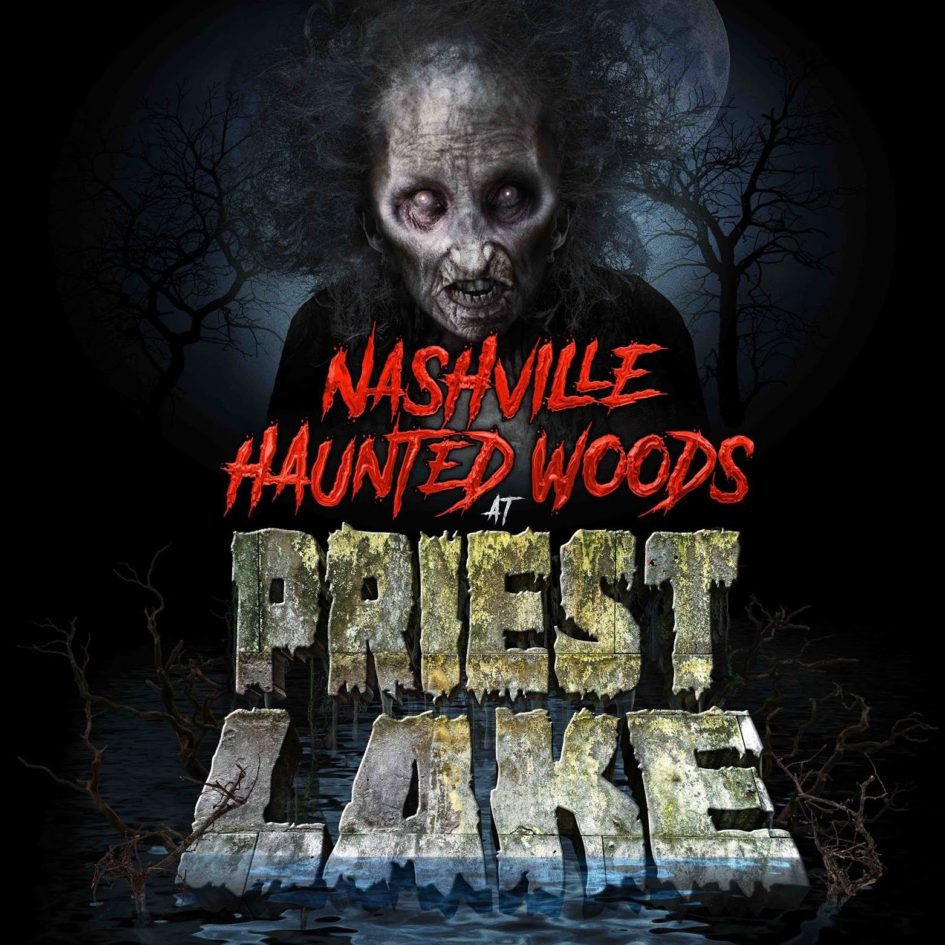 Greetings folks and welcome back to another episode of #HauntLife. This week, I am going to preview Nashville Haunted Woods at Priest Lake, the newest outdoor haunted attraction to hit the Middle Tennessee area. Before I go any further, though, let me state that I do work for Nashville Nightmare and Nashville Haunted Woods. My preview may be slightly biased. But hey, this is a blog and not Wikipedia!

Every year at this time, haunted houses and hayrides open up for the season. The past few weeks, it’s felt like fall, even though it was still summer. Funny thing: When fall finally hit, the first day felt like the dog days of summer, with highs in the 90s. Not exactly the feel-good haunted house weather to me, but from what I saw at our opening night at Nashville Nightmare, it didn’t seem to phase people.

Work began immediately. One of the top haunt designers in the country, Carroll Moore, was tasked by Nashville Nightmare ownership to create a brand new experience. The haunt that was there, while decent, was not up to the standards that Nashville Nightmare requires for any haunted attraction they design. Several scenes that were built had to be demolished and all-new trails and buildings had to be built. It was a lot of hard work, but according to Carroll, it was well worth it. 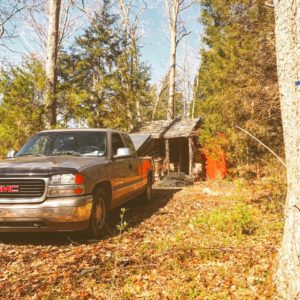 “When I first walked onto the property that was the Shores’ haunted house, I saw where a lot of improvements could be made. The Nashville Shores staff had a great desire to scare folks, but they just did not know the haunting business like we do,” Moore stated. “2017 is going to be a whole different season for them.”

The theme for Nashville Haunted Woods this year takes a page out of some of the best horror films of the past 40 years. Visitors will enter the attraction through a set of dark and enclosed slides, dropping them directly into the middle of The Purge. With no way of going back, they must venture through the remainder of the woods, should they survive the first encounter. Along the path, they will enter scenes from A Nightmare on Elm Street, Friday the 13th, Halloween and Silent Hill.

When you have to move Castle Greyskull and all you have is a four wheeler.

The acting group is a smattering of veteran scare actors, along with some people new to the business. The team has gone through weeks of training on the art of the scare, and are fully prepared to inspire feelings of dread and fear to all who enter. The remainder of the staff is pretty much all vets of the haunt industry, including the makeup team and management. General Manager Carroll Moore has more than 20 years of haunting under his belt, from acting to owning his own haunted house, Death Yard Haunted Attraction. If you are interested in joining this haunt, be sure to shoot them a message on their website. 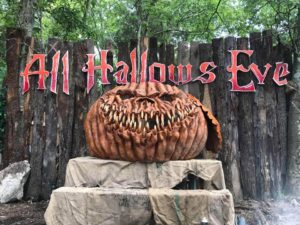 Tickets for Nashville Haunted Woods are now on sale. You can pick them up at the box office on site, or by going to their webpage. Standard admission is only $20 – $25, depending on the night. You can upgrade to Slash Pass and skip the line for an extra $10. This pricing makes Nashville Haunted Woods one of the most affordable prices in the Nashville area and does not skimp on quality. And since it is Nashville Nightmare’s sister haunt, great discounts on tickets can be gained by buying tickets for both attractions. Be sure to ask the ticket agent for details when you visit.

Nashville has a lot of amazing haunted houses, owned by passionate people and ran by fanatical teams of people hellbent on scaring your socks off. Nashville Haunted Woods at Priest Lake may be the new kid on the block, but already this outdoor attraction has stepped into the yard with the big dogs. Will this haunt stand the test of time and join the ranks of Monster Mountain, Miller’s Thrillers or Dead Land? I certainly think so. Go check it out this weekend and let me know what you think!