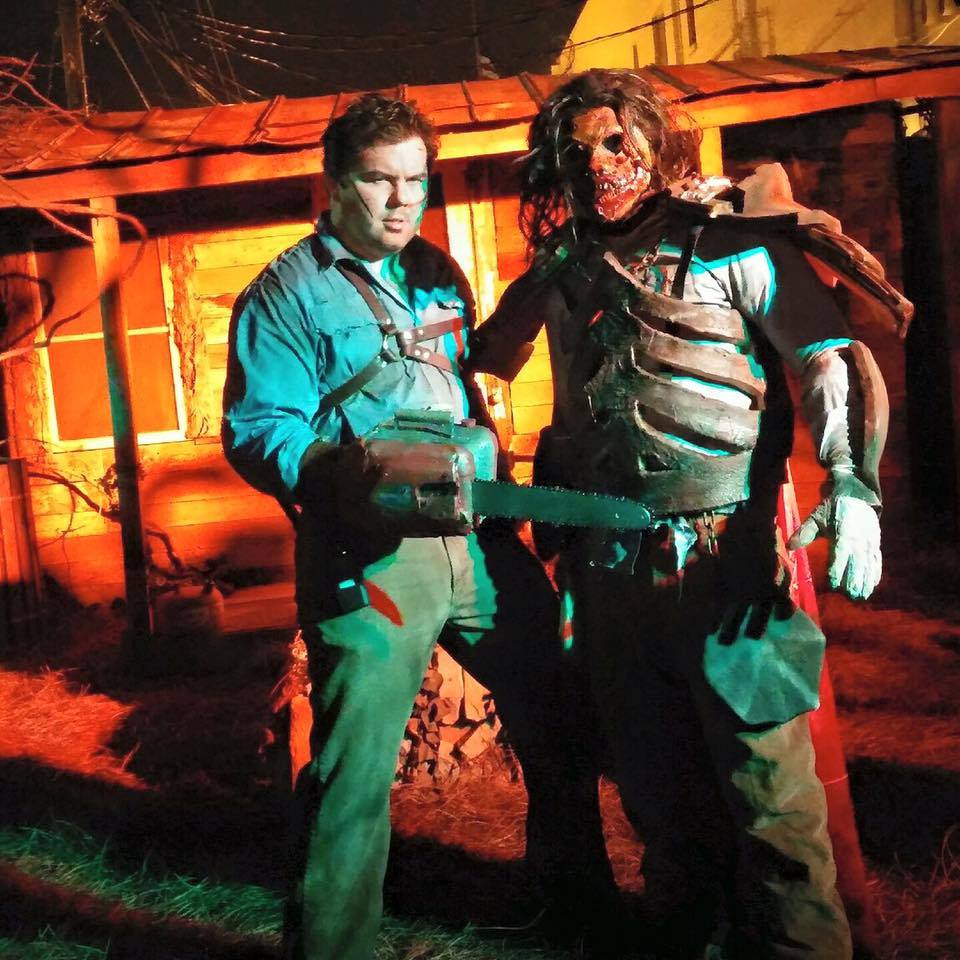 Valentine’s Day. The mere mention of the holiday brings up that four-letter word: LOVE. It is a celebration of romance and fealty. It is a time to eat chocolate and cuddle with your sweetie. It is when all the gushy lovey-dovey feelings come out and your day is nothing but rainbows and sunshine.

That is… unless you have a #hauntlife (or are single, but that is not what this blog is about).

Some people think haunting and Valentine’s can’t go hand in hand, but history shows us something different. In ancient Rome, during the Feast of Lupercalia, men would sacrifice animals, namely goats and dogs, in the name of fertility. They would then take the skins of these animals, line up their women without a stitch of clothing and proceed to flog them. Brings a whole new meaning to the term “hitting on ladies.” Sounds kinda dark and Gothic to me. Much like your local haunted attraction.

This previous weekend, local haunted house Nashville Nightmare had their second annual My Bloody Nightmare event, entitled Movie Maniacs. While the air outside this massive haunt was frigid, the fires of Hell kept the heart warm inside. (FULL DISCLOSURE: My web design company , K.E.G., manages the website for Nashville Nightmare. However, that is the extent of my work with this top-of-the-line haunted house. Everything reviewed below is my own personal opinion of the experience inside. And what an experience it was!) 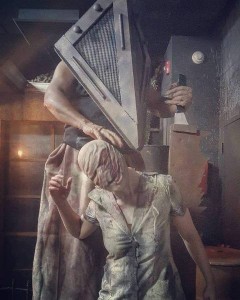 I decided to take my fiancee and her two sisters to see this show. When we arrived, the line to get tickets was filled with couples just waiting to get in. Movie monsters including the Female Cenobite and skinless Frank from Hellraiser, Sam from Trick ‘r Treat, and Michael Myers roamed the queue line area, chasing the frightened while entertaining the rest of us. The guys from Death Yard (my former home) had a paintball shooting gallery representing Ash and the Evil Dead. For a small fee, you could step up, receive your own Boomstick from Ash, and help him take down the Army of Darkness after he summoned them with the famous words, “Klaatu Barada Nikto.” While this was going on, Nashville Nightmare staff members were outside with waivers in hand, because this event was completely full contact. That’s right! No safe words. No place to run. No place to hide. Just you and the evil residents of the Nightmare.

After signing our waivers, we entered the haunt. The queue area inside was amazing. It had been converted into a research facility for the Umbrella Corporation. Once ushered into the first scene, we were met by Alice, who went over the storyline. The experiments by Umbrella had attracted monsters from all the darkest recesses of the world and there was only one way out. From the moment she sent us on our way with an armed escort (who was shortly killed), there was non-stop action. We were attacked by Freddy, Jason, Michael (who really seemed to like roughing me up), Candyman, Pyramid Head, and many, many more. The actors were completely invested into their characters, playing them perfectly, and the sets were amazing, as well. With some small adjustments, the crew at Nashville Nightmare had successfully transformed from their Night Terrors show to this great show in record time. In fact, at some point, I actually started feeling like I was completely inside a horror film, even though I had been through this haunt many times in the past. It wasn’t until I heard the roar of Leatherface’s chainsaw did I snap out of my own little horrific world.

Honestly, it has been a long time since I have had this much fun at a haunted attraction. Most of the time, I am looking at designs and sets, deciding what I like or don’t, but the crew, here, took me out of my own world and put me into their nightmare. And I loved every minute of it. My fiancee loved it. Her sisters, once they caught their breath, loved it. In fact, with all this love, you can see why Valentine’s is the perfect day for haunting!

So, the next time your local haunted attraction opens for the “Day of Love,” grab a significant other, a close friend, or just jump on Tinder and couple up for a night of frights. And if you can’t find something great locally, make a trip to Madison, TN and visit Nashville Nightmare. You won’t be sorry.

‘Till next time, enjoy the #hauntlife.