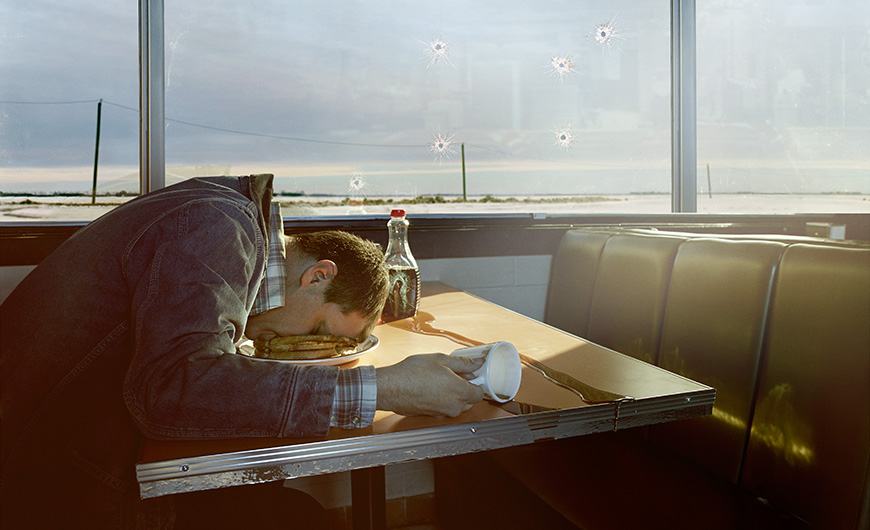 Outside of Netflix, Amazon Prime, and other instant-watch services, the traditional airing of televised shows tends to fit neatly into seasonal slots throughout the year. For narrative TV shows, the networks typically adhere to the following release schedule: Premiering early spring shows, late spring shows followed by a long summer hiatus, releasing fall programs and then a short winter hiatus, before the cycle begins again. Now that all of the TV shows from 2015 have aired, some programs certainly stood out and FX’s Fargo tended to be near the top of many critics’ lists. Coming out of its second season, Fargo adhered to a couple of variables that have trended toward shows getting green-lit in the past couple of years. One is that it is based on a movie (Bates Motel, Limitless, Hannibal). The other is that it is an anthology (American Horror Story, True Detective). Both are great ways for showrunners to draw in an audience and hook them.

Television and movie producers always want to limit the risks they take when deciding what reaches their audience and what doesn’t. Creating something familiar is one of the easiest ways for them to do so. Part of the reason HBO’s Game of Thrones is so popular is because it already has a dedicated fan base that was established through George R.R. Martin’s novels — which are yet to be completed, I might add. Fans of the Fargo movie should already know what to expect from the TV show. Just being familiar with the Coen Brothers, in general, is enough to garner appreciation. Almost every episode, in one way or another, references one of their many films.

The rising trend of creating anthologies also has perks that normally don’t come with a full-linear storylines. From season to season, the stories change and don’t rely on overdeveloping characters or plot lines. The short time frame in which the story is told gives both characters and the story, itself, more substance. That also means the stakes are higher for the characters involved. There are no motivations for the creators to value any one character more than another, even if they may stick around from one season to the next. Since the slate is cleared every season, there is no reason for them to keep certain people alive and risk losing viewers who cared for them, particularly so for a crime drama.

Both seasons of Fargo feel like continuations of the movie. The first season takes place 2006, while the second takes us back to 1979. Each acts almost like a bookend for the 1996 feature. The Coens made a movie about criminals whose plans were too ambitious for the small town they perpetrated it in. Noah Hawley made a TV show that shook up those elements and expanded them tenfold. There are still criminals and people who get caught up in their offenses, but the Midwest states, where the story takes place, don’t look so crime-ridden and innocent, anymore.

Each of the seasons begin with normal people unwillingly intertwining with criminals, perpetuating their own crimes and becoming more involved when they can’t separate themselves from those criminals. It is a bizarre thing to witness. When you think of cold-blooded murderers, you probably don’t think of the Great Plains States covered in snow and the simple folks that live in them, with their funny accents. However, the pilot episode presents the deaths of a man, a woman, and a police chief, all connected to a short neurotic man, Lester Nygaard, seemingly incapable of hurting anyone. The first episode of Season 2 is just as deadly, in a shorter timespan, with bodies falling only seconds between one another. And on the tail end of it all is Peggy Blumquist, another unsuspecting individual who gets roped into an unrelated crime by being in the wrong place at the wrong time.

Fargo blurs the lines of righteousness and creates malice for characters who haven’t yet firmly solidified their positions. The flaws in these characters are what make them so interesting. Most of the conflict that arises comes from lapses in judgment when someone chooses poorly. This comes in many forms, for Fargo. Sometimes it’s cops who aren’t competent enough to do their jobs correctly; other times it’s those on the unlawful end of the spectrum who haven’t quite lost their innocence until a pivotal moment pushes them over the edge.

Throughout each story, patterns definitely emerge. For law enforcement, it comes from slowly piecing each crime together and understanding how they fit with one another before luck ultimately gives them favor. For the antagonists, there are always two or more aligned against each other, while their plans get more complex and violent as the episodes transpire. Then there are the unavoidable innocent bystanders who fall victim to the events taking place around them, when they kept to their own business the entire time. These are the themes that the show echoes throughout each season: Evil comes in many forms, the greater good can’t prevail without some sort of sacrifice and ultimately trying to get everything you want out of life isn’t easy.

Aside from being well developed, Fargo is a show that takes unnecessary risks which may pay off for some viewers, while leaving others scratching their heads. With a couple dozen characters per season, many have open-ended stories or even unresolved matters that appear to be forgotten. Sometimes the story gets so brash that characters are forced into a spot where they are connected to another part of the story, just for the sake of it. The most daring conclusion to a narrative; however, comes near the end of Season 2, with the most blatant use of deus ex machina in recent memory. Even though it is foreshadowed as early as Season 1, the reveal is a larger-than-life event that is, in the very least, perplexing to anyone and everyone watching for the first time. In some facet, it’s what makes shows like Fargo great. It isn’t predictable, it isn’t shallow and it certainly isn’t lackluster.

From the start, the producers of Fargo knew its audience and knew what to give them. With so much flexibility on where the story goes from here, Season 3 is bound to be something rousing. With a talented ensemble already including Billy Bob Thornton, Colin Hanks, Ted Danson and Kirsten Dunst, future casting choices may even draw in new viewers. The series really doesn’t have any limitations, and whether it ends after next year or 10 years from now, it is an experience unique to television that stands out in every way.