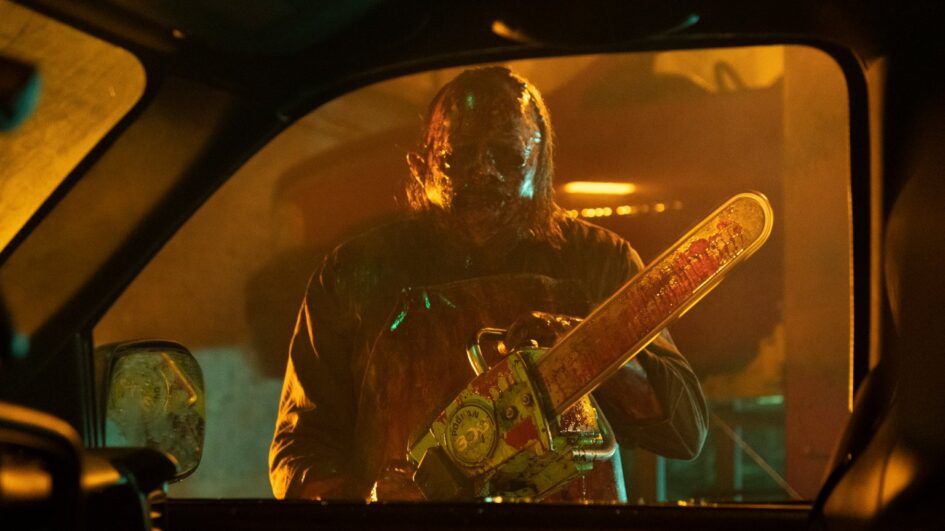 The Texas Chainsaw Massacre franchise has had its ups and downs. I don’t think anyone would disagree that the original 1974 classic is one of the best films in the horror genre. In a lot of ways, Tobe Hooper’s movie has shaped modern horror. It is not a stretch to understand that without Leatherface and the Sawyer/Hewitt family, we may have never gotten Michael Myers, Jason Voorhees or Freddy Krueger. Texas Chainsaw Massacre set precedence for slasher films. Some would say that TCM is the “gold standard” of gore.

I find that label somewhat funny. In watching the 1974 Texas Chainsaw Massacre, the gore is hard to find. Violence is in great supply, but you would think a film with the words, “chainsaw” and “massacre” in the title would have victims being sliced and diced in the most macabre and inhumane ways.

But in going back and watching, only one person in the entire 1974 film was killed with the chainsaw. Franklin met his demise via Leatherface’s chainsaw, but with only a few blood splatters, screams of pain and some implied mutilation. Nothing was really shown of the on-screen mayhem. And to be honest, Franklin was the one person in the group most people were happy to see “ended.” His childish whining and actions made him extremely unlikeable, and I have to admit I kinda sighed relief when he was murdered (while writing this I am thinking I need some therapy… lol).

Tobe Hooper stated he did not want to show the gore and used a lot of implied violence in the film, hoping to get a PG rating. As a twist of fate, the camera cuts and implied terror made the film even scarier, and the MPAA decided it was still worthy of an X rating before ultimately giving it an R (after many hours of footage finding the cutting-room floor).

Legendary Pictures announced it had acquired the rights for the Texas Chainsaw Massacre franchise in 2018. With films such as Batman Begins, The Hangover, Inception and Jurassic World in its lineup of films, horror fans everywhere imagined this could be the beginning of something special.

Filming for the new movie began two years later in 2020, with the preliminary reports coming out that it would be a sequel to the original release, following the same footsteps as the 2018 Halloween film and its 1978 original. It is obvious that the filmmakers saw the success of that film and wanted to cash in on that formula. Still, Legendary Pictures is known for being a powerhouse in the film industry, so many fans were eager to see what the studio would bring to the table. Later, Netflix was chosen as the official distribution channel for the film, acquiring the rights to show it without having a theatrical release.

The Texas Chainsaw Massacre (2022) takes place in the ghost town of Harlow, Texas nearly 50 years after the events of 1973. Four friends come to the abandoned town in hopes to auction off properties and turn it into a thriving and trendy destination.

Melody (Sarah Yarkin) and Dante (Jacob Latimore) are the main entrepreneurs behind the project, bringing Lila (Elsie Fisher), Melody’s sister, and Ruth (Nell Hudson), Dante’s girlfriend, with them on the trip. Things start off a little tense, as the locals are not exactly friendly to hipsters coming in and changing the town and its surroundings. But the group pushes on with their plans of gentrification.

While exploring the town, the crew comes upon Ginny (Alice Krige) living in the town’s orphanage. Believing she was squatting on the property, Dante and Melody call the sheriff’s department to have her removed. However, Ginny is not alone, taking care of an aged Leatherface (Mark Burnham) in the home. After Ginny has a heart attack and is taken to the hospital, Leatherface seemingly reverts to his old ways, becoming an insatiable killing machine. But a ghost from his past, in the form of Sally Hardesty (Olwen Fouéré), has some unfinished business with the face-stealing butcher. 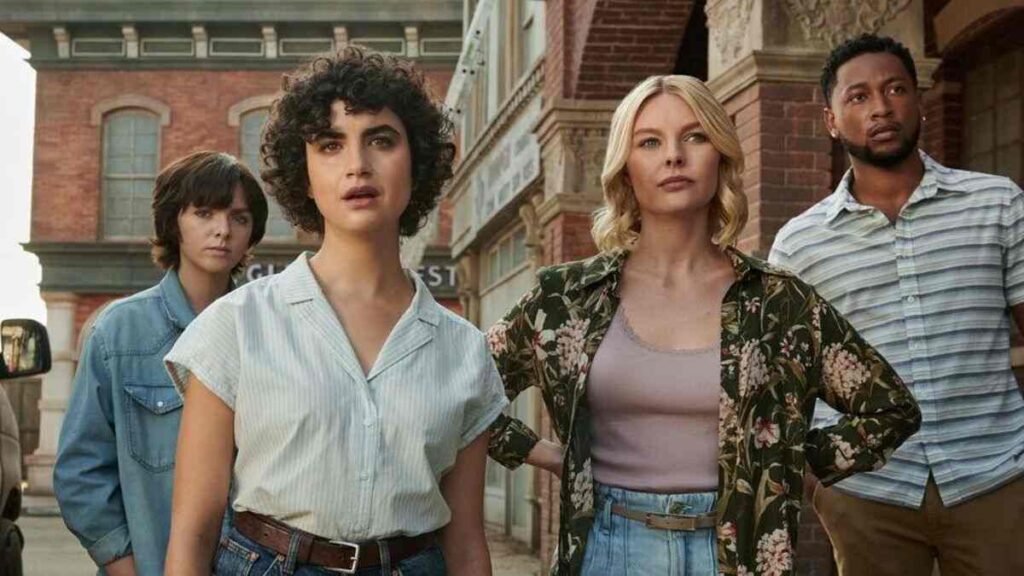 Critics immediately began hammering this film when it was released. One of the things I saw criticized was the use of Bulgaria as the filming location, cutting out the realism of being in Texas. Many people felt that Leatherface was not menacing in this incarnation, having lost his ability to generate scares in the audience. And a few felt the film lacked any imagination or creativity, stealing a lot of its ideas from previous releases, as well as the aforementioned Halloween (2018).

A lot of this criticism may have been due to director David Garcia Blue being extremely new to the directing chair, having only one other film on his resume. The screenwriter, Chris Thomas Devlin, also suffers from a complete lack of background, having only one film to his credit, as well. With such new blood at the helm, a lot of push and shove from studio execs may have gotten through that a more seasoned crew would have been able to avert.

I am not going to be one of those critics. I’ve seen every single Texas Chainsaw Massacre film multiple times. I’m a huge fan of the Leatherface character. I know when I sit down to a TCM film, I am not sitting for anything spectacular, I am watching a bloodfest. I am watching to see how Leatherface is going to rip people apart, chainsaw or not. My expectations are set low, regardless of what major Hollywood studio is behind the project.

The house where the original murders took place is referenced, so it must be nearby, but the residents do not seem to remember the events. With the exception of bringing back Sally Hardesty, it feels like Texas Chainsaw Massacre is a standalone slasher flick. And it works for me.

I give Texas Chainsaw Massacre a solid four out of five stars. Don’t compare it to any other film. Go in like I did: Open to the idea this is a standalone TCM film and will be gory. It works, trust me!