Many, many years ago (more than I would like to think), I was a young kid on the verge of adolescence. I remember being a dork in school, getting picked on quite a bit. My dad had combed my hair with a part to the side as a child, leaving me with a ’50s hairdo. That alone made me the target of jokes, but the fact I was also near the top of my class every year, had perfect attendance, and was a teacher’s pet really cemented my status as the king of nerds.

It was a trying time, but honestly, I can say it was not horrible. I had friends and a strong family behind me. Plus, I was able to turn the bullying into some friendships, just by finding common ground with my aggressors. It’s something I have taken with me into my adult years.

Pixar’s latest movie, Turning Red, is its own coming-of-age story. I know that I review a lot of these films here, but it seems like the hip and trendy film type for me, so of course, I would be checking this out (not to mention the 7-year-old diva I have with me).

The movie focuses on Mei Lee (Rosalie Chiang), a 13-year-old kid, excited about becoming a teenager and all that it entails. She’s funny, dorky and confident in herself (I can relate) but flung into the chaotic world of adolescence. However, as most kids just worry about hair in weird places or acne, Mei finds out that when she has strong emotions, she transforms into a giant red panda! 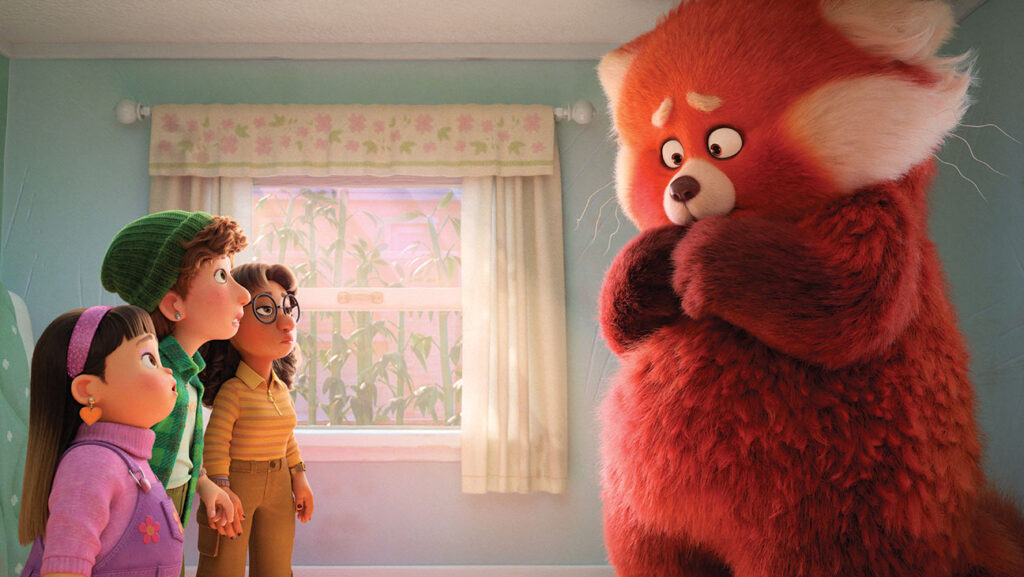 Turning Red has got to be one of the strangest coming-of-age films ever made. While I cannot relate to the feminine side of puberty, I do get the subtle reference that the red panda means. If I was a writer or director, I am not sure I would use a giant red panda for the representation. But director Domee Shi pulled it off without a hiccup. It works beautifully and once you get the hint, the movie makes perfect sense. It is perfectly written and slightly unpredictable. Honestly, I felt like some of the jokes were tongue in cheek, which is something I don’t think I have seen in a Pixar film before.

Domee Shi’s other film, Bao, was very similar in how it portrayed the change through imagery. While Turning Red shows change from the perspective of a teen, Bao focused on change from a mother’s point of view. Like Bao, Turning Red also focuses on a mother/child dynamic, with Sandra Oh providing the voice for Ming, Mei Lee’s mom. Their connection feels real and dynamic, making for excellent storytelling. Kudos to all involved in the execution of Turning Red. Shi is definitely a filmmaker to watch over the next few years.

As you can expect, I give Turning Red five out of five stars. While I cannot directly relate to the content of the film, I do 100 percent relate with the majority of the story. Turning Red is a weirdly wonderful movie, perfect for families to watch together. There is something for everyone in the heartwarming, coming-of-age film.