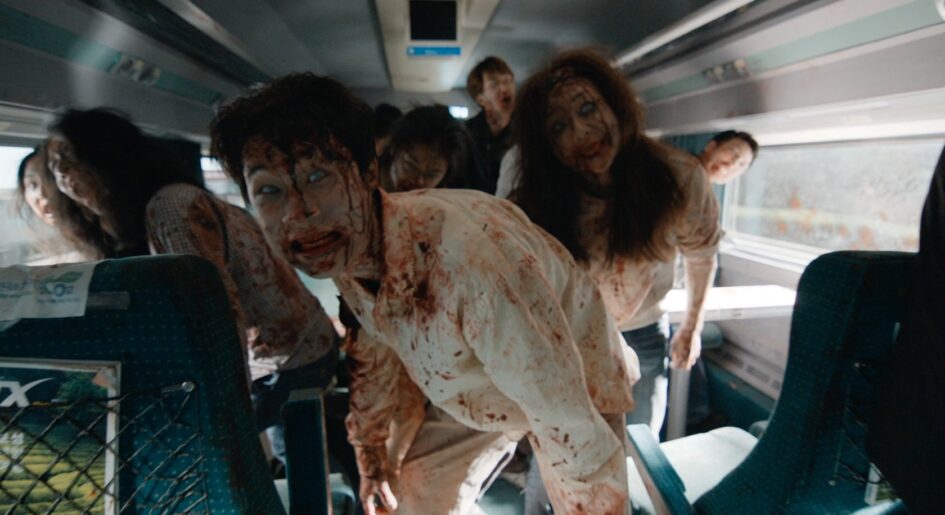 Foreign horror films have never really been something I look forward to. Don’t get me wrong: there are many great directors and actors from countries outside the U.S. who make quality films (including horror). It’s just when I watch films that are not spoken in English, I have to focus all my attention on the screen so I can be sure to read the subtitles. And I don’t know if it is because of my age or what, but reading is not a strong point for me. I read slower than a sloth working at the DMV (you can tell I have a kid, when I make Zootopia references in a horror movie review).

I have been hearing so many great thing about the Zombie Apocalypse film, Train To Busan. It seems that this Korean film from director Yeon Sang-ho has taken the world by storm with its captivating story of an honestly tired trope. Train To Busan set a record in 2016 as the first Korean film to record over 10,000,000 viewers at the box office. And it went on to break even more records across Asia. Hitting almost $100 million at the box office and costing just under $10 million to make, the likelihood for a sequel was almost guaranteed. In fact, as I write this article, the internet is buzzing about the release of the first trailer for Peninsula, the sequel that was demanded by fans of Train To Busan.

Classically, Zombies have been seen as a slow threat, dangerous but only for those not paying attention or caught up in a herd (the term “walkers” is perfect to define them). One of my favorite books is The Zombie Survival Guide, written by Max Brooks. Max feels the same about Zombie speed. Zombies are slow because they lack cognitive functions needed to move the body, which would already be harder to move as it is rotting away. This is the way George Romero portrayed his Zombies, and passionately defended the position of slowness. It basically goes back to the rules you learn in high school science: you cannot have energy, when no energy exists

However, there has been a trend for the past couple of decades to show Zombies in a different light. My first experience with this type of “fast Zombie” was in the film 28 Days Later (this movie creates a whole different debate of what exactly a Zombie is, but that is a conversation for another day). Since that film, others like Zombieland and World War Z have followed suit, bringing the slow, inevitable doom normally shown into a terrifying flurry of gnashing teeth and inhuman movements.

Train To Busan brings up that argument between fans of undead creatures. The undead hordes in the film are fast moving, tearing at any living thing that gets in their way. However, their vision is extremely impaired, leading to moments where they rely only on hearing. It appears even smell does not work for them (unlike on the hit TV show The Walking Dead) and makes them easier to navigate through, in the dark. This also leads to debate, as most classical horror films have their Zombies filling the night full of drives of biters.

Regardless of which side of the great Zombie debate you are on, Train To Busan is unique amongst them all. The film follows a funds manager named Seok-woo (Gong Yoo), as he takes his daughter, Su-an (Kim Su-an), to see her mother for her birthday. They board a train to make the journey, but almost immediately things start breaking down. A young woman had boarded the train and appeared to be in medical distress. However, she soon turns into a Zombie and begins spreading the infection through the train.

As the Zombies begin taking over more and more of the train cars, the survivors begin fighting amongst themselves. A game of class warfare begins, with a rich executive named Yon-suk (Kim Eui-sung) leading a group of upperclass types in keeping others off their forward car of the train. Yon-suk bribes, lies and does everything else he can do to protect himself, sacrificing others in the process. With no hope in sight, Seok-woo will do anything to protect his daughter, leading to a clash between the living and the dead. 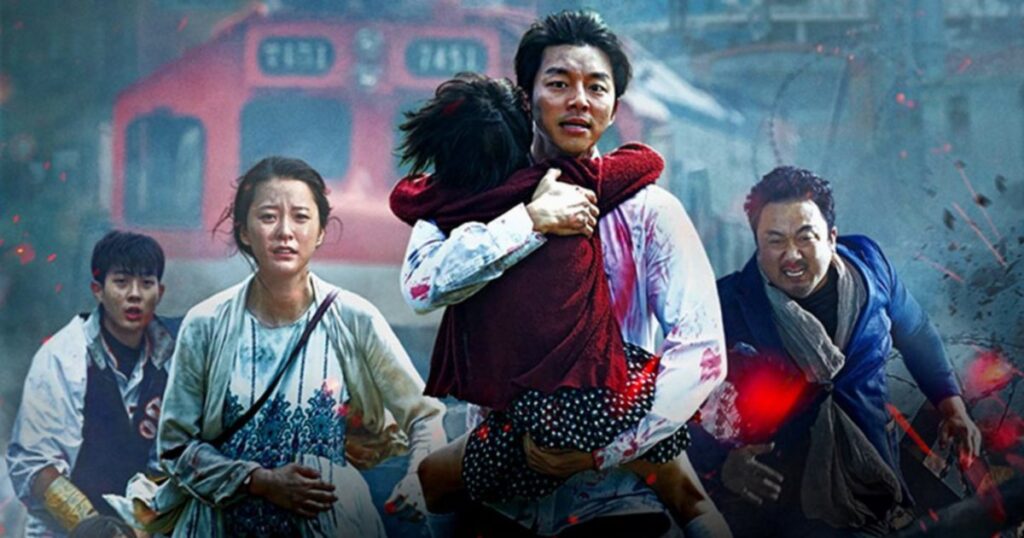 Most Zombie films take place in a somewhat open world. Zombie hordes surround homes, invade shopping malls and infiltrate major city streets. Train To Busan takes its story almost entirely on trains. The claustrophobic sets add an extra layer of terror, as there is nowhere really to go. You can’t run. The only hiding spots would be the incredibly small bathrooms located in each train car. And moving from car to car injects another level of danger. Train To Busan is truly unlike any other Zombie film I have ever seen.

With its incredibly scary, contained theme, and the amazing acting done by the entire cast (Zombies included), Train To Busan is a solid five out of five stars. It is available right now on Netflix. It’s subtitled, but it is a film that hooks you in from the first moment and keeps your attention laser locked. Train To Busan is a definite must see film on my Coron-apocalypse playlist!